By Cole Lovelady at Logitech G

By Cole Lovelady at Logitech G 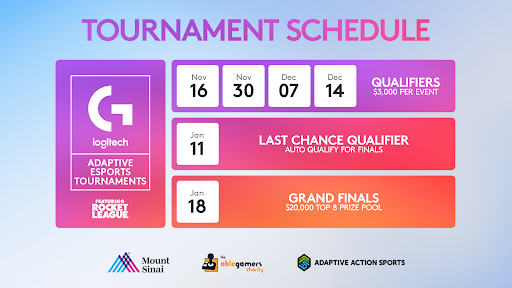 All players deserve a platform to shine. That’s why Logitech is proud to partner with AbleGamers Charity, Adaptive Action Sports, and Mt. Sinai for the Logitech G Adaptive Esports Tournaments.

Players with disabilities can connect, compete, and show off their skills in a series of 2v2 Rocket League competitions this winter. Five qualifying rounds, starting this November, will lead up to one Grand Final competition on January 18, 2023. 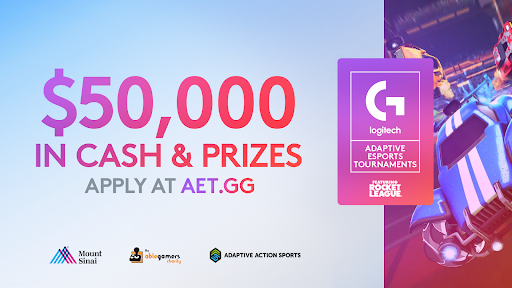 In the second-ever Logitech G Adaptive Esports Tournaments, players will compete for $50,000 in cash and prizes. The competition will be broadcasted on Twitch, with each round airing the following week.

Broadcasts will feature highlights from the competition, interviews with competitors, and exclusive giveaways. After each broadcast, we’ll be hosting our new Community Game Nights on Discord, where AET members can play games together, hang out, talk about esports, and win Logitech products. 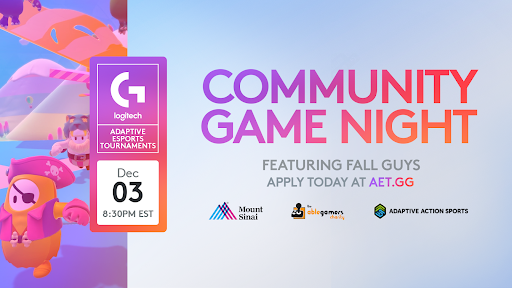 The all-virtual tournaments are completely free to enter. All competitors must meet Mount Sinai criteria as a person with disabilities, subject to interview and approval before registration.

New to the competition this year is a fundraiser for Logitech’s three AET charity partners. We’re proud to support these leading organizations in empowering the community by fundraising all season long! Donate today. Together we can make a difference.