SCE and Redondo Beach agree to a beautification plan for a valuable utility-owned ocean view property.

SCE and Redondo Beach agree to a beautification plan for a valuable utility-owned ocean view property.

As Redondo Beach Mayor Bill Brand surveys his city's otherwise pristine oceanfront landscape, he can't help but notice an unmistakable scar that has bothered the former airline crew chief since before he was elected to public office in 2009.

An AES gas-fired power plant surrounded by dirt, weeds and overhead power transmission lines sits next to a landmark sign that welcomes visitors to fish, boat and dine at King Harbor. There is an ocean view, but it's hardly picturesque. Now, thanks to an agreement with Southern California Edison, Brand and the city are preparing to transform the parcel at the top of the power line transmission corridor into a welcome sight for residents and visitors.

The electric company often receives requests from local governments or private businesses that want to use what can appear to be unwanted land that SCE owns under its transmission lines.

“People want to purchase the land, they want to license it, they want to build on it,” said Larry Chung, SCE vice president of Local Public Affairs.

In the past, SCE saw that demand as a potential revenue stream and, in some cases, leased the land for storage facilities, shipping container yards or other uses. But now that the impacts of climate change require a more aggressive effort to transition to clean energy and the widespread electrification of buildings, transportation and much of the economy, SCE is likely to need the land soon.

“The reason we own that land is in case there are future projects to improve the grid, make it more resilient or add battery storage,” Chung said. “We need that land to serve our customers.”

“It would be hard to undo projects if SCE must go back later when we need the land for transmission purposes,” said Diane Forte, SCE Government Relations manager in Local Public Affairs. "When considering a land use proposal, SCE's Land Management and Government Relations departments work together throughout the decision-making process to assess both the political landscape and the impact of the proposal on our future business needs."

SCE continues to work with local governments such as Redondo Beach to allow passive, temporary use of its land for walking or bike paths and other beautification projects. These projects benefit communities but retain the flexibility to be converted for energy storage or other grid-related projects when necessary.

“We want to be a good partner with the city,” said Roger Jung, the SCE land manager who negotiated the revocable five-year license agreement with the city. “Our secondary land use program allows third parties to use our property for low-intensity uses such as parks, trails, horticulture and other things that aren't permanent.” 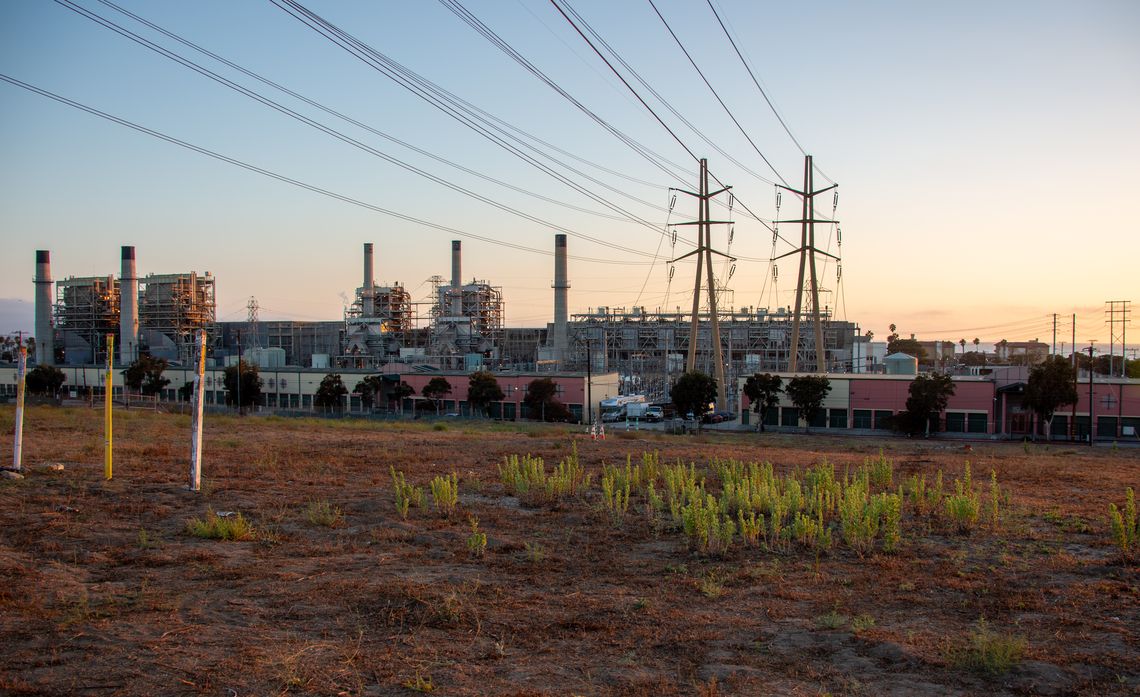 In addition to the fee, Redondo Beach will be responsible for maintenance of the property, including weed abatement, debris removal and homeless activity mitigation.

“We were happy to work with Southern California Edison, and I know our community will enjoy this land and the view,” Mayor Brand said.

“We do everything we can to increase the utility of our land for the residents of cities in our service area, as long as there are no permanent structures,” SCE's Chung said. “It's a win-win.”