Will the Storm Hit? Life During and After Superstorm Sandy

Will the Storm Hit? Life During and After Superstorm Sandy 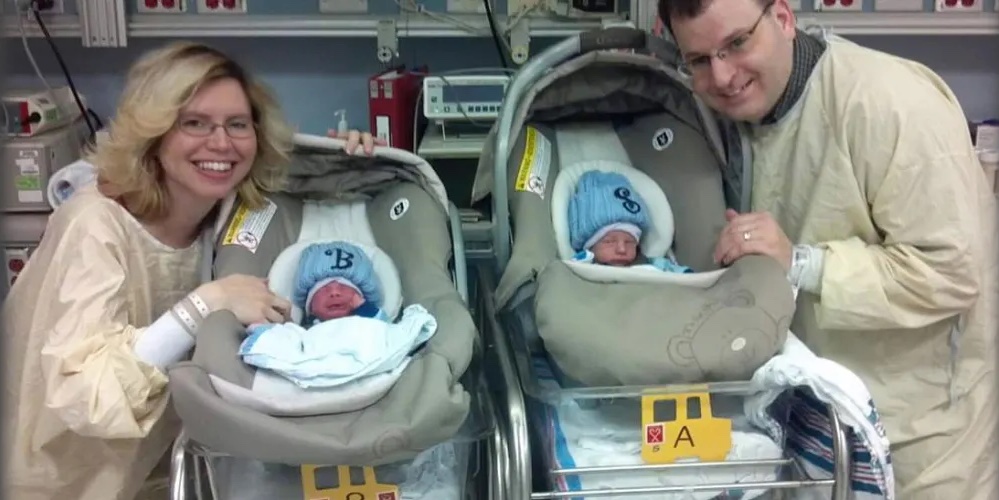 Right before Superstorm Sandy hit the state of New Jersey, I remember getting a call from my wife Valerie. “Will this storm hit us?” she asked, nervous and 6 months pregnant with our twin sons.

“Yes right up the middle of the state,” I responded. At the time, I was the planner for the Metropolitan Division and was responsible for all the circuits in the division, including circuit design and managing circuit load. Although we were given a warning about five days before Sandy came in, we couldn’t have predicated the extreme damage that would result from the storm.

That was the beginning of a journey that involved 15 straight 16-hour overnight shifts.  The first night shift is always the hardest. Sometimes, you’re up for 30 hours. Your body has to adjust to being up at night and sleeping during the day. It didn’t help that when I went home there was no power.

Like many others, my home’s power went out right after Sandy hit, and it was out for almost two weeks. Thankfully, my wife was able to stay with her aunt who had only lost power for two days. I was glad my wife was able to go somewhere familiar, safe and that had power for all her needs during pregnancy. As for me, after my shift, I would go home and use candles for light. The only thing we had for heat was hot water, so I would shower for warmth and then curl up in three blankets to sleep until my next shift.

That pattern continued for the next 15 days as we worked to restore our customers. My main responsibility was reviewing the outages and creating materials packets for the Mutual Aid crews that contained maps and information about damages at specific locations. Many roads were flooded and gas was hard to come by, with long lines at all the gas stations. Eventually, I had to get a hotel room because the job site was almost 90 minutes away from my home. 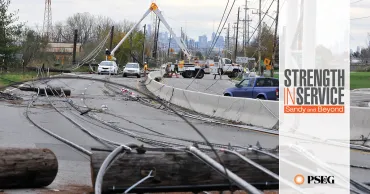 Hard work, a lot of coffee, and team work that got me through that storm. It wasn’t until mid-November that I was working normal shifts again. It was such an intense period. It was only 15 days, but it felt like months.

To top it off, as things were starting to return to normal – around Thanksgiving – my wife went into premature labor at only 33 weeks pregnant. There was another snow storm that morning, so it took me almost three hours to get to the hospital. The boys, Sean and Bryan, were almost seven weeks premature and had to spend 15 days in the NICU. Fifteen seems to have been our number in 2012.

I’m grateful to have worked for PSE&G for 21 years, starting as an intern right out of college at New Jersey Institute of Technology. I always feel like my bosses are looking out for my career and my family. When my sons were born, PSE&G was extremely supportive. Along with the twins, my wife was in the hospital after the birth of our sons because there were some complications. I was allowed to work some days from home, this was far before work from home was even thought of. It’s hard to work a normal eight-plus hour day and have time to go to the hospital. Thankfully, the boys are doing great now, and they’re even learning to ride bikes. 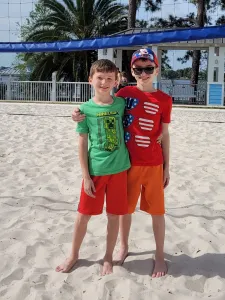 Today, I work storms as operations support. It’s amazing how many different people you meet, and the comradery in the late shifts is great. You’re there every day for 16 hours, working to restore customer’s power. Those late shifts through a storm, sometimes feel like going through a war together. Going through the storms is like a badge of honor. But we do it, because at the end of the day, we want to help customers.