Extreme weather events such as droughts, flooding and heat waves are only the most recent visible signs of climate change and are having devastating impacts on our environment and communities. As temperatures continue to rise, it is clear that everyone—including businesses, governments and consumers—will need to take action and play their part to combat the effects.

At Meta, we recognise the urgency to act against climate change and have set an ambitious target to be net zero by 2030 across our entire value chain–while we have already reached net zero for our own operations in 2020.

Beyond managing our own operations, we can considerably further our impact by supporting the various communities that use our tools, such as small and medium-sized businesses (SMBs) who make up the vast majority of the 200 million businesses who use our apps and services around the globe.

Individually, SMBs’ climate actions may have a small impact, but when brought together, their collective power is immense. SMBs account for 99% of businesses in the EU, provide nearly two-thirds of total employment in Europe and contribute to over half of Europe’s GDP. SMBs also account for 63% of business emissions in Europe. SMBs’ actions do not just influence their own emissions, but can also influence the actions of the businesses and communities around them. When SMBs go green, they send strong messages of change to their suppliers, customers and local neighbourhoods. 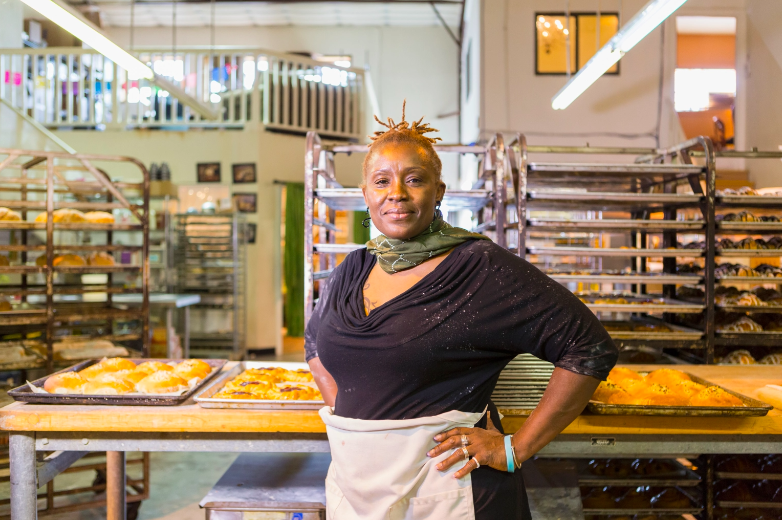 Today in partnership with Accenture, we’ve launched a new report called Unlocking the Potential of SMBs in Climate Action which explores what small and medium sized businesses say they need to help them tackle climate change.

There are three main takeaways.

The report shows that 69% of SMBs require external funds to take climate action. Yet less than 3% of total financial support for green initiatives across more than 90 countries is SMB-related.

The climate change landscape continues to evolve rapidly, with information typically designed for a broad audience, making it difficult for SMBs to digest what this information means for them. The report found that 63% have delayed their climate actions due to a lack of skills and knowledge.

There is an opportunity for clearer standards, policies and guidelines tailored specifically to the SMB sector to help cut through the noise to address what climate actions they should be considering.

The report found that 40% of SMBs have delayed their climate actions due to a lack of time.

Training, tools and technical capacity to reduce the burden on time-poor SMBs could help them progress climate action in parallel to their day-to-day activities.

There is an opportunity for large enterprises to fill this gap with online training, such as the Meta Boost Guide to Green programme, which aims to equip SMBs with practical steps to take action. Since launching last year, over 1.3 million SMBs have been reached with the programme training, which is designed to be concise and relevant to time-stretched SMBs.

Climate change is one of the most pressing issues of our time and everyone needs to play their part in tackling it. My hope is that this latest report will help shine a light on the vital but often overlooked role SMBs can play in tackling climate change if they are given the support they so urgently need.

Read the full Unlocking the Potential of SMBs in Climate Action report.