DICK'S Sporting Goods is proud to sponsor a movement dedicated to keeping girls engaged in the games they love.

DICK'S Sporting Goods is proud to sponsor a movement dedicated to keeping girls engaged in the games they love. 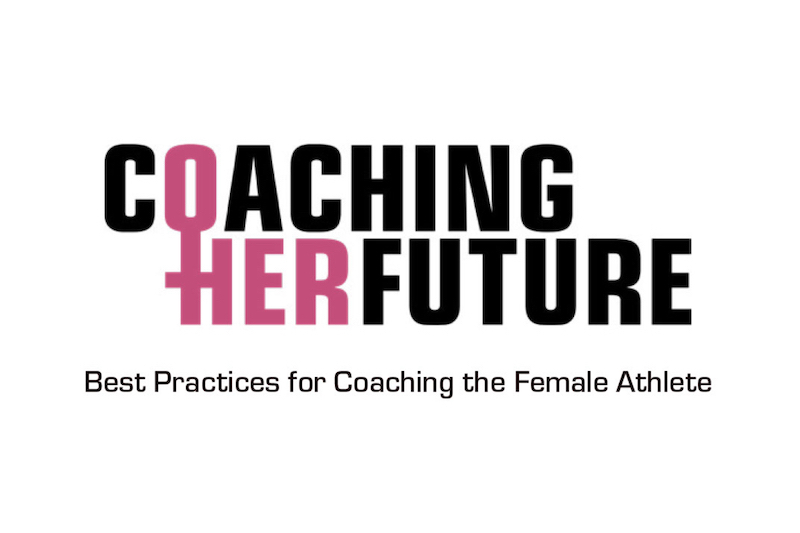 When female athletes leave sports behind, familiar stories of why they quit are all too often left in their wake. Kim Myers, a DICK’S Community Marketing Manager, set out to bring the stark awareness to others.

Kim, a mother of six in Binghamton, New York, and an athlete herself, could understand many of the reasons why girls opted out of sports; so, she set out to develop a clear mission to help keep girls in the game by ensuring their needs are met both on and off the field.

“Everyone that I spoke to about this had a relatable story,” said Kim. “Every single one of them agreed there’s a problem and said, ‘This has to be addressed because coaching females is different -- it just is.’”

Out of those conversations came the inaugural Coaching Her Future event, which took place Aug. 29 at the Binghamton University Events Center, six weeks from her initial idea. Kim pulled in Kate Hillis of Leroy & Clarkson to create a brand and tapped Nancy Easton of Wellness in the Schools to develop curriculum. The event brought in local and national coaches of all skill levels committed to supporting female athletes and delivered actionable items to help keep girls playing sports.

With stories from coaches, mental health professionals and female athletes, the event addressed everything from coaching techniques, uniforms, and the changing body of a teenage girl. Female athletes drop out of sports at almost two times the rate of males, coupled with the fact that girls already have 1.3 million fewer opportunities to play high school sports than boys. Coaching Her Future set out to change these statistics and keep girls in the game. 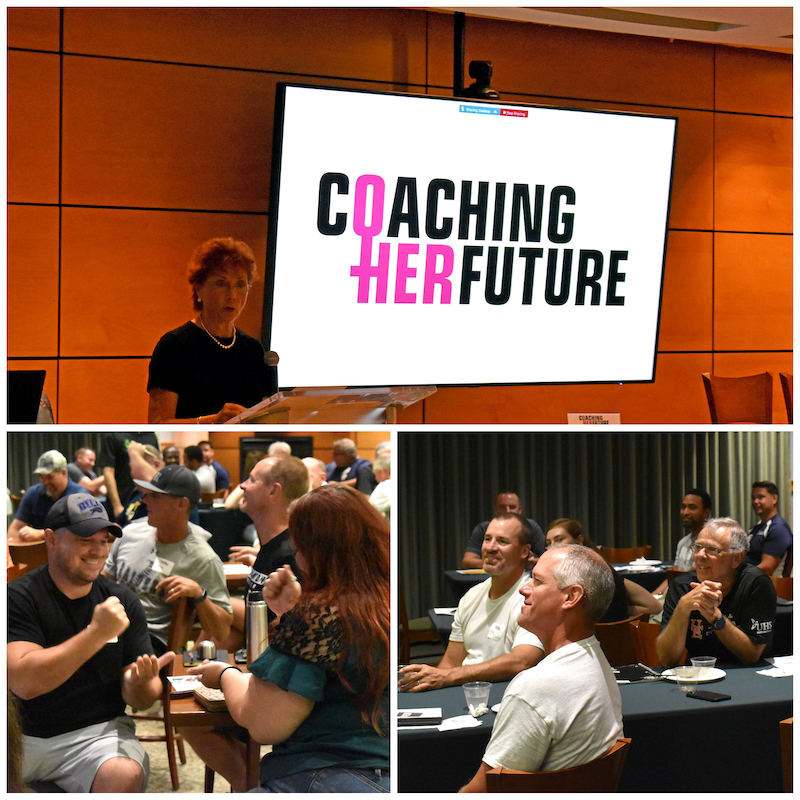 “I was beyond proud and humbled by the experience,” said Kim. “I was blessed to have assembled a group of people who were not just going to acknowledge there’s a problem, but also said, ‘What are we going to do about it? How do we do better?’”

King Rice, who played basketball at the University of North Carolina and now coaches the Monmouth University men's basketball team, moderated the panel event. King, born and raised in Binghamton, is a local legend. His first job was at the original DICK’S Sporting Goods store in his hometown. He was all-in after meeting with Kim, shooting some hoops with her daughter in the driveway and talking with other coaches and athletes about why girls drop out of sports.

"I was shocked, it never occurred to me." said King. "I never realized all the issues a female athlete faced. I said if there was anything I could do to help, I would."

"I thought the event was a huge success," said Bridget. "I'm grateful that I was included and learned a lot from the speakers and all the attendees. Being back in Binghamton, my hometown, was extra special. The turnout was awesome, I loved to see how passionate all the coaches were about girls in sports. It’s exciting that people are finally beginning to realize that coaching female athletes is much different than coaching males. I talked about giving girls confidence by celebrating the little things, offering praise and encouragement along with building trusting relationships with each player."

The audience was filled with coaches, eager to learn. One coach, who was also the father of a female athlete, stood with tears in his eyes and told how his daughter struggled to overcome an injury and thanked the group for addressing the mental health needs of young athletes. Another spoke of the negative effects he’d witnessed when an opposing coach yelled at his players, cursing and belittling the athletes when the team was huddled.

"Gone are the days of just doing what the coach says," said King. “It’s so important to listen, make sure the kids feel good about themselves and know that you care about them."

“There are clear differences between male and female athletes and as such, coaches need to understand the individual needs of their athletes, understanding the girls they coach are unique and require different approaches to reach their goals than their male peers,” added panelist and psychology professor Dr. Nadine Mastroleo.

With the 50th anniversary of Title IX upon us, Coaching Her Future strives to arm coaches with best practices for coaching females. We can do better for female athletes, so lace up and support the movement to keep girls in the games they love.