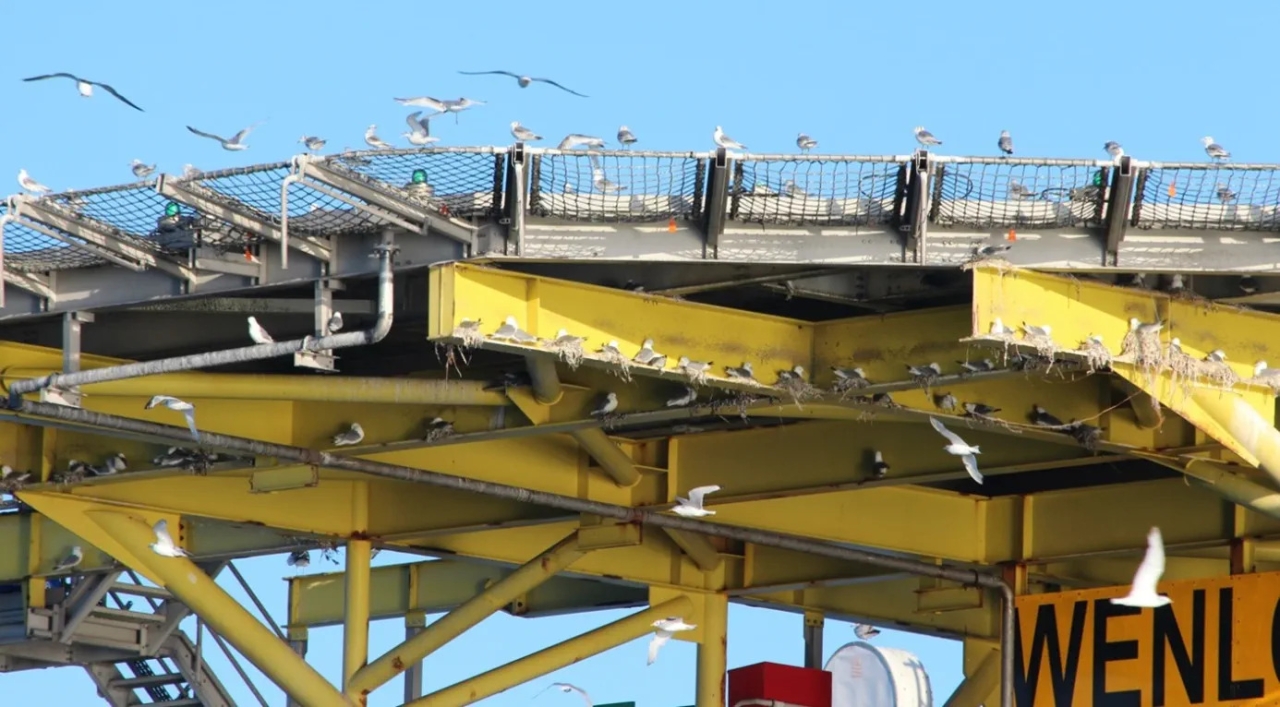 The provision of artificial nesting sites is considered a viable compensation measure for the potential impact of offshore wind development on certain seabird species, including the black-legged kittiwake (kittiwake). Kittiwake have been observed readily utilising man-made structures and Orsted’s recent offshore surveys of platforms in the North Sea have shown large numbers of nests on a number of platforms.

The preferred option for repurposing is the Wenlock field gas platform owned by Alpha and Energean – situated in the Southern North Sea, 98km north-east of the Bacton Gas Terminal in Norfolk.

An MoU has been agreed which will allow the parties to collaborate in exploring how to repurpose the Wenlock platform as a dedicated kittiwake nesting site. Orsted is currently progressing through the Planning Inspectorate Development Consent Order process and these discussions will remain subject to ongoing consultation with key stakeholders and regulators.

Orsted engaged extensively with installation owners in the Southern North Sea to identify candidate platforms, while undertaking its own survey to confirm the distribution of nesting kittiwake colonies across gas facilities in the area. The surveys also assessed the suitability of the platforms to provide compensation while taking into account their respective decommissioning timeframes and the willingness of platform owners and operators to consider adapting plans to facilitate innovative repurposing.

The Wenlock platform has an established kittiwake colony with around 69 apparently occupied nests counted in the June 2022 survey - an increase in number when compared to past counts. The platform is nearing the end of its economic producing life and is scheduled for the plugging and abandonment of wells from 2023. Following decommissioning this nesting site would no longer be available, but the repurposing of the Wenlock platform, with the topside design developed to attract further nesting kittiwake, presents an opportunity to preserve and increase this colony for many future breeding seasons ahead.

The topside design will be adapted to the architecture of the platform in order to maximise the use of existing structural elements and the new nesting space created, while at the same time minimising disturbance to the seabirds which are already nesting at Wenlock.

Graham Walters, Alpha’s Chief Operating Officer, said “Alpha is very pleased to be working with Orsted to re-purpose our Wenlock platform to support the renewable industry in a first for a UK gas platform and to be playing our part in the UK energy transition”.

Fiona Goodfellow, Energean UK country Manager, commented: “Environmental, Social and Governance (ESG) is at the heart of Energean operations and we are delighted to have partnered with like-minded organisations on this project. It is particularly pleasing to work towards a positive and lasting legacy from our UKCS operations. The Wenlock platform has already established itself as a new seabird nesting site and we are very excited to see plans progressing which may assist this valuable kittiwake population to prosper and grow long into the future.”

Jamie Baldwin, Hornsea Four Project Director at Orsted, said: “As a responsible offshore wind developer, we are always keen to explore innovative opportunities to ensure that our projects are developed, constructed and maintained as sensitively and sustainably as possible. We look forward to continuing our work with Alpha and Energean to investigate the potential for repurposing existing offshore structures as part of a tool-box of ecological compensation measures.”