Ørsted is proud to announce that the world’s largest installed windfarm, Hornsea 2, is now fully operational.

Ørsted is proud to announce that the world’s largest installed windfarm, Hornsea 2, is now fully operational. 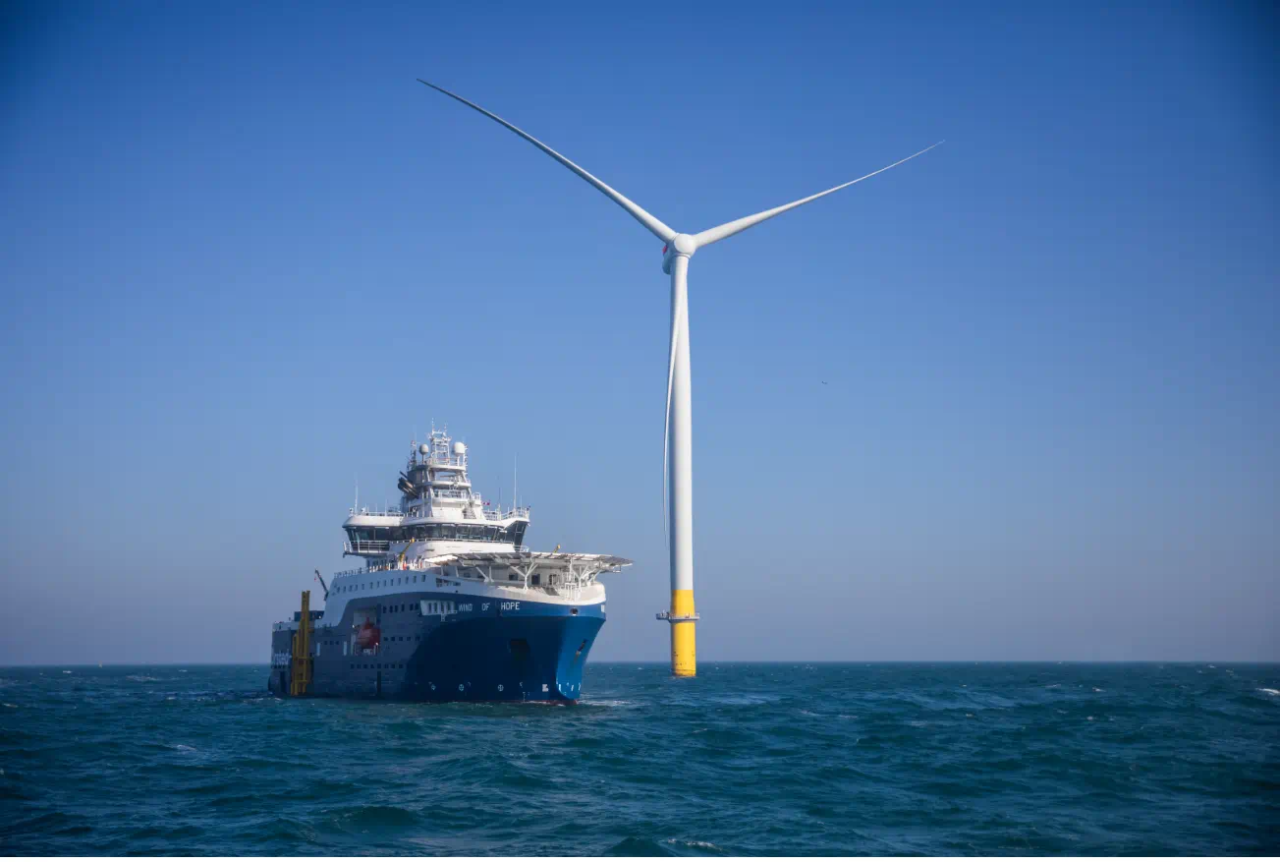 September 27, 2022 /CSRwire/ - The 1.3GW project comprises 165 wind turbines, located 89km off the Yorkshire Coast, which will help power over 1.4 million UK homes with low-cost, clean and secure renewable energy. It is situated alongside its sister project Hornsea 1, which together can power 2.5 million homes and make a significant contribution to the UK Government’s ambition of having 50 GW offshore wind in operation by 2030.

The Hornsea Zone, an area of the North Sea covering more than 2,000 sq km, is also set to include Hornsea 3. The 2.8GW project is planned to follow Hornsea 2 having been awarded a contract for difference from the UK government earlier this year.

Hornsea 2 has played a key role in the ongoing development of a larger and sustainably competitive UK supply chain to support the next phase of the UK’s offshore wind success story. In the past five years alone, Ørsted has placed major contracts with nearly 200 UK suppliers with £4.5 billion invested to date and a further £8.6 billion expected to be invested over the next decade.

Ørsted now has 13 operational offshore wind farms in the UK, providing 6.2GW of renewable electricity for the UK – enough to power more than 7 million homes. Hornsea 2 makes a significant contribution to Ørsted’s global ambition of installing 30 GW offshore wind by 2030. Ørsted currently has approx. 8.9 GW offshore wind in operation, approx. 2.2 GW under construction, and another almost 11 GW of awarded capacity under development including Hornsea 3.

Patrick Harnett, Vice President UK Programme, Ørsted, said: “This project has been an amazing endeavour. To build the world’s largest offshore windfarm during a global pandemic has been a challenge that the team have overcome with flying colours. I am so proud of how our team has worked together to safely deliver this remarkable project. A huge thank you to all those involved in making it happen.”

Darren Ramshaw, Vice President, and Head of UK East Coast Region, Ørsted said: “Thanks to all those who have built the windfarm, our operations and maintenance teams are already at work. Hornsea 2 is another brilliant addition to our East Coast portfolio. Now Hornsea 2 is fully operational, our total capacity from Grimsby is 3.8GW, providing enough electricity to power 3.3 million homes. And it does not just stop there, by 2030, we will be on track to power over a quarter of UK households. Our teams here work tirelessly on making sure Britain is powered by clean energy.”

Duncan Clark, Head of Region UK at Ørsted, says: "The UK is truly a world leader in offshore wind and the completion of Hornsea 2 is a tremendous milestone for the offshore wind industry, not just in the UK but globally. Current global events highlight more than ever the importance of landmark renewable energy projects like Hornsea 2, helping the UK increase the security and resilience of our energy supply and drive down costs for consumers by reducing our dependence on expensive fossil fuels.

“Not only will Hornsea 2 provide low cost, clean energy for millions of homes in the UK, it has also delivered thousands of high-quality jobs and billions of pounds of investment in the UK’s offshore wind supply chain. We look forward to working with government and industry colleagues to continue to accelerate the deployment of offshore wind for the benefit of homes and businesses across the country.”

Hornsea 2 has also seen a number of other significant milestones during construction including the award winning Thrive safety programme, a legacy project for the wind farm and designed to be an innovative learning centre that will continue to benefit industries across the Humber.

The project has also supported innovation, such as the development of the ‘Get Up Safe’ (GUS) motion-compensated lifting system by Pict Offshore. The company, which following development work with Ørsted received support from Scottish Enterprise, developed a new technology for lifting technicians onto wind turbine platforms that is safer, simpler and more effective.

In October 2020, the project donated £1 million to the Horizon Youth Zone that will be built in the centre of Grimsby. This hub will be a brilliant place for young people to meet and learn new skills.

Just over a year ago, Ørsted announced its 1000th turbine in UK water and welcomed a state-of-the-art new service operations vessel to their fleet, Wind of Hope.