15 years of One Yuan Donation: Promoting a Culture of Giving in China

15 years of One Yuan Donation: Promoting a Culture of Giving in China

Poverty alleviation remains a persistent challenge around the world. As China’s largest restaurant company, a key focus of Yum China’s CSR efforts is on improving the dietary quality of children living in remote areas.

In 2008, Yum China and the China Foundation For Rural Development (formerly known as the China Foundation for Poverty Alleviation) jointly launched the "One Yuan Donation" program. Now in its 15th year, the program is running at KFC, Pizza Hut, Taco Bell, and Little Sheep restaurants across China, as well as across various online channels every August for around three weeks, inviting employees and the public to donate a small amount to the campaign.

As one of the earliest and largest mass giving campaigns in China, the "One Yuan Donation" program has inspired millions of consumers, employees, and suppliers to donate, giving rise to a plethora of similar campaigns as well. As Yum China's flagship CSR campaign, the program has been at the forefront of promoting a culture of generosity in China. 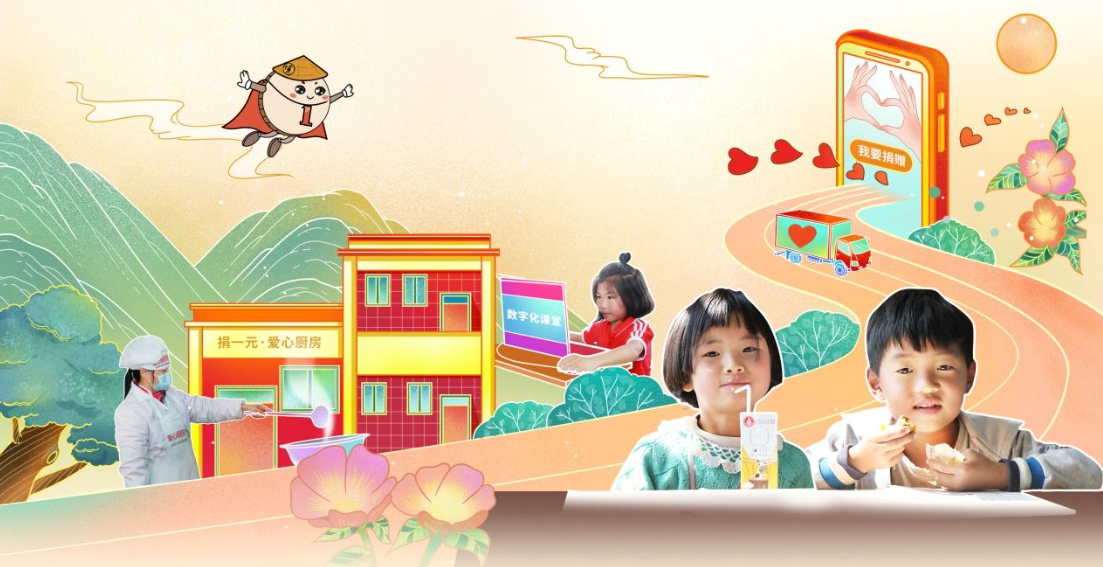 Milk and eggs: a bountiful breakfast filled with the best memories

According to Lv Xin’s memories, breakfast was quite a luxury in his youth. Coming from the town of Xueshan, one of the poorest, most remote towns in Yunnan province, Lv had to spend 5 hours getting to school when he was a student.

“It’s about 10 miles from my home to school, and every Monday morning we had to walk there,” Lv said, going on to recall that, “It took us 4-5 hours to get to school, walking on the dark mountain road until dawn would break through the early morning gloom.” Worse yet, Lv and his classmates would be hungry throughout the entire morning, as breakfast wasn’t served at school.

“We were so hungry on Monday mornings that we couldn’t focus on class,” Lv said, adding that, “all of my classmates are shorter than they should be due to malnutrition growing up. I didn’t even taste milk until I was nine.” Things changed when Lv was in fourth grade. For the first time, Lv and his classmates tried milk. “ We got two eggs and a bottle of milk before class, ”Lü said, recalling that, “we were asked to finish the meals at school so that we could have enough energy to take class.” 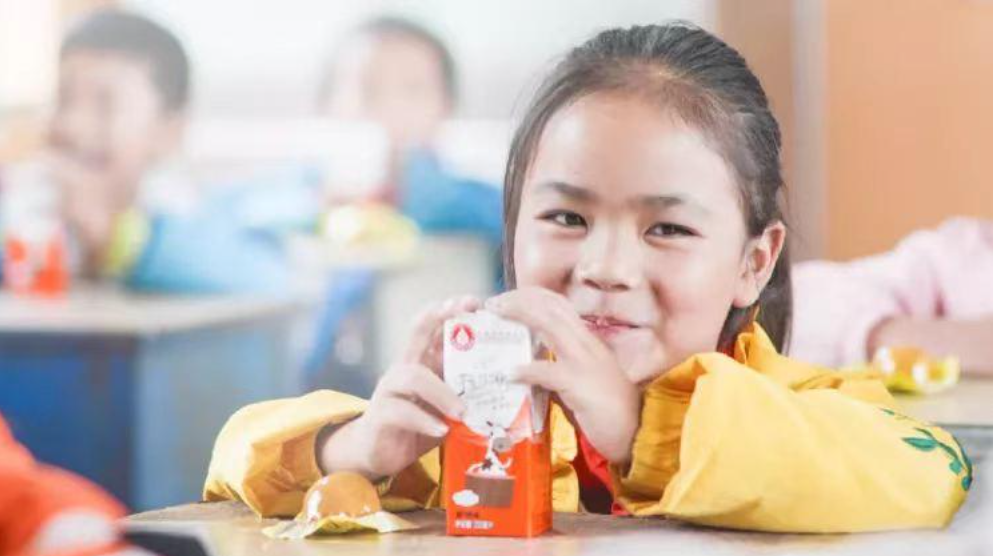 At first, everyone thought it was temporary, however, they found that every morning this nutritious meal was on their desks at the same time. Their teacher told them that it was a donation from some generous people from some faraway cities and that it would continue in the future.

Throughout primary school, Lv and his classmates were always able to receive milk and eggs, and even after graduation, this generosity continued. “Even still to this day, I can perfectly remember the exact moment when I tried to drink the milk for the first time,” Lv said. 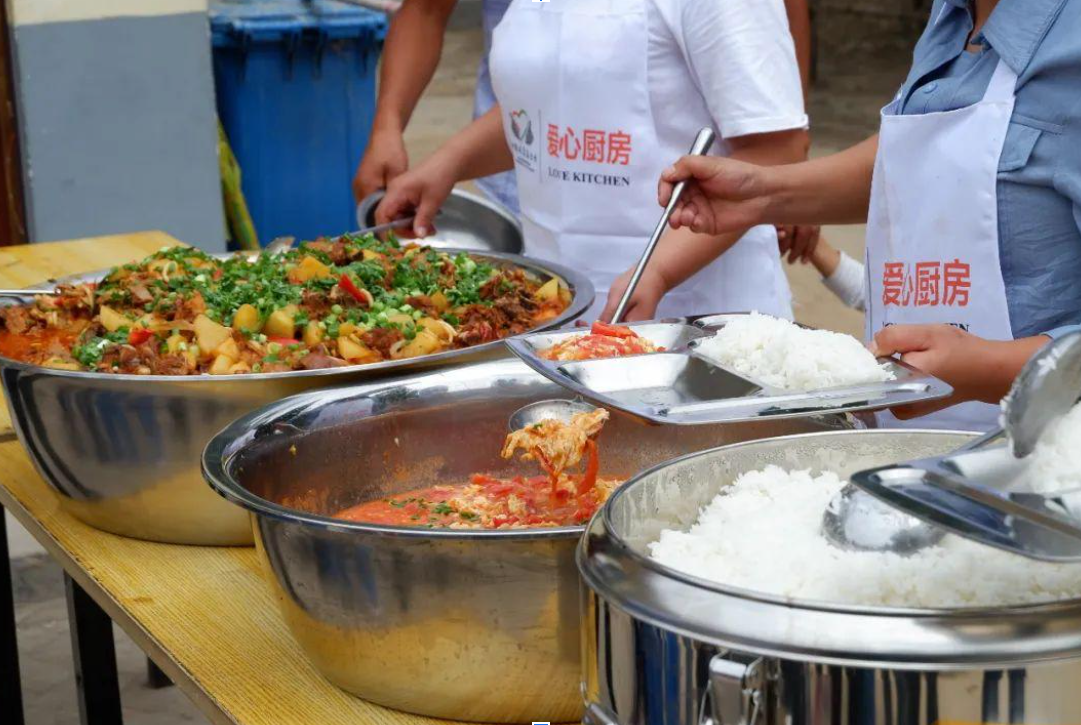 Throughout the past 15 years, Yum China has helped countless children, like Lv Xin. The company has expanded the program to donate more modern, environmentally friendly kitchen equipment to schools in remote areas, so students could receive healthy and hot meals.

At noon in Bomo Primary School in Guangnan County, students are lining up to get their “upgraded” lunches, which are not only delicious but environmental-friendly as well. The kitchen at the Bomo Primary School used to be inefficient. The old earthen stoves burned firewood, which didn’t usually cook the rice and vegetables well.

“The cooks tried their best, but the dishes made with the earthen stoves were still hard to swallow,” said Yang Huaping, the principal of the Bomo primary school, adding that, “The One Yuan Donation program has helped us remodel the kitchen, replacing the earthen stoves with modern electrical ones. Now, we also have refrigerators to better preserve food.” 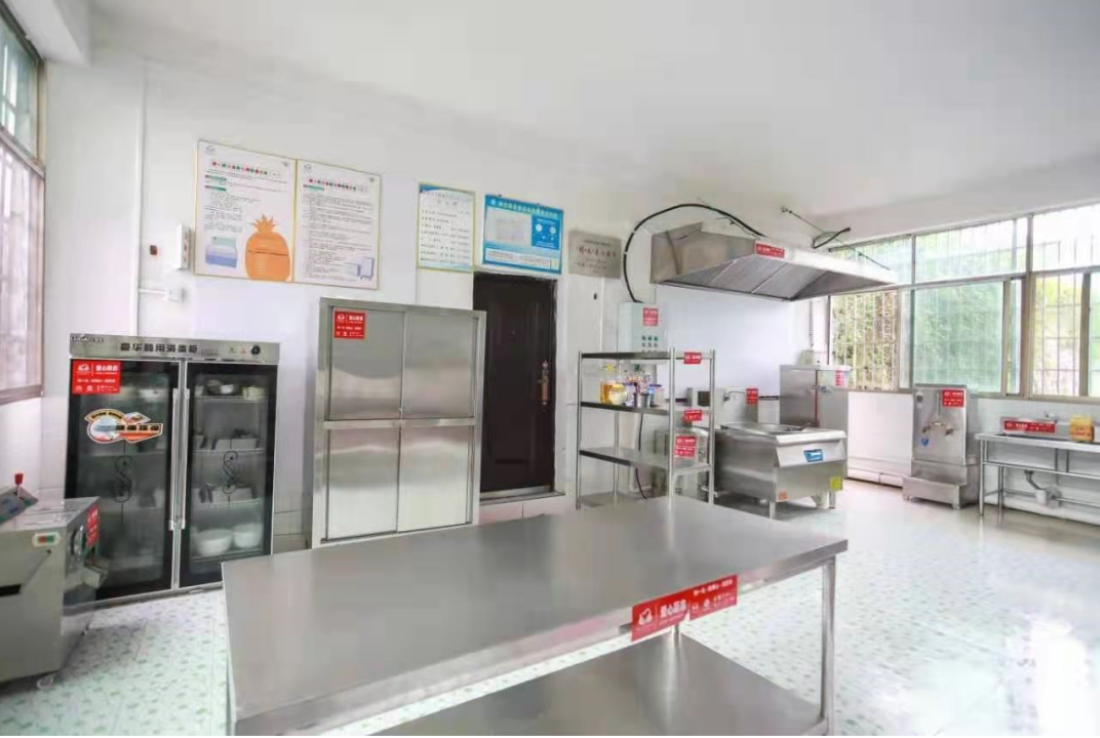 “Today, a single cook can prepare lunch for 200 children in two hours. Moreover, all the equipment is powered by electricity; which not only saves energy but is also better for the environment,” Yang Huaping said.

The One Yuan Donation program has already equipped 1,300 schools with modern kitchen equipment, and that number continues to grow. More importantly, the modern kitchen has not only solved the problem of lunch for students, but it has also been able to serve as an emergency food supply station during natural disasters, crucially allowing food to be served to the community in times of need.

After 15 years, the One Yuan Donation program has attracted more than 130 million customers to participate in it and has accumulated over RMB 230 million. This has helped provide around 55 million nutritious meals to students in remote areas and has allowed modern kitchen equipment to be installed in more than 1,300 primary schools, benefitting children in 14 different provinces and autonomous regions, including Yunnan, Sichuan, and Guizhou.

In 2021, Yum China ranked # 363 on the Fortune 500 list and was named to TIME100 Most Influential Companies list. Yum China has also been selected as member of both Dow Jones Sustainability Indices (DJSI): World Index and Emerging Market Index. In 2022, the Company was named to the Bloomberg Gender-Equality Index and was certified as a Top Employer 2022 in China by the Top Employers Institute, both for the fourth consecutive year. For more information, please visit http://ir.yumchina.com.