A Bright Idea for Promoting STEM Education: Bring It Into Community Spaces

A Bright Idea for Promoting STEM Education: Bring It Into Community Spaces

A new education center at a riverfront park in Stamford, Connecticut, is connecting the community to nature and teaching applied science to promote sustainability and inspire the next generation of science, technology, engineering and math (STEM) professionals. As climate change and biodiversity loss accelerate, motivating people to care about how their actions and career choices affect the environment is more important than ever. The nonprofit Mill River Park Collaborative is a shining example of how local projects can benefit from corporate partnerships and strive for big impacts with long-term results by connecting the community’s youth to relevant hands-on science and environmental instruction. 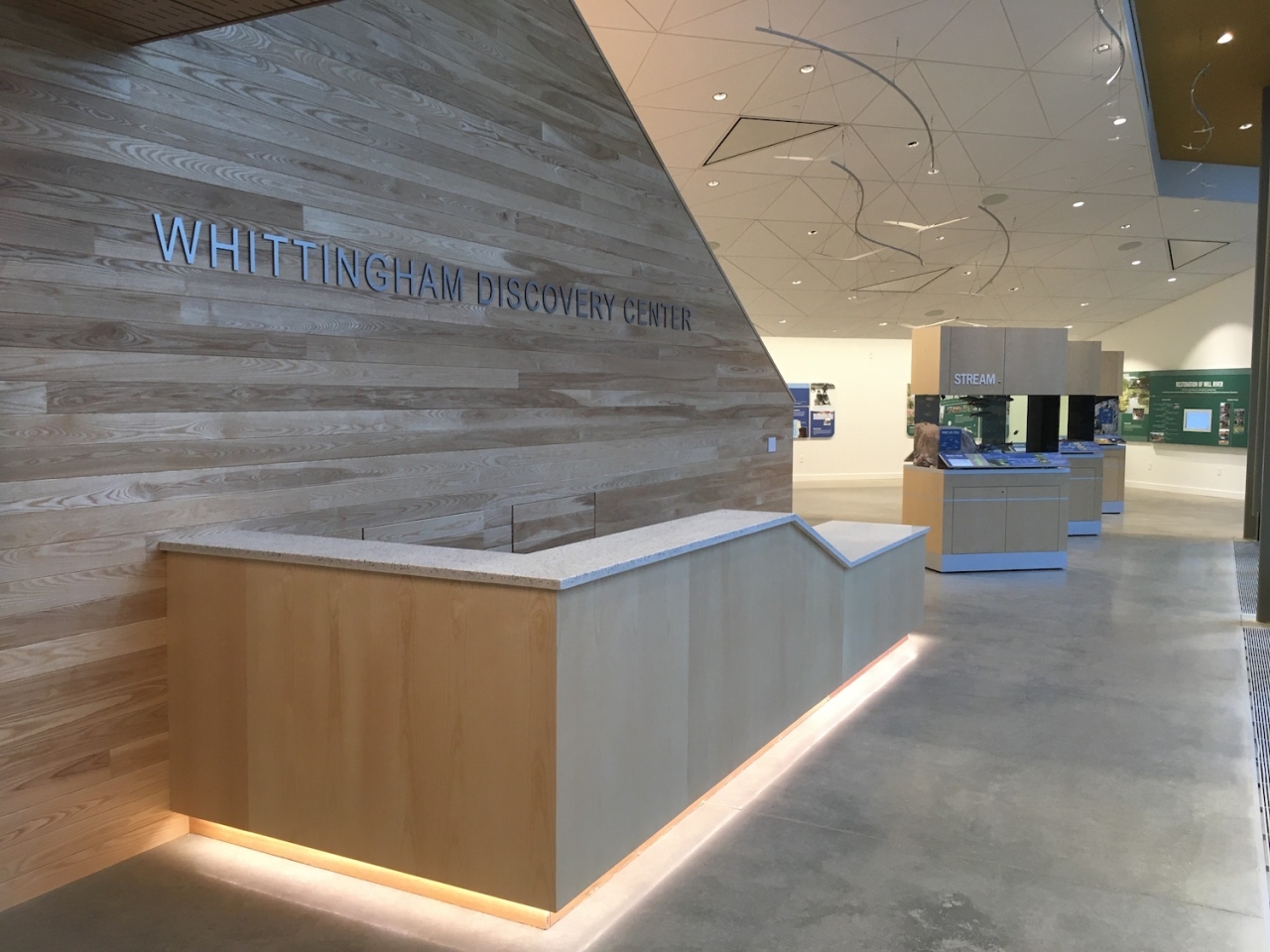 From a “trash dump” to a revitalized ecosystem and community center

Mill River Park was a long time in the making, almost a century if the town’s forgotten plans count. Before the park opened in 2013, the area was far from the lush blue and green space that planners imagined. Instead of being a locus for families and recreation, “It was basically treated like a trash dump,” Kristia Janowski, the park’s director of education and sustainability, told TriplePundit candidly.

Transforming the waterfront was a group effort spanning decades and involving the U.S. Army Corps of Engineers. The Corps removed two dams and concrete channel walls, restoring the river banks to a natural state. By doing this, they made it possible for the river banks to absorb excess floodwater, effectively removing the 100-year floodplain from downtown Stamford, Janowski explained.

Mill River Park Collaborative grew out of a partnership between the city of Stamford and The Trust for Public Land. They are tasked with maintaining and continuing the restoration after the Corps left, Janowski said. No less important are the countless volunteers, companies and organizations that continue to help the Collaborative maintain the river, native meadows and green space today, making it truly a community endeavor.

As exciting as the riverfront’s metamorphosis has been, the recently opened Whittingham Discovery Center makes Mill River Park extra special. In describing the educational space that has been a part of the plan for the park all along, Janowski said, “It’s about connecting people with nature.”

The building itself is symbolic of this goal. It was constructed to emulate the natural environment and use solar panels, with the expectation that it will supply roughly 85 percent of its own energy. The center is curated with museum exhibits relevant to the local area, including fish tanks that house local species. Classrooms throughout the complex — including one made possible by a partnership with Henkel North America — focus on how STEM fields relate to nature.

The park rang in its first field trips and test classes this past spring. Full programming will start in the fall with grades three to five and will eventually expand to include students from kindergarten through high school. “Classes will explore a concept through experiments in the lab, and go outside to discover how that same concept shows up in the natural world,” Janowski said. Lessons will cover topics like sustainability, conservation of energy, waste reduction, biomimicry, reduced packaging, solar panels and more.

“Ultimately this is going to be a place to broaden awareness of sustainability and environmental issues,” Janowski said, adding that the park will “provide a place for people to connect to nature in a city environment.” As for the goals of the park and the science center, she hopes to help people make that connection with nature first and then teach them the science behind the natural environment. “When we realize we’re connected, we care more,” she said. 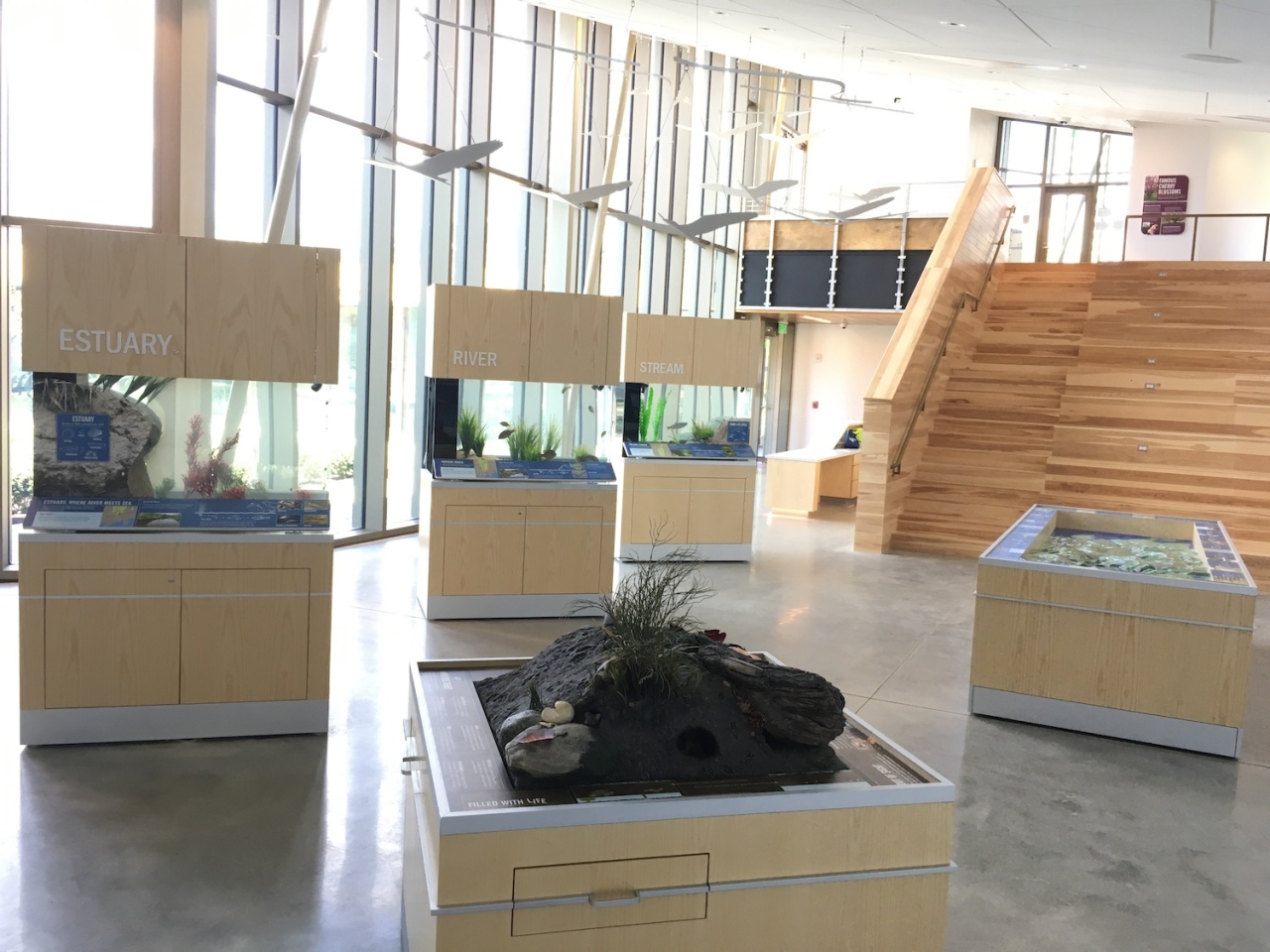 The educational programming provided in the science center’s classrooms will be a big part of achieving those goals. One of the classrooms is sponsored by Henkel North America as part of its youth STEM outreach program, Researchers' World, which has already reached 81,000 children in 19 countries. “The classroom features science lab equipment and workstations customized for up to 20 elementary-school-aged children,” said Jennifer Schiavone, Vice President, Corporate Communications, Americas and the program’s executive sponsor at Henkel in North America. A mobile Henkel Researchers' World Discovery Cart serves as a weekend extension of the classroom, reaching students throughout the park with interactive lessons.

Janowski described the classroom as very kid-focused, with fun cartoon canvasses and a colorful Researchers’ World rug designed to create an inspiring atmosphere for learning. Educators will partner with Henkel to inspire students in the local community using Henkel lessons that have been developed in partnership with a leading university in Germany and adapted for the park. One such lesson is on adhesives, which involves lessons in the lab and a trip into the park to observe naturally sticky substances — reinforcing what students learned in the classroom.

The partnership between Mill River Park and Henkel is one of shared purpose and vision. “We’re passionate about growing Henkel Researchers' World in North America to help reach the next generation of scientists and spark their curiosity around STEM learning,” Schiavone told us. “Setting up our dedicated classroom helps us meet the need to reach more children with STEM education in a growing and diverse local community.”

In fact, Mill River Park is in a prime location to bring STEM education to a diverse and historically underserved community. While the river used to act as a boundary between the downtown core and the West Side, Stamford’s poorest area, the greenway now brings the two neighborhoods together. The park is also the ideal place for Henkel North America to get involved — both because its headquarters are located a few blocks away and because of the organizations’ shared values. “The program engages youth with hands-on interactive experiments created to inspire curiosity in science,” Schiavone said.

A legacy of environmental education

“I hope to influence the next generation toward changing how they do their jobs,” Janowski said of the future benefits she anticipates for children who visit the center. As an example, she mentioned an architect and how being introduced to sustainability as a child might affect how they design buildings as an adult. “Get them thinking,” she said. “Long-term, environmental thinking, sustainability-minded, with career fields in STEM.”

For brands looking to merge purpose and profit, Researchers’ World provides an example worth emulating. As a manufacturer of consumer goods like detergents and adhesives, STEM is Henkel’s thing. It’s a natural fit for the company to share scientific knowledge and look to get kids of all backgrounds involved in STEM, as the effort both reflects its purpose and helps it to grow a diverse pipeline of scientists for the future.

Schiavone expanded on why partnering with the Mill River Park Collaborative made sense for the company: “Sustainability drives everything we do at Henkel. Our sustainability strategy is inspired by our purpose: Pioneers at heart for the good of generations. With our pioneering spirit, our knowledge, our products and technologies, we want to enrich and improve the lives of billions of people every day — and shape a viable future for the next generations.”

This article series is sponsored by Henkel North America and produced by the TriplePundit editorial team.