American Airlines Continues Its Efforts To Diversify the Flight Deck With a $1.5 Million Donation to the Organization of Black Aerospace Professionals

American Airlines Continues Its Efforts To Diversify the Flight Deck With a $1.5 Million Donation to the Organization of Black Aerospace Professionals

“Our strength lies in having a team, especially pilots, that represent the diverse communities we serve,” said American CEO Robert Isom. “We must expose young people to careers in aviation, provide relief to financial barriers and increase the number of underrepresented minority pilots on the flight deck.”

The contribution will provide resource grants and scholarships to the Lieutenant Colonel Luke Weathers Flight Academy to recruit and train pilots with diverse backgrounds and support the airline’s efforts to help the industry diversify the flight deck.

“The Luke Weathers Flight Academy is a one-of-a-kind training ground where students of all backgrounds, especially aspiring pilots of color, can receive the training, support and mentorship pivotal to their success in the pilot profession,” said Ret. Captain and Co-Director of the Luke Weathers Flight Academy, Albert Glenn. “American’s support will only amplify our ability to prepare more aviators for successful careers.” 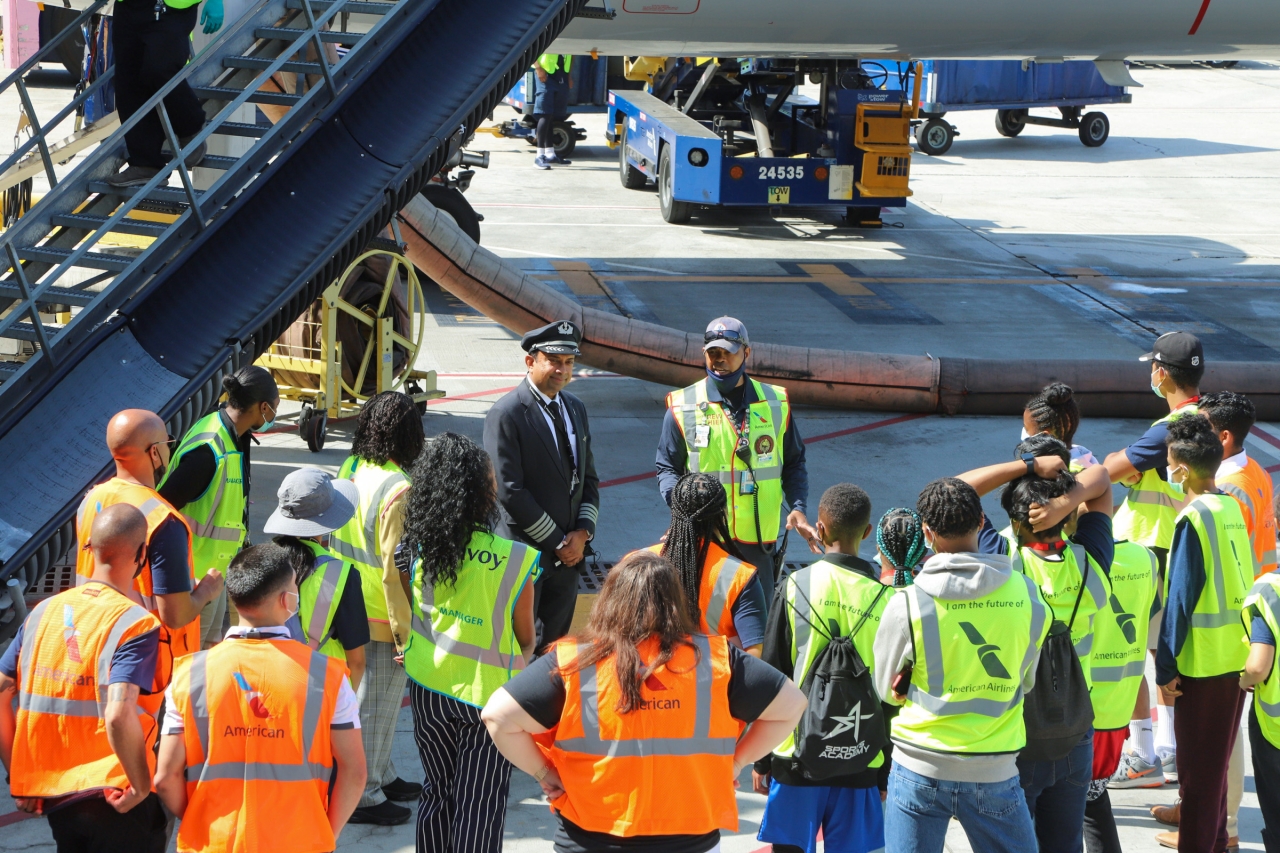 The conference also featured a career exhibit hall where qualified pilots were able to interview with dozens of participating carriers, including American, who extended job offers to 45 diverse aviators. American was the only mainline carrier to extend job offers to pilots at this year’s conference.

American has been working with community organizations to help foster access to aviation. To help introduce youth to a variety of career opportunities, American hosted more than 150 students systemwide at its facilities throughout the summer as a part of OBAP’s Aerospace Career Education (ACE) Academy. The Academy provides hands-on experience on the fundamentals of aerodynamics in fun, innovative ways for middle and high school students. 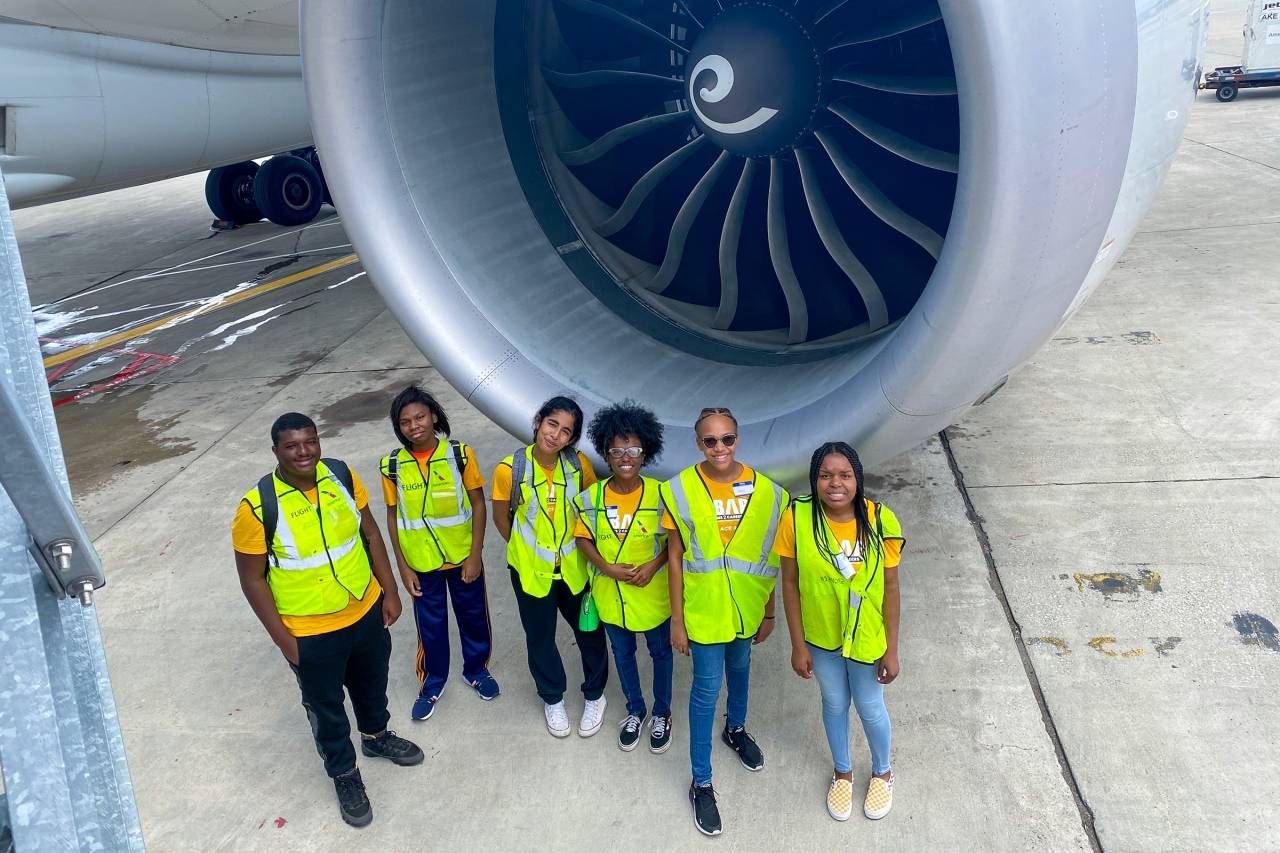 In July, American flew nearly 100 young aviation enthusiasts on a private charter from Chicago to Oshkosh, Wisconsin, for the annual EAA AirVenture. Students spent the day trying out flight simulators, learning more about different careers in aviation, and exploring various aircraft at the largest airshow in the world.

The flight was serviced by an all-Black flight crew including Captain David Ricketts, OBAP member and mentor to many up-and-coming pilots. 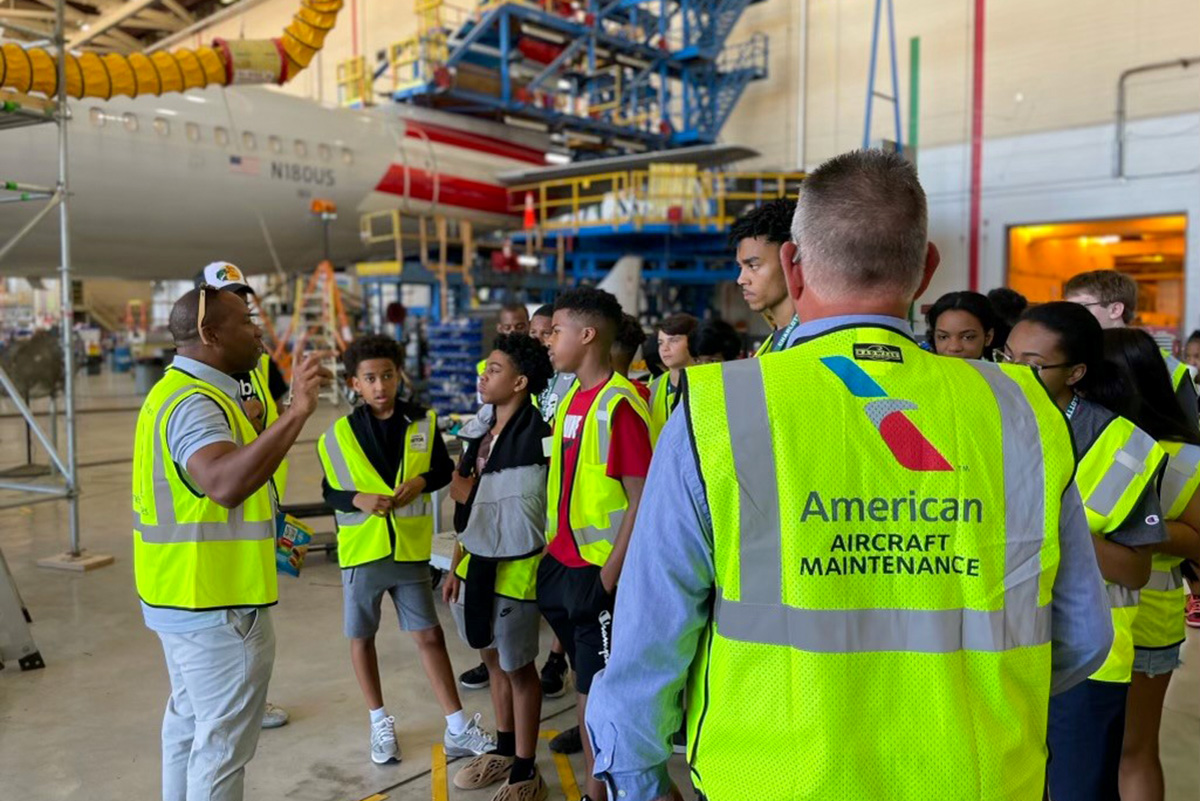 “I joined OBAP over 25 years ago, at a time when I was finding my way as a pilot and there weren’t many people who looked like me,” Captain David Ricketts said. “And now, I am grateful to be on the other side where I can use my platform to mentor diverse youth to be successful pilots.”

American announced the creation of the Elise Eberwein American Airlines Pilot Scholarship earlier this summer in honor of the executive leader devoted to our team members and creating a workforce that mirrors the communities the airline serves. The scholarship commits $1 million over the next 10 years to further the airline’s extensive efforts to increase and diversify the pilot ranks. 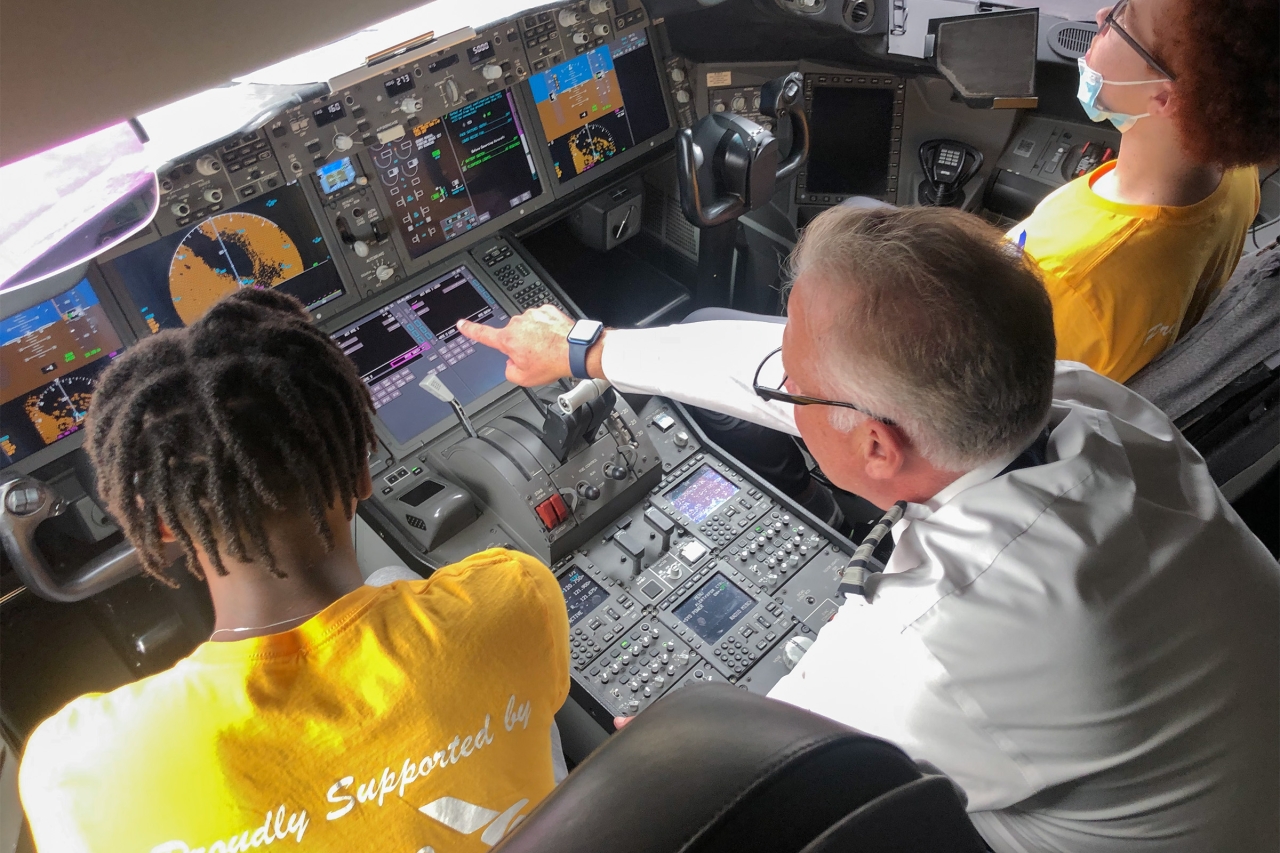 The donations are intended to help relieve financial barriers, increase the number of underrepresented minority professionals, engineers and scientists, and ensure the future of aviation is diverse by exposing young people to careers in aviation.

Further, the American Airlines Cadet Academy, established in 2018, helps bridge the gap between a future pilot’s dreams and reality by not only connecting with flight schools, but by connecting prospective pilots with financing and mentoring opportunities for the journey ahead. It’s the only program of its kind with two financial partnerships dedicated to supporting cadets and increasing the accessibility of the profession for prospective pilots. 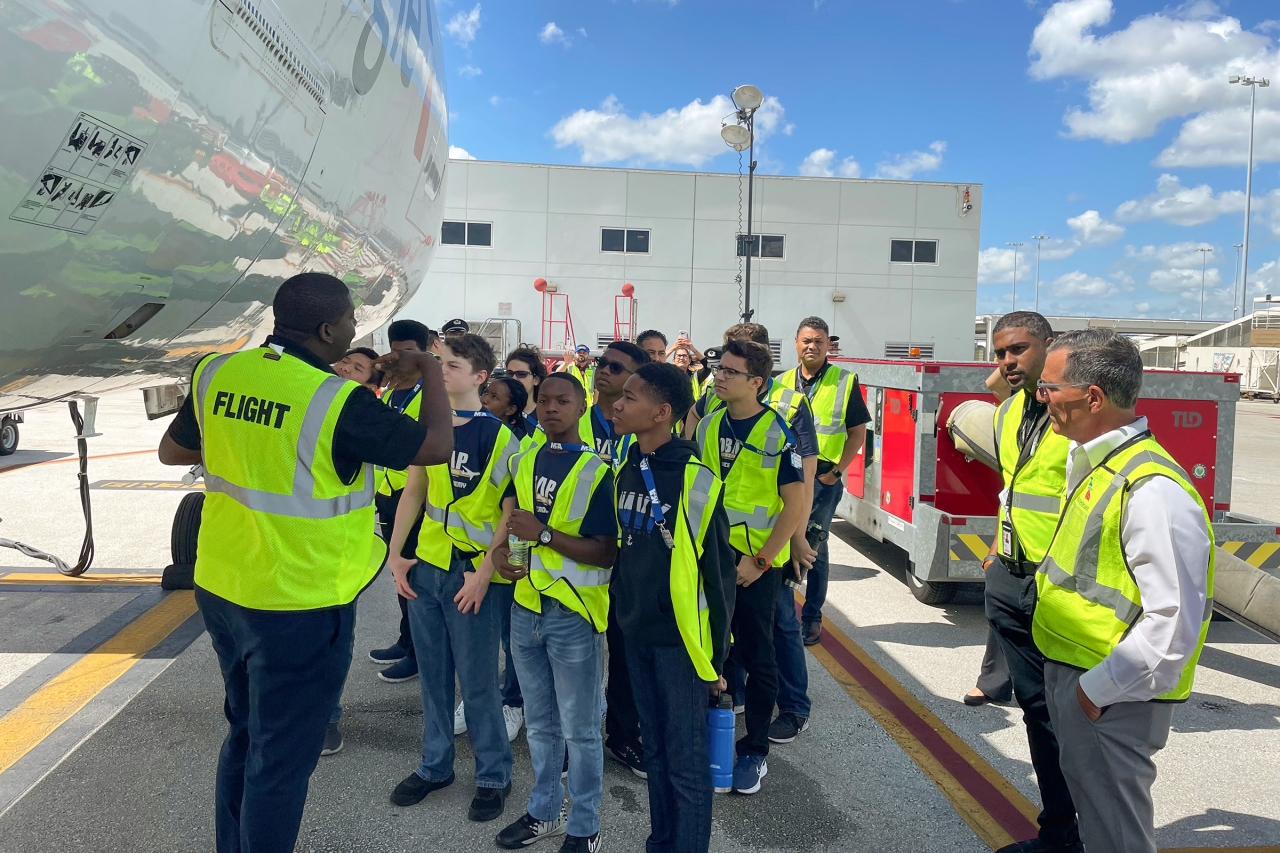