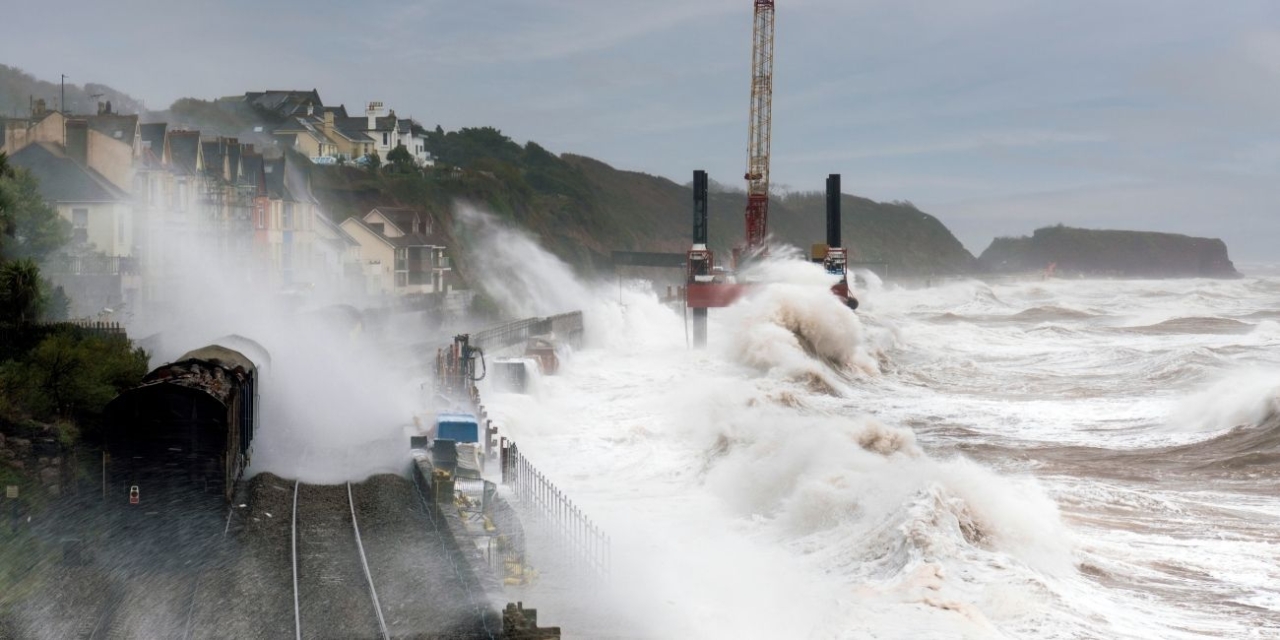 In light of ongoing climate change, this analysis must be informed by climate science rather than driven solely by historical data. Probabilistic modelling enhances understanding of the key drivers of risk and, more importantly, the relative importance of the uncertainties involved. This informed perspective supports maritime infrastructure owners and operators seeking to implement resilient infrastructure and apply sustainable shore- and flood-protection measures to coastlines.

Wave climate refers to the statistical distribution of wave characteristics, which are defined in terms of a number of sea-state parameters—such as wave height, period and direction—which collectively define a wave spectrum and occur over a period of time, typically several decades for a particular location.

Waves are an important physical feature on ocean, sea and lake surfaces and are responsible for transporting significant energy and momentum. Changes in wave climate, especially in extremes, can have a significant effect on maritime activities such as shipping, the offshore industry and the design of coastal and marine infrastructure, including shore and flood protection.

When combined with other marine dynamics, changes in wave climate can significantly impact coastal processes such as erosion and flooding. In fact, much of the coastal flooding that occurs during large storms is not caused by tides and storm surge alone but also by the action of waves that produce runup and overtopping of structures. The damage inflicted by large ocean waves breaking on infrastructure can be devastating and costly.

Extreme high-water-level events are expected to become larger and occur more often in areas experiencing relative sea level rise (which can change with land uplift or subsidence) and increased open water, leading to increased wave action and higher storm surges. Ice cover reduction in areas that experience sea and lake ice formation will not only lead to increasing fetch (the distance of open water over which the wind blows) for wave generation but also longer open water seasons. Considering current trends, multiyear ice cover will reduce or be completely gone from the Arctic Ocean within a few decades, and studies show that reductions in ice cover in the Great Lakes will result in a significant increase in open water exposure to winter wind climate leading to significant increases (up to an 80-percent increase) in wave energy reaching shorelines during winter months. Increases in wave energy may also play a role in ice breakup and contribute a “positive feedback” (acceleration) to sea ice reduction.

In general, the areas with dynamic coastlines and those with limited existing freeboards will be most vulnerable to changes in wave climate effects. For example, Arctic coastal communities with permafrost coast and those previously protected by ice cover and frozen conditions will be more susceptible to erosion due to direct wave exposure and thermal effects. Ports and maritime infrastructure with limited freeboard will become more susceptible to overtopping by relative sea level rise, wave and storm surge effects. Communities, infrastructure and agricultural lands sited on particular land formations—such as spits, deltas, low-lying coastal plains, coastal barriers composed of erodible sediments, and areas with limited or reducing coastal sediment supply as a result of human interventions—will be more susceptible to the effect of climate change on both relative sea level and wave climate fronts. For example, wave-driven alongshore sediment transport is often a key factor responsible for long-term coastline changes along sandy coasts. This transport is often predicted by some power (exponent) of the significant offshore wave height (e.g. H5/2, H12/5, H2) and the angle of wave approach. Because of this dependence, even relatively small changes in either wave height or wave angle have the potential to cause significant changes in sediment transport and coastal morphology. Long-term coastal changes in these instances will not be minor and incremental; rather, they will be significant at decadal scales, and, if not mitigated by appropriate coastal protection measures, these changes may be catastrophic for communities and infrastructure.

Mitigating the risk posed by the multiple coastal hazards discussed—now and into the future— requires understanding the likelihood of coastal water levels and waves reaching a given height or exerting a given amount of force that may cause damage. As global sea level rises, the combined action of tides, waves, storm surges and tsunamis increases the likelihood of extensive coastal flooding and erosion, thereby causing direct damage to infrastructure.

Assessment of historical changes in winds and storms for the world’s oceans is often hampered by limited evidence, in part related to sparse observation and challenges in integrating early marine observations, instrumental records and satellite data. Such data limitations are exacerbated by uncertainties in both historical trends and future climate conditions when projecting future conditions.

Through probabilistic modelling, coastal geomorphologists and engineers represent the complex interactions of coastal processes, including winds, waves, water levels (including sea level rise) as well as sediment transport and erosion. This understanding can inform and advance decision-making around reducing the risk of coastal hazards; it can also be applied as part of a multi-step approach that includes hazard and risk assessment, decision-support tools, adaptation and mitigation, monitoring, and stakeholder engagement—combined with a long-term (life of project) perspective.

Significant improvements have been made over the past several decades in physics-based models for simulating a range of coastal processes. However, uncertainty remains in the prediction of future waves and storm surge, stemming from the uncertainty in site-specific historic and future wind extreme conditions, sea-level rise projections, and associated topographic and bathymetry response of the coastline exposed to storm events.

Probabilistic modelling and analysis help with the estimation of the risk posed by a range of hazards in the coastal zone. The method uses a combination of data collection, statistical analysis, and generation of synthetic realizations of future climatic conditions based on the potential variation in their probability of occurrence brought about by climate change, to capture a broad range of potential outcomes.

Methods for quantifying and managing the risk associated with the viability of coastal environments and infrastructure typically involve the following steps:

Due to the complexity of coastal hazards and their interactions, it is unreasonable to expect that the likelihood of all possible outcomes can be estimated. However, with so much uncertainty relative to the impacts of climate change around the world, probabilistic modelling is a highly useful tool to understand the relative importance of the uncertainties involved. Port infrastructure owners and operators can then make informed decisions as they consider where and how to position infrastructure and apply mitigating measures to build resilience.