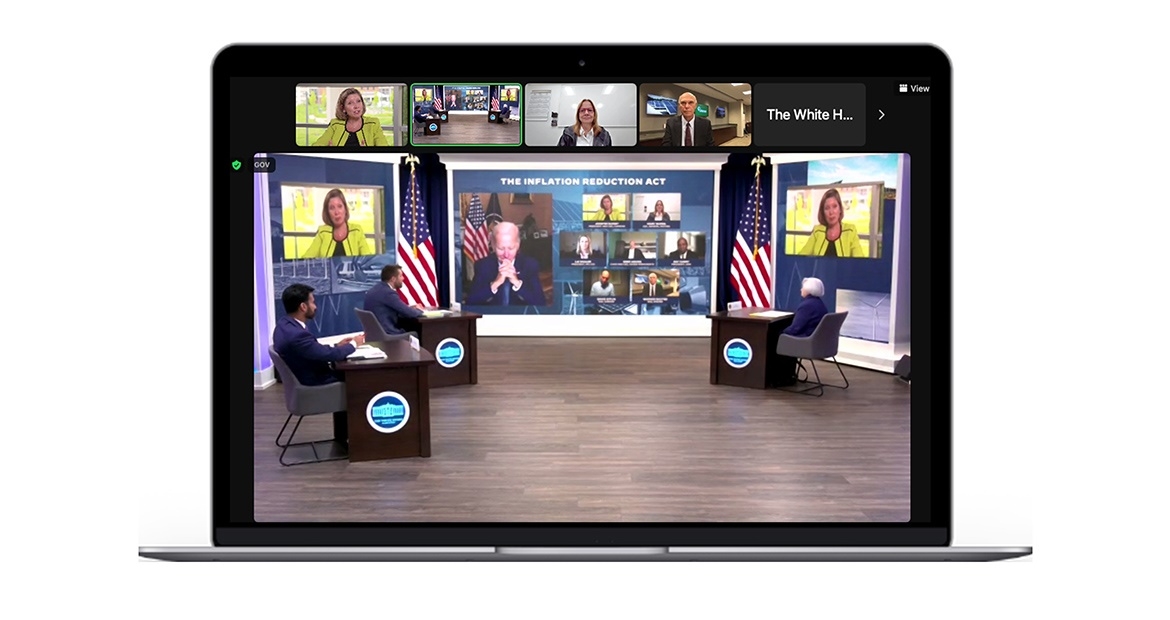 Cummins Inc. leaders say the Inflation Reduction Act signed into law by President Biden Tuesday (Aug. 16) will play an important role in the company’s journey to a carbon free economy.

The legislation establishes key incentives for both the technologies that will power the future and the infrastructure to support them.

“We think the comprehensive scope of the energy provisions (in the act) – from power generation, to transportation, to hydrogen production – are all important pieces of the decarbonization puzzle and they’re important to ensure we have the well-to-wheels decarbonization in hard-to-abate sectors like those we serve,” Cummins President and CEO Jennifer Rumsey said at a roundtable discussion hosted by the White House earlier this month before final congressional approval of the legislation.

“We see a significant opportunity to increase U.S. manufacturing capacity and grow jobs in all of these different technologies that support our strategy – Destination Zero – to decarbonize our industry,” Rumsey said later in the forum, which also included General Motors CEO Mary Barra and U.S. Secretary of the Treasury Janet Yellen.

The legislation includes incentives for development of low- and no-carbon technologies, including battery and fuel cell electric, as well as low- and no-carbon fuels like hydrogen that could be used in those new technologies. Hydrogen can also fuel traditional platforms, such as internal combustion engines, to reduce carbon.

Destination Zero, Cummins’ strategy for decarbonization, calls for developing and advancing low- and no-carbon platforms for those customers who are ready for them while also working to reduce carbon emissions from the company’s more traditional products.

Cummins has brought to market battery and fuel cell electric platforms as well as electrolyzers critical to producing low-carbon and green hydrogen. Green hydrogen is produced when the electrolysis of water to split hydrogen and oxygen is accomplished using renewable forms of power.

The company is also bringing to market fuel-agnostic internal combustion engines offering a common architecture that can be optimized for different low-carbon fuels.

Cummins has pledged to take a leadership role in addressing the world’s climate challenges. PLANET 2050, the company’s environmental sustainability strategy, includes goals timed to 2030 to reduce carbon emissions from company plants and facilities in addition to its products.

Cummins’ leaders are ready to continue the company’s carbon reduction efforts under the provisions of the new legislation.

“We are excited for the opportunity to bring some of these technologies here to the U.S., export these technologies globally, (and) increase American competitiveness,” Rumsey told the President at the forum. “…We see the Inflation Reduction Act as a key piece of accelerating our journey and really transitioning our applications to the technologies of the future like battery (and) fuel cell electric and green hydrogen.”

“Well, I think you can do it, I really do,” the President responded, “and I hope this (the Inflation Reduction Act) is as helpful as we think it is, because you’ve always been at the forefront before.”