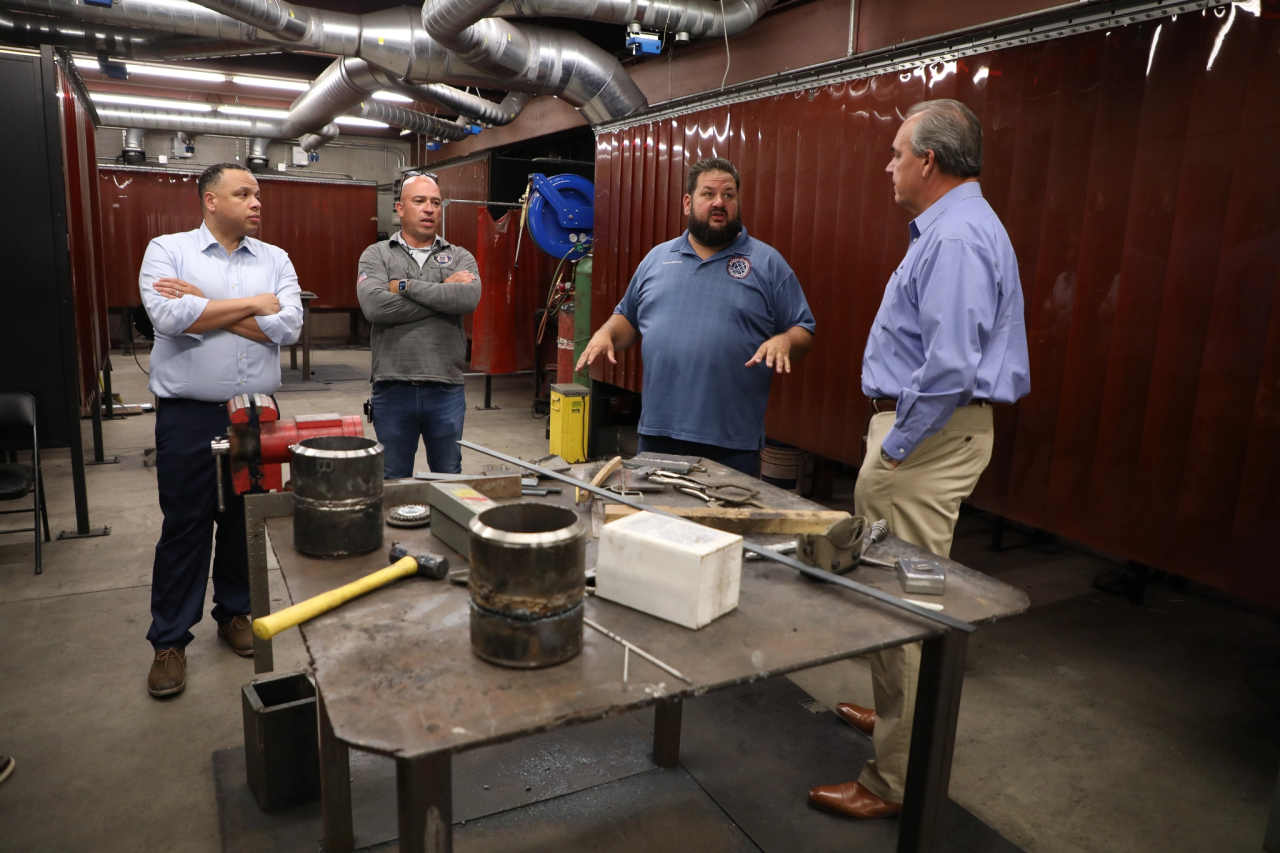 As part of the agreement, Morrison will have a dedicated presence in New Jersey, adding leading industry expertise while supporting APT’s commitment of $50 million over 10 years to support workforce development investment in New Jersey via the fabrication of 5,000-ton substation foundation jackets. Union workers will receive training in a unique skill set, embodying Blackstone’s approach to working with local workforces and communities. The fabrication facilities will bring hundreds of jobs to New Jersey and will lay the foundation for future projects in the state.

APT will initiate this investment into the New Jersey workforce upon award of its bids to provide transmission supporting the delivery of 3,600MW of offshore wind power to the existing electrical grid under the New Jersey Offshore Wind SAA Transmission Solicitation initiated by the New Jersey Board of Public Utilities and PJM Interconnection.

The commitment contributes to the creation of a workforce hub for the burgeoning offshore wind industry in the Northeast region and the state, addressing one of the recommendations outlined by the New Jersey Offshore Wind Strategic Plan.

“Morrison is a leader in the energy sector, with an exceptional management team. I’m thrilled to work alongside Chet Morrison and Kirk Meche, who bring four decades of experience as thought leaders in the energy industry,” said Andy Geissbuehler, CEO of APT. “Partnering with Morrison will bring the industry expertise needed for this project and invest in training our local workforce to secure New Jersey’s position as a wind leader for decades to come.”

APT actively partnered with the New Jersey Union Coalition in support of the bids and will continue to further expand the existing partnership that APT and Blackstone have with labor. The project’s broad-based New Jersey Union Coalition includes the Eastern Atlantic States Regional Council of Carpenters, International Union of Operating Engineers Locals 825 and 25, Iron Workers Local 399 and International Brotherhood of Electrical Workers Local 456. 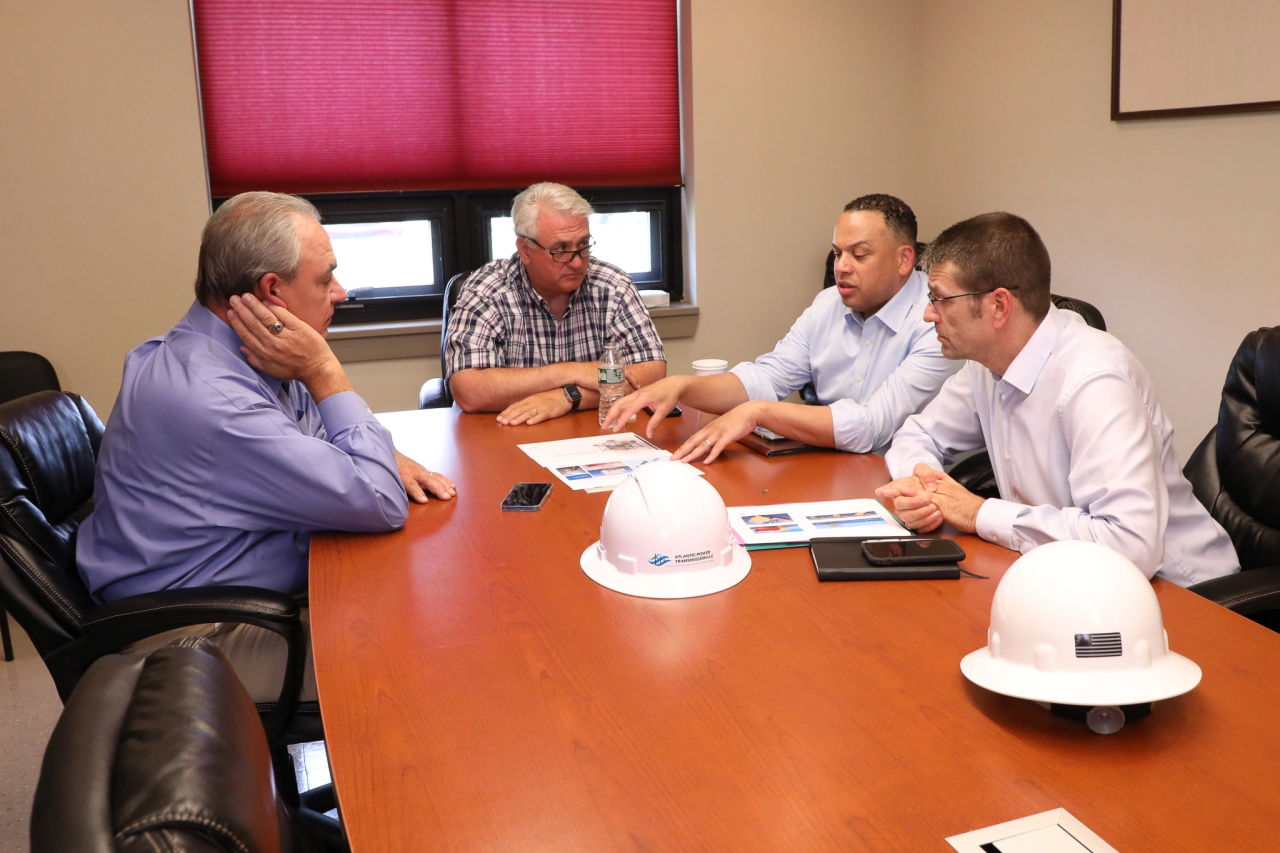 “The EAS Carpenters are encouraged by how APT and Morrison have seized this opportunity and are focused on plans to train and prepare New Jersey’s highly skilled tradesmen and women for future industries in our state,” said William C. Sproule, Executive Secretary-Treasurer of the Eastern Atlantic States Regional Council of Carpenters. “Our union has been committed for over a century to training the most skilled construction workers in the country, highlighting that fact by the recent expansion of our existing Hammonton, New Jersey, training center and opening the first union dive school in the country to meet the needs of the new offshore wind industry. The additional relationship of the EAS Carpenters with preferred partners APT and Blackstone will bring opportunity to New Jersey skilled tradesmen and women for years to come.”

Commenting on the partnership, Morrison’s Chief Executive Officer Chet Morrison said, “Morrison is committed to the development of offshore wind energy in the United States by supporting APT’s partnership in developing New Jersey’s union workforce with skilled workers who can propel the New Jersey wind energy sector forward for decades to come.”

Greg Lalevee, Business Manager of the International Union of Operating Engineers Local 825, remarked, “APT and Blackstone have been the ideal partners not only to IUOE 825 but New Jersey labor generally. They have proactively sought opportunities to train and credential our collective brotherhood in the skills needed for the transition to offshore wind. We are excited to collaborate with APT and Morrison on this new, groundbreaking initiative.”

Kurt Summers, Head of Public-Private Partnerships at Blackstone Infrastructure, commented, “We are thrilled to partner with Morrison and New Jersey’s labor force to anchor a transformative initiative that would provide jobs and accelerate the development of the local clean energy supply chain to make New Jersey the center of the offshore wind industry on the East Coast.”

Blackstone is the world’s largest alternative asset manager. We seek to create positive economic impact and long-term value for our investors, the companies we invest in and the communities in which we work. We do this by using extraordinary people and flexible capital to help companies solve problems. Our $941 billion in assets under management include investment vehicles focused on private equity, real estate, public debt and equity, infrastructure, life sciences, growth equity, opportunistic, noninvestment-grade credit, real assets and secondary funds, all on a global basis. Further information is available at www.blackstone.com. Follow @blackstone on LinkedIn, Twitter and Instagram.

Blackstone Infrastructure Partners is an active investor in energy, transportation, digital infrastructure, and water and waste infrastructure sectors. We seek to apply a long-term buy-and-hold strategy to large-scale infrastructure assets with a focus on delivering stable, long-term capital appreciation together with a predictable annual cash flow yield. Our infrastructure investment approach focuses on responsible stewardship and stakeholder engagement to create value for our investors and the communities we serve.

Morrison, headquartered in Houma, Louisiana, has over 39 years of experience serving as a preferred contractor and fabricator for many leading energy companies. With U.S. and international fabrication experience, Morrison is well positioned to construct substation foundation jackets and ancillary components for large-scale projects.

Blackstone is one of the world’s leading investment firms. We seek to create positive economic impact and long-term value for our investors, the companies we invest in, and the communities in which we work. We do this by using extraordinary people and flexible capital to help companies solve problems. Our $731 billion in assets under management include investment vehicles focused on private equity, real estate, public debt and equity, life sciences, growth equity, opportunistic, non-investment grade credit, real assets and secondary funds, all on a global basis. Further information is available at www.blackstone.com. Follow Blackstone on Twitter @Blackstone.