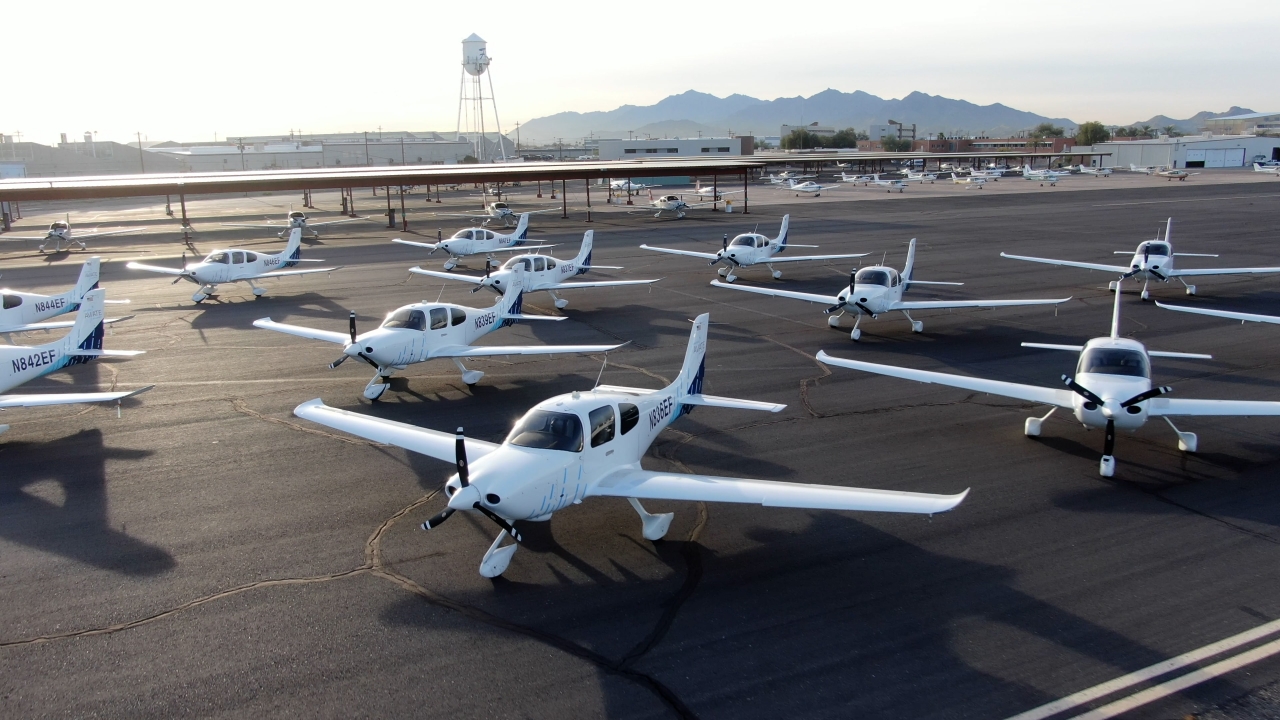 United Aviate Academy orders 25 new Cirrus TRAC SR20 aircraft – with the option to add 50 more – in response to the surge in flight school applications with more than 12,000 received so far

United Aviate Academy aims to train as many as 5,000 new pilots by 2030, at least half of them women or people of color

GOODYEAR, Ariz., July 28, 2022 /CSRwire/ - United Aviate Academy announced that it aims to potentially quadruple the size of its fleet of training aircraft, in response to the surge of applications to the country’s only flight school owned by a major airline. The Academy will add 25 new, state-of-the art Cirrus TRAC SR20 training aircraft to its current fleet of 25, with the option to purchase up to 50 more.

United Aviate Academy has already received more than 12,000 applications since announcing the school in April 2021. The school officially opened in January and welcomed a historic inaugural class of future pilots, part of the airline’s goal to train at least 5,000 new pilots at the school by 2030, with the goal of at least half women or people of color.

United Aviate Academy also recently purchased seven state-of-the-art FRASCA simulators, including some with 220-degree wraparound displays, with the first of these brand-new flight simulators arriving in April. These high-quality flight simulators feature hardware and software that operates exactly like the aircraft, for maximum effectiveness for students.

“We’re investing in flight education as we train the next generation of United Airlines pilots, who are the future of our airline,” said Bryan Quigley, United’s Senior Vice President for Flight Operations for United Airlines. “These student pilots are receiving world-class flight training at United Aviate Academy and I’m looking forward to the day when they join our current United pilots on the flight deck.”

Its durable all-composite airframe with the signature Cirrus Airframe Parachute System® makes the TRAC Series one of the safest and most versatile training airplanes available today. United Aviate Academy is also the launch partner for a significant expansion of CirrusIQ™, which allows for monitoring of flight data, enabling United Aviate Academy students and instructors to do enhanced debriefings after each lesson.

United Aviate Academy is breaking down barriers to introduce new pilots to rewarding careers. Last summer, United unveiled United Next, which will revolutionize the United flying experience and add more than 500 new aircraft. United plans to hire at least 10,000 new pilots by 2030 to meet this need. United will find those pilots through targeted recruiting, strategic partnerships and scholarship and financial aid solutions.

United Aviate Academy’s year-long training program sets up students for a career that reflects United’s high standard of professionalism and deep commitment to delivering a safe, caring, dependable and efficient travel experience. After completing their training at the academy, students can build flight and leadership experience while working within the Aviate pilot development ecosystem at partner universities, professional flight training organizations and UnitedExpress® carriers on their way to becoming United pilots. United currently has about 12,000 pilots, and Captains of United’s Boeing 787s and 777s can earn more than $350,000 per year. In addition, United pilots receive one of the highest 401(k) matches in the nation – 16% of base pay.

United Next and Other Initiatives

United is more focused than ever on its commitment to customers and employees. In addition to today's announcement, United has recently:

United’s shared purpose is “Connecting People. Uniting the World.” In 2019, United and United Express® carriers operated more than 1.7 million flights carrying more than 162 million customers. United has the most comprehensive route network among North American carriers, including U.S. mainland hubs in Chicago, Denver, Houston, Los Angeles, New York/Newark, San Francisco and Washington, D.C.  For more about how to join the United team, please visit united.com/careers and more information about the company is at united.com. United Airlines Holdings, Inc. is traded on the Nasdaq under the symbol "UAL”.