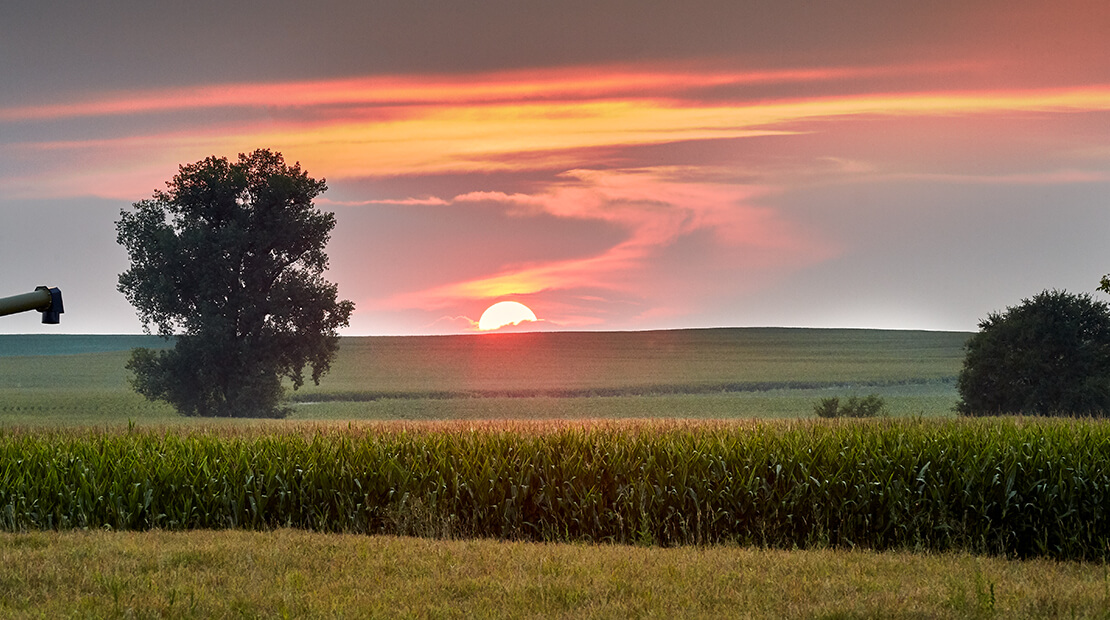 Hormel Foods recently became a major sponsor of an up to 50,000-acre regenerative-agriculture pilot project to be located throughout central and southeast Minnesota. Assistance from Hormel Foods and other participants will help provide financial incentives for farmers to participate in the project and adopt regenerative agriculture practices. Furthering regenerative agriculture is part of the Hormel Foods 20 By 30 Challenge, a set of 20 aggressive environmental, social and governance (ESG) goals the company intends to reach by 2030. In line with the UN Sustainable Development Goals, the challenge is advancing the company’s long-standing ESG leadership.

“As we face the daunting challenges of feeding a growing global population while protecting the planet, we believe advancing regenerative agriculture practices is a smart and responsible choice,” said Mark Coffey, group vice president of supply chain at Hormel Foods.

Applegate, the nation’s leading natural and organic meat brand, is bringing its expertise to the table of parent company Hormel Foods. In 2018, Applegate began its journey into regenerative agriculture by becoming a Frontier Founder with The Savory Institute’s Land to Market program, the world’s first outcomes-based-verified regenerative sourcing solution. The Savory Institute is a global leader in holistic land management with a mission to regenerate the world’s grasslands.

With a well-deserved reputation for embracing sustainable agriculture, in 2019, Applegate launched The New Food Collective™, an explorer brand that uses pasture-raised meats and small-batch production methods to create culinary-inspired products. The brand launched a pilot product featuring a line of fresh sausages made with pastured pork that was the first ever to be certified by the American Grassfed Association. Most recently, Applegate launched the Do Good Dog™ hot dog, the first nationally available 100% natural, grass-fed beef hot dog made from beef raised using practices that regenerate the land. The Do Good Dog™ hot dog is verified by the Land to Market program, and the beef used in the hot dogs is part of a system that contributes to the regeneration of more than 260,000 acres of soil.

Hormel Foods has a strong and unwavering reputation for being an exceptional corporate citizen and is committed to making the world a better place through its Our Food Journey™ efforts. As a result, the company continually receives accolades for its transparency and ESG efforts, including being ranked No. 57 on the U.S. Environmental Protection Agency’s Fortune 500® list of the largest green power users from the Green Power Partnership, being named one of America’s Most Responsible Companies for the third year in a row by Newsweek, being recognized as one of the World’s Top Female-Friendly Companies by Forbes and receiving several Impact Awards from Progressive Grocer for its educational support and food security programs.

Most recently, the company invested in large-scale renewable-energy projects, including the Western Trails wind project located in northern Texas, the Caddo wind site in southern Oklahoma and the Haystack wind project in eastern Nebraska. These projects have allowed Hormel Foods to advance its regenerative agriculture initiatives and will help the company reach its goal to match 100% of its domestic energy use with renewable sourcing by the end of 2022.

Hormel Foods Corporation, based in Austin, Minn., is a global branded food company with over $11 billion in annual revenue across more than 80 countries worldwide. Its brands include Planters®, SKIPPY®, SPAM®, Hormel® Natural Choice®, Applegate®, Justin’s®, Wholly®, Hormel® Black Label®, Columbus®, Jennie-O® and more than 30 other beloved brands. The company is a member of the S&P 500 Index and the S&P 500 Dividend Aristocrats, was named on the “Global 2000 World’s Best Employers” list by Forbes magazine for three years, is one of Fortune magazine’s most admired companies, has appeared on the “100 Best Corporate Citizens” list by 3BL Media 13 times, and has received numerous other awards and accolades for its corporate responsibility and community service efforts. The company lives by its purpose statement — Inspired People. Inspired Food.™ — to bring some of the world’s most trusted and iconic brands to tables across the globe. For more information, visit www.hormelfoods.com and https://csr.hormelfoods.com/.