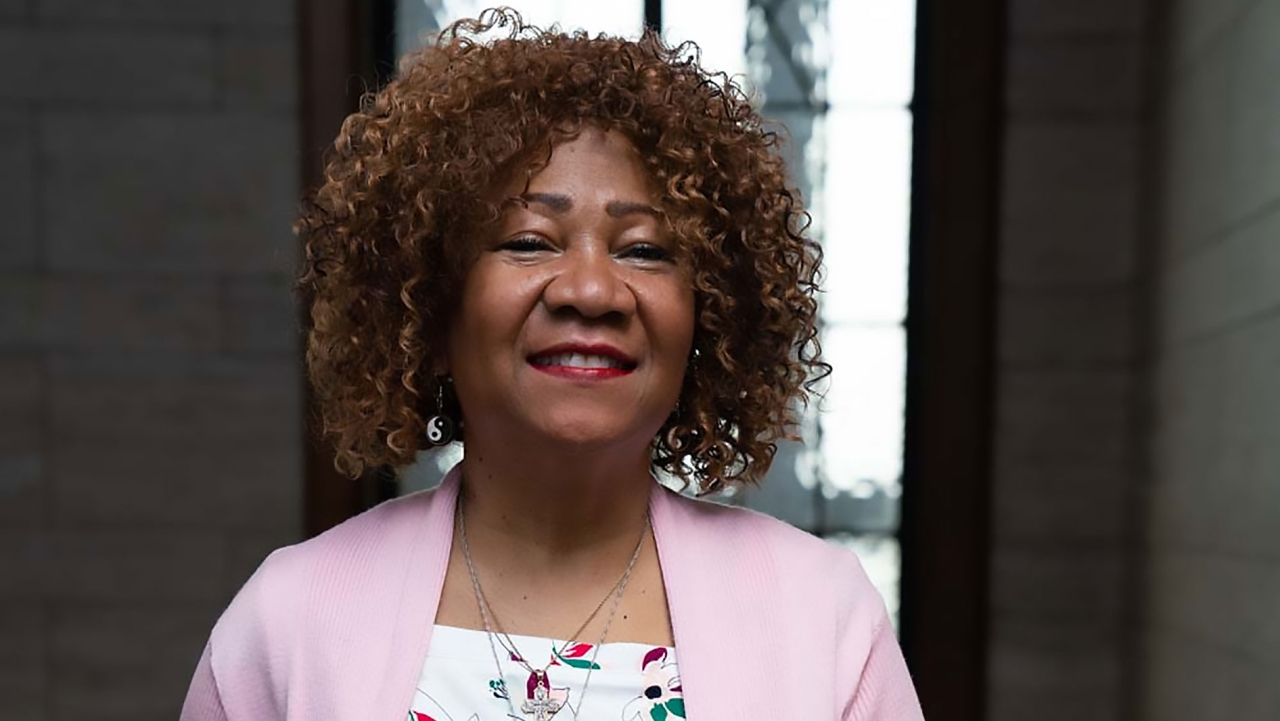 Dale Cain is known in her community as someone who is an advocate of wellness, but she was not always focused on her own health and wellbeing. Formerly a self-defined “workaholic,” a chance encounter at a community gathering led to a change in her life.

“I decided to make a life change after the wellness and nutritional training I participated in at this gathering,” says Dale. “I went on to join a family nutrition education program at the local children’s hospital in Chicago, and then I earned a certificate in nutrition.”

Achieving better health through education and support
In 2003, Dale founded Advocates for Community Wellness, with the goal of educating and supporting people in achieving better health in under-resourced areas in Chicago. The organization is faith based – a “ministry without walls” – made up of experts that include nutritionists, culinary professionals and nurses.

Twelve years after founding the organization, Dale received a diagnosis of triple-negative breast cancer (TNBC) that she says had her soul feeling wounded. Unfortunately, she was not a stranger to cancer – her grandmother had died from it, and her mother had already survived it once. Cancer had always been a part of the organization’s work, but it became more of a focus after her personal experience with the disease.

“The treatment for me was very harsh. I was hospitalized several times from the chemo,” recalls Dale. “I knew that I had to build up my immune system for recovery. What I've learned is that many people don't survive the treatment, so I focused on my nutrition and overall health.”

During this time Dale also learned through her local breast cancer support groups that in addition to nutritional needs, providing general well-being support would be essential to overcoming cancer and healing.

“I met a woman who had to cancel a surgery more than once because she didn't have anyone to come to the hospital and drive her home,” Dale says. “I've since met a lot of women who didn’t have a support network. It’s important for me to be the change that I want to see and support others.”

With Regina Hopkins, Advocates for Community Wellness’s Director of Health Education and Program Manager, Dale began brainstorming a supportive program specifically for women in the neighborhoods of Auburn Gresham, Englewood and Roseland, all on the south side of Chicago. Those neighborhoods, Dale says, seem to have a high incidence of cancer and have also been particularly strained with added stress and trauma over the last two years since many people living there worked as essential workers through the COVID-19 pandemic.

“Based on the research, support groups may be able to help with survivorship and quality of life,” Dale says. “We want to be liaisons and provide support for those who need it.”

Creating a breast cancer focused pilot program
Over the next year, through the organization, Dale and her team have committed to holding several supportive programs to help other women with TNBC find nutritional, emotional, and physical support “before and after a diagnosis, during treatment and beyond treatment and remission.” With the support of Gilead, Dale is hoping that she’ll find a way to sustain the pilot program into the future.

“The support group I was in – seeing someone who was not just five years, or 10 years, but 25 years out as a survivor – gave me hope,” says Dale. “I had hope that I was going to make it and I would come back to help the next wave of women through their cancer journeys.”