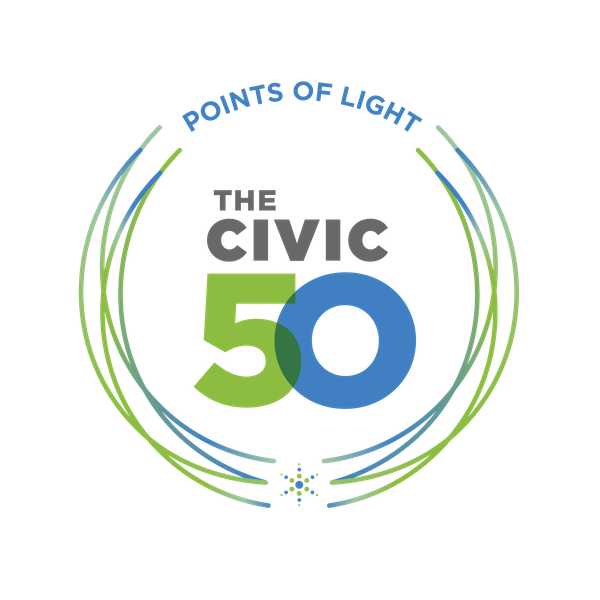 COLUMBUS, Ga., June 17, 2022 /CSRwire/ — Illustrating its steadfast commitment to corporate responsibility and operating with purpose, Aflac Incorporated, a leading provider of supplemental health insurance in the U.S., today announced it has been named to The Civic 50 list by Points of Light, the world’s largest nonprofit dedicated to accelerating people-powered change. This is the fifth consecutive year that Aflac has been recognized with this prestigious honor. According to Points of Light, The Civic 50 is the only survey and ranking system that exclusively measures corporate involvement in communities.

“We are extremely pleased to be part of The Civic 50 list once again in 2022, as it validates that we are doing business the right way, through our products and services, our commitment to community and our determination to have a social impact,” said Aflac Chairman and CEO Dan Amos. “Whether through our dedication to children and families facing cancer, our significant social investments in the community or our diverse and inclusive workplace, we at Aflac pride ourselves on mattering to people — not just from a business perspective, but as part of the overall equation in making families’ lives better.”

In 2021, 72.4% of Aflac’s corporate donations were for minority-based causes, addressing issues of food insecurities and health inequities in underserved communities. Also in 2021, Aflac employees volunteered more than 12,000 hours and gave more than $400,000 to the Aflac Cancer and Blood Disorders Center of Children’s Healthcare of Atlanta, including Aflac’s independent sales agents, who donated more than $5.5 million from commission checks. Since 1995, Aflac has contributed more than $160 million to the Aflac Cancer Center, which annually cares for nearly 2,500 children with cancer and more than 5,800 children with sickle cell disease, hemophilia and other blood disorders in the U.S.

Additionally, as part of its long-standing commitment to diversity, equity and inclusion (DEI), Aflac spent about $29 million with diverse suppliers. It also offered $313 million of incremental commitments in qualified investments related to social and DEI initiatives in the U.S.

For 10 years, The Civic 50 has provided a national standard for corporate citizenship and showcases how companies can use their time, skills, and resources to drive social impact in their communities and workplace. The Civic 50 honorees are companies with annual U.S. revenues of at least $1 billion and are selected based on four dimensions of their corporate citizenship and social impact programs: investment of resources, integration across business functions, institutionalization through policies and systems, and impact measurement.

“Corporate leadership and commitment to civic engagement is critical for strengthening communities,” said Natalye Paquin, president and CEO, Points of Light. “Our most recent global research shows 86% of people say they expect companies to take action on a social issue. Companies like Aflac are leading the way and setting an example of how you can leverage your employee talent, business models and assets to create deep impact that drives transformational change.”

The Civic 50 survey is administered by True Impact and consists of quantitative and multiple-choice questions that inform the scoring process. To view the full report and see the complete list of The Civic 50 2022 honorees, visit www.pointsoflight.org/the-civic-50.

Aflac Incorporated (NYSE: AFL) is a Fortune 500 company helping provide protection to more than 50 million people through its subsidiaries in Japan and the U.S., paying cash fast when policyholders get sick or injured. For more than six decades, insurance policies of Aflac Incorporated's subsidiaries have given policyholders the opportunity to focus on recovery, not financial stress. In the U.S., Aflac is the number one provider of supplemental health insurance products1. Aflac Life Insurance Japan is the leading provider of medical and cancer insurance in Japan, where it insures 1 in 4 households. In 2021, Aflac Incorporated was proud to be included as one of the World's Most Ethical Companies by Ethisphere for the 16th consecutive year. Also in 2021, the company was included in the Dow Jones Sustainability North America Index and became a signatory of the Principles for Responsible Investment (PRI). In 2022, Aflac Incorporated was included on Fortune's list of World's Most Admired Companies for the 21st time and Bloomberg's Gender-Equality Index for the third consecutive year. To find out how to get help with expenses health insurance doesn't cover, get to know us at aflac.com or aflac.com/español. Investors may learn more about Aflac Incorporated and its commitment to ESG and social responsibility at investors.aflac.com under "Sustainability."

ABOUT POINTS OF LIGHT

Points of Light is a nonpartisan, global nonprofit organization that inspires, equips and mobilizes millions of people to take action that changes the world. We envision a world in which every individual discovers the power to make a difference, creating healthy communities in vibrant, participatory societies. Through 177 affiliates across 38 countries, and in partnership with thousands of nonprofits and corporations, Points of Light engages 5 million volunteers in 16 million hours of service each year. We bring the power of people to bear where it’s needed most. For more information, visit www.pointsoflight.org.