Jax Ramirez, a 7-year-old who loves adventure and was diagnosed with a rare autoimmune disorder, went on an epic Public Lands shopping spree. 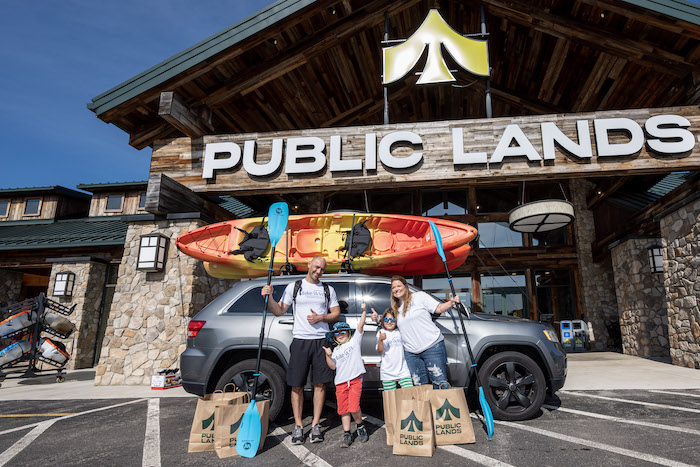 Jax Ramirez has big plans for this summer. Now that school is out, the 7-year-old adventurer who lives in the Pittsburgh area can't wait to get out on the water with his family for kayaking trips along lakes and waterways in New York and Maryland.

He's all set after Public Lands and Make-A-Wish collaborated on an epic shopping spree and tour of the Public Lands store in Cranberry Twp., Pa. that “blew his mind” his mother said.

"It was great,” said Jax. “My favorite part was the part where I picked out my swimming outfit. I can't wait to go on my vacations." Jax, who lives in Zelienople, Pa., was diagnosed with a rare life-threatening autoimmune disorder called IPEX in October 2021, and soon after, he and his family learned that he would need a bone marrow transplant to help combat and overcome this illness. Jax is awaiting his “perfect” bone marrow match.

Jax and his family have always loved spending time together outdoors, and with his diagnosis, time outside – and away from other people – has become even more important to help protect Jax and his health. After being referred to Make-A-Wish, Jax wished to have two tandem kayaks so that his family can enjoy adventures on the water together.

“He's been outdoorsy since he was little,” said his mother, Missy Ramirez. “He has always wanted to plant, look at flowers and look for bugs. He's now mountain biking and loves to kayak and be out on the water exploring.”

Jax has wanted to visit the experiential Public Lands store since it opened last year but hasn’t been able to visit during regular store hours given his immunocompromised status. He got the full experience and then some, as we opened the doors early, so he and his family could explore, shop and, of course, let Jax climb the 35-foot rock wall. Just as he was saying how much he'd love to have a tandem kayak, we surprised him with one of his very own!

"We are so humbled by the excitement Jax shares in our store and our mission to maintain the outdoors as an inclusive space for all explorers, especially kids," said Sarah Brown, assistant store manager of Public Lands. "This was the start of many more adventures for Jax and his family, and we can't wait to see where it takes them."

Jax’s mother, Missy Ramirez, encourages anyone who is interested in learning more about the bone marrow donation process to text “JAX” to 61474. She added that she not only wants to bring awareness for Jax, but also to diversify the donor list and provide more opportunities for people of color and underrepresented communities. Learn more about Jax’s journey with “Be The Match” at www.facebook.com/bethematchforjax.