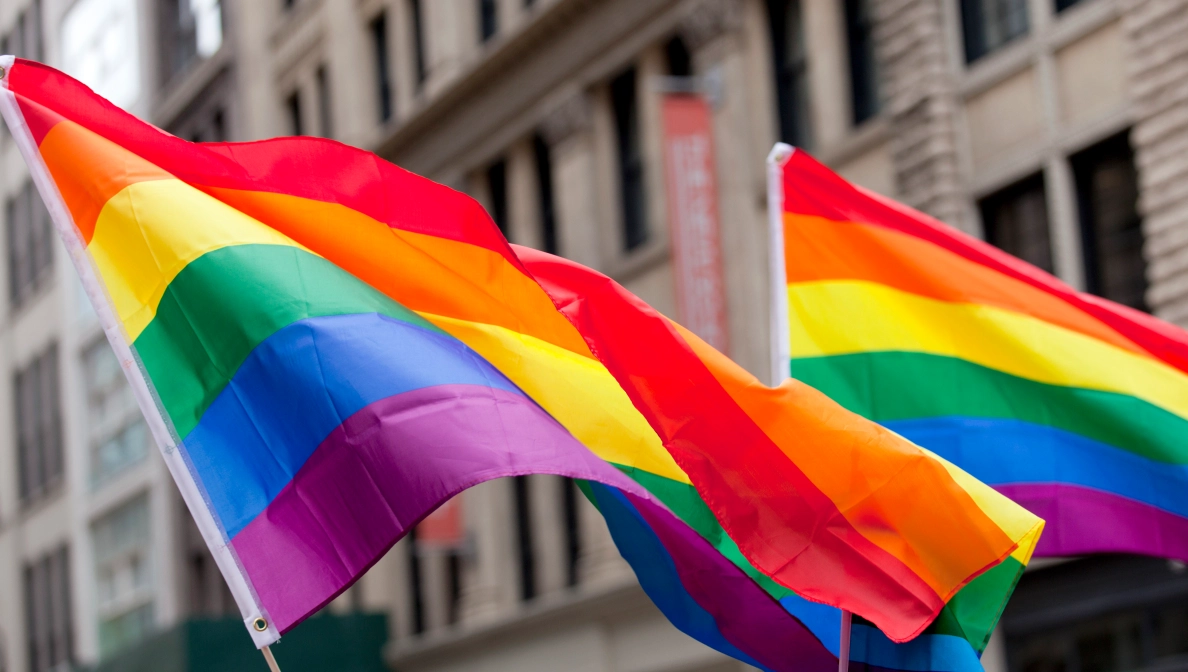 It can be as simple as sharing your weekend plans with coworkers or having a photo of your partner on your desk. When you feel free to be yourself at work, even the seemingly small things can have a big impact on your happiness and wellbeing.

Still, many employees struggle with the decision to reveal aspects of their identities they worry may be problematic for co-workers and managers. They end up “covering” those parts of themselves — whether it’s being gay, being a parent, practicing a certain religion, or having a disability — in order to avoid discomfort or discrimination.

Covering is emotionally draining. It can lead to poor performance at work, not to mention feelings of isolation and depression.

Four of our LGBTQ+ colleagues from around the world — in the U.S., Colombia, Poland, and Japan — share their own experiences with the fear and anxiety of covering who they are, and the joy of finding freedom at a workplace that encourages them to be themselves.

“I came out at Merck before I came out at home,” says Tracy White, whose story starts in 2010, when she saw a video of then-Merck CEO Ken Frazier talking about the importance of bringing your whole self to work.

“Watching that video had a powerful impact on me,” she says. “I thought about the gifts that people were missing in me, and the gifts I was missing in others, by not relaxing and being myself.”

White started talking more openly about her partner, Kristyn, with her coworkers. And a simple gesture from White’s manager ultimately gave her the freedom to come out: “She said, ‘Thank you for sharing Kristyn with me.’ That was her way of making it safe for me. And that’s when I started crying and came out to her. That was a turning point for me to feel more comfortable at work.”

After that, White came out to her siblings and parents. She became a co-chair of the sales organization’s Rainbow Alliance chapter. And she and Kristyn got married in 2013.

“When I came out at work, I embraced my job so much more,” says White. “For me, coming out was just a beautiful gift I gave myself.”

Before joining the company in 2018, Daniel Muriel worked as a flight attendant, a job that allowed him to explore cities throughout South America and Europe. During his off hours, he immersed himself in local LGBTQ+ culture — but on the job, things were different. “I wore a mask the majority of the time,” Muriel says. “Because of the stigma that ‘all flight attendants are gay,’ customers would put this label on you. So I would put the mask on to earn respect from them.”

When Muriel left to pursue a different career, he decided to seek out a company where he could be completely himself– and he found it at our company. “I said, ‘I’m not going to put the mask on; I’m going to show them who I really am.’ That was one of the biggest and most positive changes in my life.”

Instead of deflecting questions about his personal life, as he’d done in the past, he told his colleagues about his fiancé, and about their plans to get married, buy a house, and adopt a child. “Even my fiancé says, ‘Since you started working for Merck, you’re different. I know you’re happy, not just in your personal life but in your professional life.’”

In his 20+ years with the company, Thomas Johansson hid his sexual identity from a manager only once — only to discover later that the manager was an LGBTQ+ ally. “I was shocked, and I felt so stupid,” he says. “The lesson learned was, you should not cover up; the worst thing that can happen is someone doesn’t like you, and that can happen to anyone.”

Now in a leadership role himself, Johansson says he tries “to be open as much as possible, to show that as a gay man you can have a career. You don’t need to cover up to be successful at Merck.”

He acknowledges that the recent rise in conservatism and anti-gay sentiment in Poland and across Eastern Europe has made it more difficult to live openly. Indeed, more than 90 Polish municipalities have declared themselves “LGBT-free zones”, although a small number of them have repealed those declarations for fear of losing European Union funding for violating E.U. law regarding nondiscrimination on grounds of sexual orientation. Thomas observes, “It’s not as safe as it was in the past to speak up in Poland.”

Johansson is working to make sure employees know that our company is a safe space. In 2019, he helped organize the first Diversity and Inclusion Day in Poland — and while none of the participants asked LGBTQ+-related questions during the meeting, several people approached Johansson afterward. “Some of them privately said, ‘thank you so much for your courage, thank you for being visible.’”

And, in 2021, our company in Poland held its first LGBTQ+ awareness training for people managers, which was well attended and opened the door to great dialogue. Thomas commented, “I was surprised in a positive way of the engagement, openness and curiosity.”

Before moving to her role in the U.S., Marie Sagi lived in Japan, where same-sex marriage is not legal; however, she and her partner lived in one of a growing number of municipalities that offered same-sex partnership certificates. With the certificate in hand, Sagi applied for a “with spouse” housing allowance through our HR department in 2018. Her application was denied.

“At first, I felt helpless,” Sagi recalls. “But then I thought, if I allowed the status quo to stand, how many others were going to feel demoralized and isolated? So I decided to take action.”

Sagi learned that our company didn’t offer benefits for same-sex partners — in Japan, the issue had simply never come up. Although same-sex partnership certificates had been introduced in Japan just a few years earlier, in 2015,  being openly gay in Japan is still largely taboo. Sagi was the first employee to bring the issue to the company’s attention.

One week later, she began working with HR to advance LGBTQ+ inclusion — and as a result, our company became one of the first in Japan to provide full benefits to same-sex partners.

For Sagi, that was just the first step. Her mission is to help  LGBTQ+ employees feel comfortable coming out at work if they want to. In 2019, she established the first Rainbow Alliance chapter in Japan, and she’s continuing to work with HR to increase LGBTQ+ awareness and support.

“I’ve been the only one working on this for a long time,” she says, “but last November, two colleagues said, ‘We are LGBT also,’ and they joined the Rainbow Alliance chapter. One of them told me he joined our company because we have this [same-sex partner program]. I’m so happy he said that, because we worked so hard. I hope more people will join us.”