One Team Together: A Unified Front To Help Those Impacted by Emergency Events

One Team Together: A Unified Front To Help Those Impacted by Emergency Events

Members of T‑Mobile’s emergency management and response teams explain how they work seamlessly together during natural disasters to restore network outages and bring mobile assets to impacted communities that help keep people connected with loved ones when it matters most.

When it comes to supporting customers and communities after disasters impact connectivity, John Melbert has over two decades of experience in emergency management — and he will tell you the one thing that matters most when it comes to disaster response is simple.

“It’s not about the equipment or the applications,” explains the T-Mobile network engineer manager, “it’s the people. It’s always about the teams and the way they come together and find solutions to any issues.”

It’s why on a beautiful and calm day at T-Mobile’s Bellevue, WA Headquarters that felt far from the emergency events he’s accustomed to, John was excited to introduce to other employees the integral teams and equipment that make up the multi-pronged support for customers and communities impacted by disasters.

As the start of hurricane season quickly approaches —from June 1st until November 30th — John and members of his Network Engineering and Operations Team rolled in a number of their emergency management vehicles and parked them right alongside equipment used by their colleagues from T-Mobile’s Consumer Group Business Continuity Team as part of the Community Support program.

“What you’re seeing is the collaboration between our two teams at large, and reflects exactly how we would show up after a disaster,” says Rod McWilliams, a T-Mobile director with the Business Continuity Team. 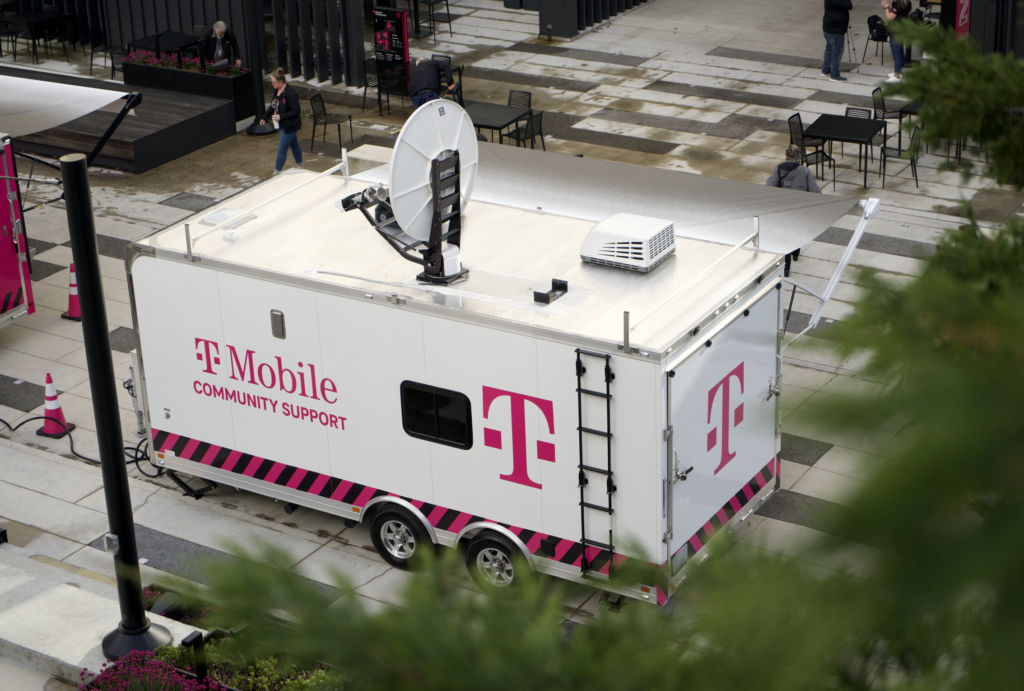 An entire city block was lined up with network satellite trucks, Wi-Fi trailers, a Mobile Command Center, a self-powered charging station, a large F-250 pickup truck and so much more.

“From a logistics standpoint, when bad things happen we all stage together,” says John. “You’ll see our engineering trucks side by side with Community Support trucks. It’s one big, unified response, even though we focus on different paths.”

It was a great display of the seamless teamwork and comradery T-Mobile has fostered as the backbone of its large-scale emergency response efforts.

“I always believe that my team is a team that works well together because when we go into these disaster events we have to band together,” says Mo Thornton, a program manager with the Business Continuity Team. “It’s about getting the consumers and the community what they need in that moment.”

In order to support those impacted by disasters such as hurricanes and wildfires, these teams work tirelessly to address both the issues of restoring affected cell towers and reconstituting T-Mobile’s network as well as supporting communities with temporary connectivity options such as Wi-Fi, backup power and extra devices.

“The Network Engineering team is always going to do everything they can to get the network back up after some kind of disastrous event,” says Rod. “What our team does with the Community Support Program is we really do outreach to the community. We provide charging supplies and pre-lit phones so people can call their loved ones immediately.”

Members of the emergency response teams say it’s the one-two punch that is necessary to be truly impactful after these kinds of events.

“We come in right behind the engineers as they rebuild the network and focus on how can we help in that very first moment of need,” says Becky Romero, a senior manager with the Business Continuity Team. “I’m talking day one or day two. We look to generate immediate connectivity at local shelters where people may have been evacuated.”

And everyone says they’ve worked tirelessly to prepare after learning so much during some of the more extreme disasters of the past several years.

“Hurricane Ida last year in Louisiana was probably one of the best examples of how our preparation was effective,” says Rod. “We handed out $1.2 million in phone and charging supplies to those impacted and it was hugely successful.

And T-Mobile’s Puerto Rico network has recently been awarded as the dominant winner in OpenSignal’s Network Experience Awards for Q1 2022.

“It’s one of the most prepared Markets in our Network,” says John. “They have to be, due to their higher-than-average probability of being in the path of a hurricane and more recently being subjected to earthquakes. Add in the logistical challenges of getting supplies to the island, and it’s clear that they have to be operating at a higher level of preparation given these potential obstacles, and they are. I couldn’t be more proud.” 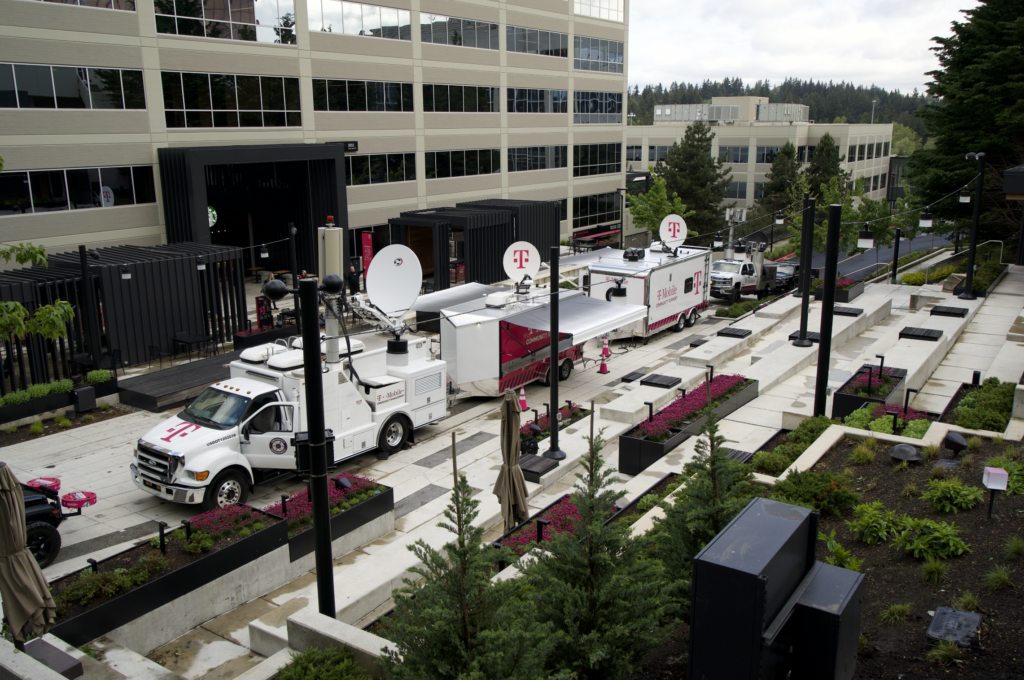 “We’re never satisfied with what we have. It’s always what can we do bigger, better, faster,” says John. “For example, on the network side, we are adding an additional 5,300 generators to combat power outages at cell sites as part of our hardening program this year.”

Some of the new equipment, like the Wi-Fi/Charging Station trailer with 80 charging units, the Mobile Command Center that’s called “an office on wheels,” and the F-250 pickup truck, were actually seasoned workhorses, having already done a successful first run responding to the Hermits Peak and Calf Canyon wildfires in New Mexico in early May that led to more than 650 people being evacuated to the Glorieta Camp Grounds.

“We were able to provide 400 pre-lit phones and 400 single port charging units and 400 universal charging cables when we arrived with our new charging trailer that also supplies Wi-Fi,” explains Becky.

“Actually, our Network team confirmed that the T-Mobile service was strong,” says Rod. “But with 650 evacuees, some who weren’t T-Mobile customers, we knew that boost of Wi-Fi support would allow for so many more people to call their loved ones right away.”

“While we are blessed to have facilities and staff here to host,” says Josh Nelson, the Glorieta Camp Ground Site Manager, “it’s those like T-Mobile who come out here that help us make this happen for the evacuees. Without the support of T-Mobile and the community we couldn’t pull this off. T-Mobile coming here and meeting so many needs is huge.”