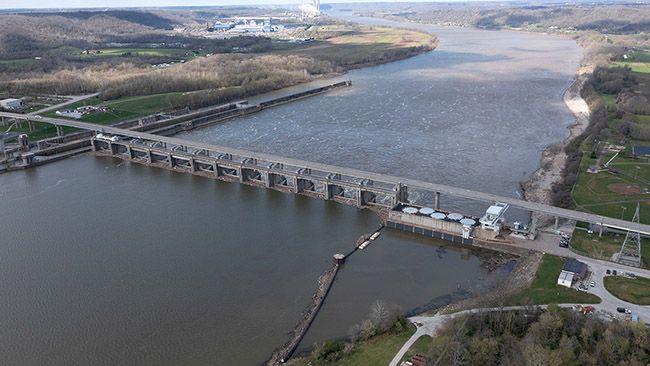 PLAINFIELD, Ind., June 2, 2022 /CSRwire/ - Duke Energy Indiana has completed upgrades to three hydroelectric turbines, generators and other equipment at its Markland Hydroelectric Station near Florence, Ind., increasing the facility’s clean, renewable energy output by about 10% and bolstering its ability to reliably serve customers for the next 40 years.

“The low-cost, carbon-free power generated at Markland Hydro Station is an important piece of our diversified portfolio of generation sources,” said Stan Pinegar, president of Duke Energy Indiana. “By embracing new advancements in technology and innovation, we’re able to expand clean energy production for our customers while also maintaining the reliable service they expect.”

Work on the project commenced in early 2017, following approval from the Indiana Utility Regulatory Commission. The project took four and a half years to complete and cost approximately $152 million – well within the company’s projected cost estimate. With the completion of these equipment upgrades, Markland Hydroelectric Station can now generate up to 65 megawatts of renewable, carbon-free energy, depending on the flow of the river, which is enough to power 52,000 homes. The facility’s annual energy output has increased by 39 gigawatt hours (GWh) per year.

Situated along the Ohio River, Markland Hydroelectric Station began operations in 1967. It was the first nongovernmental hydroelectric station built on the Ohio River, and it played a vital role in the development of hydropower on the waterway. The facility harnesses energy produced from the flow of the river to produce electricity, within guidelines governed by the Army Corps of Engineers. The force of the river’s current pushes against and turns the runner blades of each of the three large hydroelectric turbines housed inside a 150-foot-high concrete dam that spans the breadth of the river. Each turbine weighs approximately 180 tons, with each blade stretching 27 feet in length. The movement of the turbines spins a generator shaft that, in turn, produces electric power.

Additional information on Duke Energy’s clean energy transition can be found in the company’s annual disclosure report. Leading with transparency, the company’s 2021 Environmental, Social and Governance (ESG) Report provides a better understanding of the company and its priority ESG risks and opportunities. In addition to progress on addressing climate change, the report discloses information on workforce performance metrics, environmental justice, supply chain governance and other relevant topics.

For photos of Markland Hydroelectric Station and the upgrades that were recently completed, visit news.duke-energy.com/media-kit.

Duke Energy is executing an aggressive clean energy transition to achieve its goals of net-zero methane emissions from its natural gas business and at least a 50% carbon reduction from electric generation by 2030 and net-zero carbon emissions by 2050. The 2050 net-zero goals also include Scope 2 and certain Scope 3 emissions. In addition, the company is investing in major electric grid enhancements and energy storage, and exploring zero-emission power generation technologies such as hydrogen and advanced nuclear.