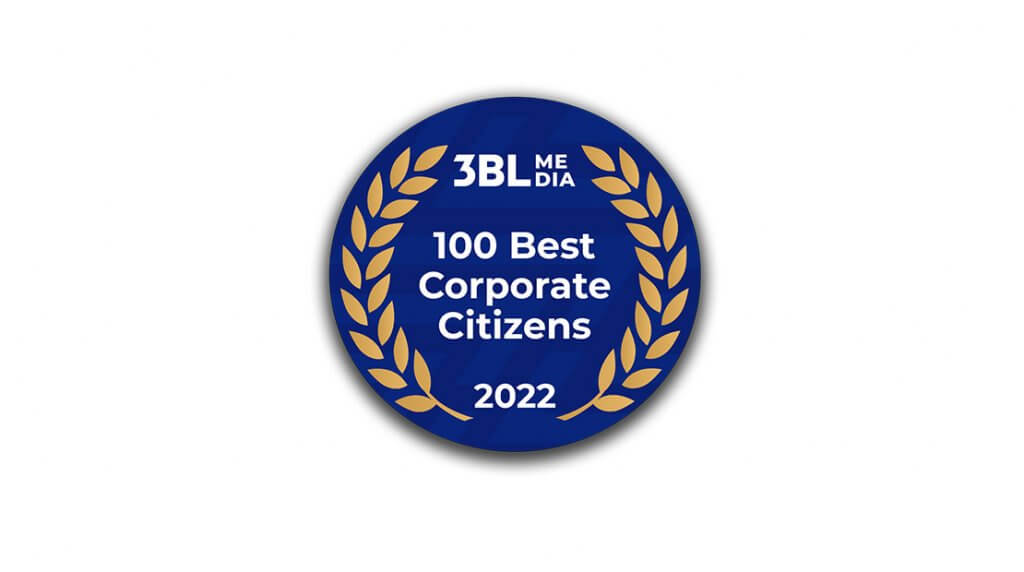 AUSTIN, Minn., May 19, 2022 /CSRwire/ - Hormel Foods Corporation, (NYSE: HRL), a global branded food company, today announced it has been named one of the 100 Best Corporate Citizens by 3BL Media.

The 2022 ranking recognizes outstanding environmental, social and governance (ESG) transparency and performance among the 1,000 largest U.S. public companies. Hormel Foods has been included on the 100 Best Corporate Citizens list 13 times.

“Hormel Foods is committed to responsibly shaping the future of food with a reputation as a company that cares about our people, consumers, communities and planet,” said Jim Snee, chairman of the board, president and CEO of Hormel Foods. “We are committed to make the world a better place through Our Food Journey™ efforts and our ambitious 20 By 30 Challenge goals. We are proud and honored to continue to be named a top corporate citizen for our ESG transparency and performance.”

Using a methodology developed by 3BL Media, all Russell 1000 Index companies are researched by ISS ESG, the responsible investment research arm of Institutional Shareholder Services. To compile the ranking, corporate data and information is obtained from publicly available sources only, rather than questionnaires or company submissions. Companies have the option to verify data collected for the ranking. Data and information used in the 2022 edition of the 100 Best Corporate Citizens ranking is from March 19, 2021, to March 18, 2022.

“Achieving the transformational targets in the Paris Agreement and UN Sustainable Development Goals in this decisive decade will require companies to truly embed ESG into the core of their business,” said Dave Armon, CEO of 3BL Media. “The 100 Best Corporate Citizens of 2022 are answering the call by demonstrating the societal and bottom-line value of leadership and transparency around ESG topics. They are setting ambitious goals, outlining robust strategies for achieving them, disclosing data to measure progress, and accounting for all stakeholders in business decisions.”

Hormel Foods continually receives accolades for its transparency and ESG efforts, including being ranked No. 57 on the U.S. Environmental Protection Agency’s Fortune 500® list of the largest green power users from the Green Power Partnership, being named one of America’s Most Responsible Companies for the third year in a row by Newsweek, being recognized as one of the World’s Top Female-Friendly Companies by Forbes and receiving several Impact Awards from Progressive Grocer for its educational support and food security programs. The company recently launched its new set of corporate responsibility goals, the 20 By 30 Challenge, as part of its overall ESG strategy. The company’s goals were based on a robust assessment process that identified and prioritized the topics most relevant to the business and its stakeholders. In addition, the company set goals that helped support the UN Sustainable Development Goals.

For access to the complete 100 Best Corporate Citizens of 2022 ranking and methodology visit: https://100best.3blmedia.com/.