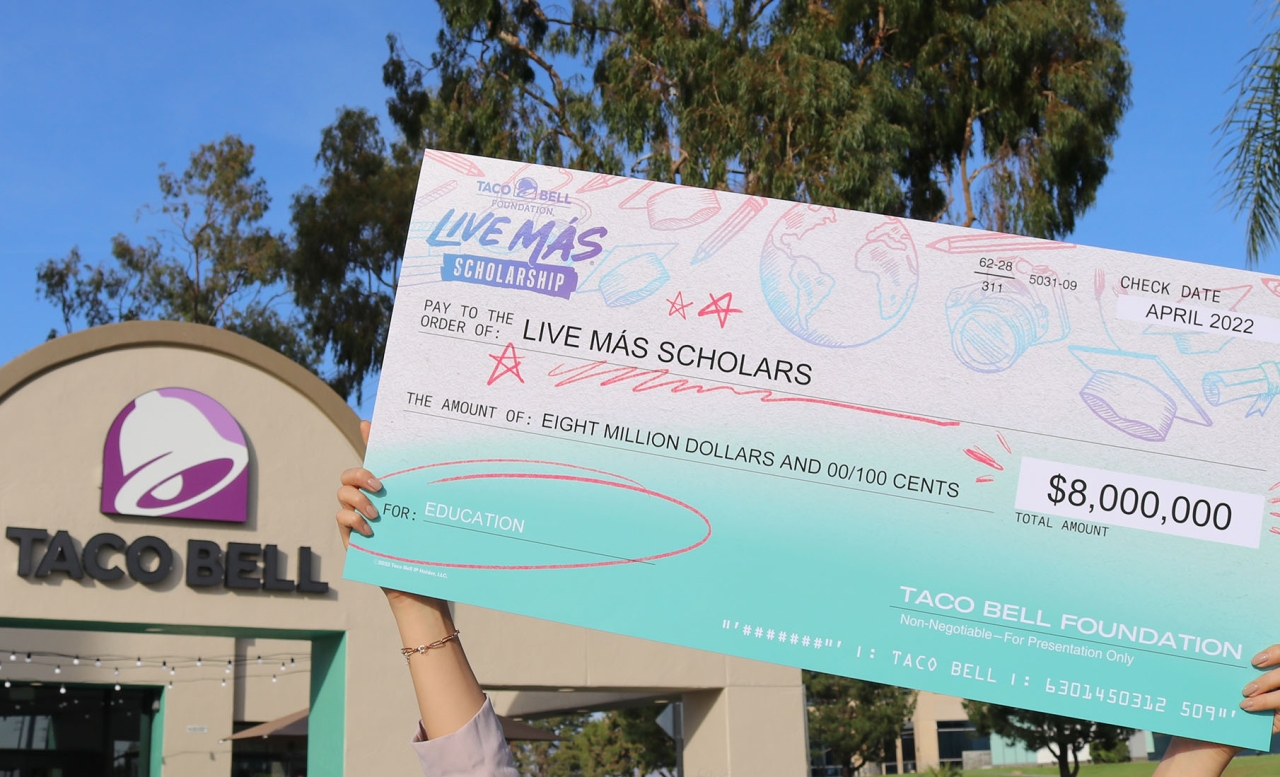 IRVINE, Calif., May 9, 2022 /CSRwire/ - There’s a new class of Live Más Scholars! Today, the Taco Bell Foundation announced more than $8 million in scholarships to break down barriers to education for 772 passionate students looking to ignite change in their communities and across the country.

With the help of Taco Bell’s Chief Impact Officer, cultural icon Lil Nas X, the Taco Bell Foundation is excited to create a memorable experience for this next generation of leaders.

“I know firsthand what it’s like to be a young person with a dream to break convention and change an industry,” said Lil Nas X. “It’s an honor to support these Live Más Scholars and I am eager to see their next chapters unfold.”

To qualify for this year’s scholarship program, these students, aged 16-26, submitted a two-minute video describing their passion, a positive change they want to make in the world, and how their education will help them achieve that goal.

“We are so excited to welcome a new, ambitious class of scholars,” said Jennifer Bradbury, Executive Director of the Taco Bell Foundation. “These scholarships are about more than providing funds. It’s about creating opportunity, driving passion and fueling the inspiration and ambition of young people across the country.”

The Live Más Scholarship is geared toward students with bold ambitions who are community-focused and have their eye on the horizon. Check out the stories from two of the scholars who will be using these funds to reach new heights:

For more information about the Taco Bell Foundation, visit www.tacobellfoundation.org.

*The links contained in this press release are provided for informational purposes only; they do not constitute an endorsement or an approval by The Taco Bell Foundation of any of the resources, services or opinions of the organizations or individuals, as applicable. The Taco Bell Foundation bears no responsibility for the accuracy, legality or content of these external sites or subsequent links. Please contact the specific external site for answers to questions regarding its content.