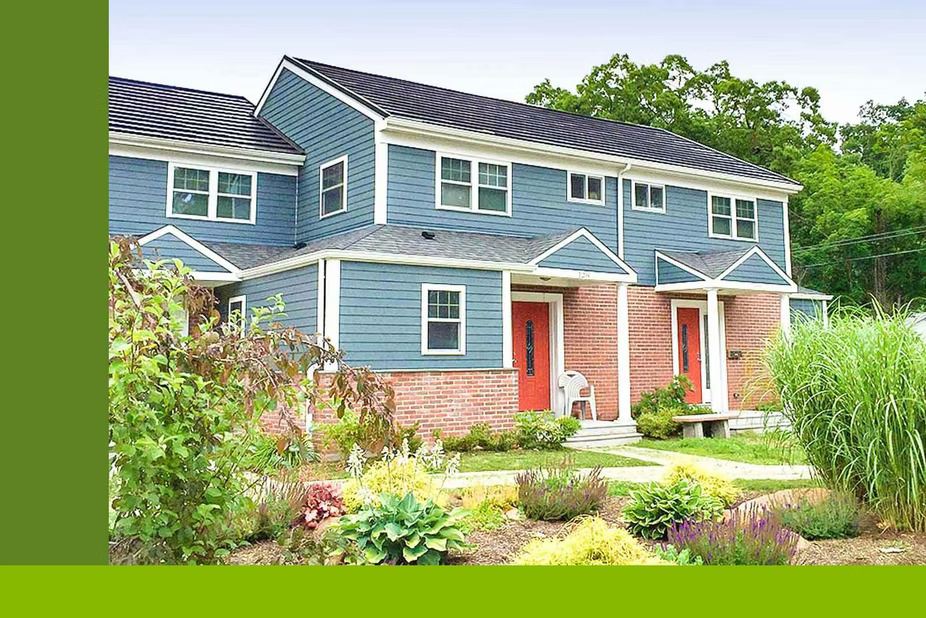 With a population around 60,000, Meriden, Connecticut, is a small New England city nestled halfway between the metropolitan cities of New Haven and Hartford. Recognized as a manufacturing town dating back to the 1850s, historical Meriden area designs have been featured in museums throughout the United States and into Europe, Australia, and New Zealand. With its picturesque peaks and the winding Quinnipiac River, Meriden is a beautiful community to live in and raise a family.

As with most New England communities, the cost of living can be challenging for many families. In fact, in Meriden approximately 10 percent of the population is living in poverty.

In 2019, the redeveloper of Meriden’s Yale Acres received an allocation of tax-exempt bonds and state subsidy financing to rehabilitate the functionally obsolete complex to create a 162-unit sustainable affordable housing development. Yale Acres is on a 28-acre site in a residential area of Meriden, Connecticut. A multi-family property comprised of 48 separate residential buildings, it includes a unit mix of one, two and three-bedroom, townhouse-style in addition to first and second floor flat units. The property is located across five residential streets and is surrounded by a residential neighborhood comprised of single-family homes.

“Yale Acres, a circa 1950 property, had become physically and functionally obsolete with high vacancies and 20 percent of the units uninhabitable,” said Robert Cappelletti, Meriden Housing Authority executive director. “The $55.5 million redevelopment was financed with a $15 million investment from a Regions Affordable Housing-sponsored fund, together with tax-exempt bonds, state subsidies and the Meriden Housing Authority, to create a state-of-the-art, near net zero affordable housing complex for the Meriden community.”

In addition to the rehabilitation of the existing buildings and construction of two new buildings, the project had a significant focus on sustainability and environmental improvements to the community. Among the updates were sustainable landscaping to naturally treat storm water and beautify the neighborhood through rain gardens and water quality basins. Improvements were made to provide larger and safer recreation areas for children and families. The two creeks and creek banks on the property were cleaned and restored after suffering from erosion and neglect.

“At Regions Bank, our mission is to make life better, and this project in Meriden is an example of this mission in action,” said Victor Sostar, executive vice president, Regions Affordable Housing. “When sustainability meets affordability, it highlights a communities’ commitment to create shared value and inclusive prosperity while serving to support natural resources and optimize energy and water use.”