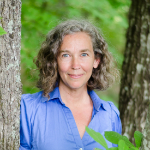 With around a billion dollars in annual revenue, The Nature Conservancy is the largest organization of its kind in America. Their stated mission is to “conserve the lands and waters on which all life depends” and they boldly claim to have “done more than anyone else to advance conservation around the world.” And yet, this large, powerful group is under fire from a set of progressive grassroots environmental justice advocates. This week on Sea Change Radio, we welcome the Reverend Leo Woodberry and Danna Smith to the show. Woodberry is pastor of Kingdom Living Temple in Florence, South Carolina and the executive director of the nonprofit New Alpha Community Development Corporation, and Smith is the executive director of the Dogwood Alliance. They explain why they are critical of The Nature Conservancy’s stance on carbon offsets, wood pellet usage and its dubious alliance with the wood products industry.