Aflac's latest effort helps close the gap between HBCU football players and the professional football draft, spotlights the fact that there were no HBCU athletes selected in 2021

Aflac's latest effort helps close the gap between HBCU football players and the professional football draft, spotlights the fact that there were no HBCU athletes selected in 2021 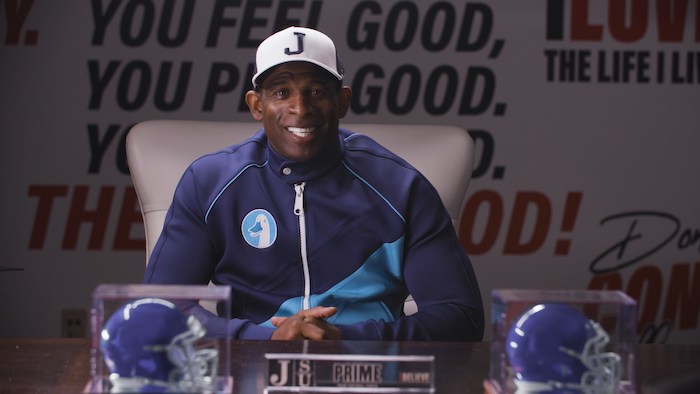 COLUMBUS, Ga., April 29, 2022 /CSRwire/ -- Aflac, a leading provider of supplemental health insurance in the U.S., unveiled, "Prime Prospects" with Coach Deion "Prime" Sanders, to address and close the growing gap between the number of qualified players at HBCUs ready to compete at the professional level and the number of athletes drafted.

As part of the campaign, Aflac also revealed a new advertisement, named "Believe," that features Coach Prime and will air during the April draft. The campaign is a reflection of Aflac's initiative, "Close the Gap," which centers on educating, supporting and advocating for those underserved and overlooked.

Since August, Aflac has worked hand in hand with Coach Prime to close the gap for HBCU football programs, all culminating in this campaign designed to shine a spotlight on those HBCU players who are ready to compete at the next level. In 2021, Aflac donated $75,000 to the Jackson State University Athletic Department for professional development as well as $25,000 as a supporting partner of Deion Sanders' Football Camp, which is featured in the "Believe" ad spot. Both Aflac and Coach Prime recognize there is more to be done to advocate for these student athletes especially because, for the first time in over a decade, there were no HBCU athletes selected in the 2021 draft.

"Aflac has a 20-plus-year history of supporting HBCUs and their alumni both on and off the field. Through our partnership with Coach Prime, we know HBCUs house elite football talent, and their athletes have promising professional aspirations," said Garth Knutson, vice president, Aflac Brand. "These students are the next generation of leaders, and their skills translate far beyond the football field. At Aflac, we know there is no better time than now to raise awareness of this gap and no better talent than Coach Prime to give these rising HBCU juniors and seniors a platform that can put them on a path to a professional football career."

Aflac and Coach Prime will introduce "Prime Prospects" with a 30-second video on social media where he explains the gap between HBCU football players and the professional draft. Using the hashtag #PRIMEPROSPECTS, Coach Prime will spotlight each player and their skills on his social media channels for professional scouts and general managers to see. "Prime Prospects" will also be promoted on Aflac's social media channels. This list of players represents 12 historically Black colleges and universities:

"Last year, there were 259 picks in the draft and, for the first time in over a decade, no players were selected from a HBCU team," said Coach Prime. "Together with Aflac, we know there's more we can do to advocate and raise awareness of these players and stand in the gap together. Whether it's through me coaching at JSU, my camp or 'Prime Prospects,' Aflac remains a committed partner, dedicated to advancing the next pipeline of HBCU players and, in turn, closing the gap for those underserved and overlooked."

Produced by The Aflac Studio, Aflac's in-house agency, "Believe" gives fans a look into the Deion Sanders' Football Camp with a narration from Coach Prime explaining that not one pick from last year's professional draft came from an HBCU. As an inaugural sponsor of the camp, Aflac recognized the need to bring attention to the gap existing between HBCU football programs and the professional draft. As part of its efforts to help close health and wealth gaps in the U.S., Aflac will donate an additional $100,000 in 2022 to help Coach Prime continue his mission of mentoring these young athletes.

"Spending time at camp last summer and working with Coach Prime to bring these stories to life is an honor," says Jared Martin, director, The Aflac Studio. "We are excited for audiences to see the ad and learn about these talented athletes who have been largely overlooked in the past."

"Believe" will air on ESPN April 28 during the first round of the professional draft. To learn more about "Prime Prospects," you can follow Coach Prime and Aflac on social media or search #PRIMEPROSPECTS. To learn more about how Aflac is helping close the gap for underserved communities, visit Aflac.com or Aflac.com/Español.

Aflac Incorporated (NYSE: AFL) is a Fortune 500 company helping provide protection to more than 50 million people through its subsidiaries in Japan and the U.S., where it is a leading supplemental insurer by paying cash fast when policyholders get sick or injured. For more than six decades, insurance policies of Aflac Incorporated's subsidiaries have given policyholders the opportunity to focus on recovery, not financial stress. Aflac Life Insurance Japan is the leading provider of medical and cancer insurance in Japan where it insures 1 in 4 households. In 2021, the company was included in the Dow Jones Sustainability North America Index and became a signatory of the Principles for Responsible Investment (PRI). In 2022, Aflac Incorporated was included on Ethisphere's list of the World's Most Ethical Companies for the 16th consecutive year, Fortune's list of World's Most Admired Companies for the 21st time and Bloomberg's Gender-Equality Index for the third consecutive year. To find out how to get help with expenses health insurance doesn't cover, get to know us at aflac.com or aflac.com/español. Investors may learn more about Aflac Incorporated and its commitment to ESG and social responsibility at investors.aflac.com under "Sustainability."