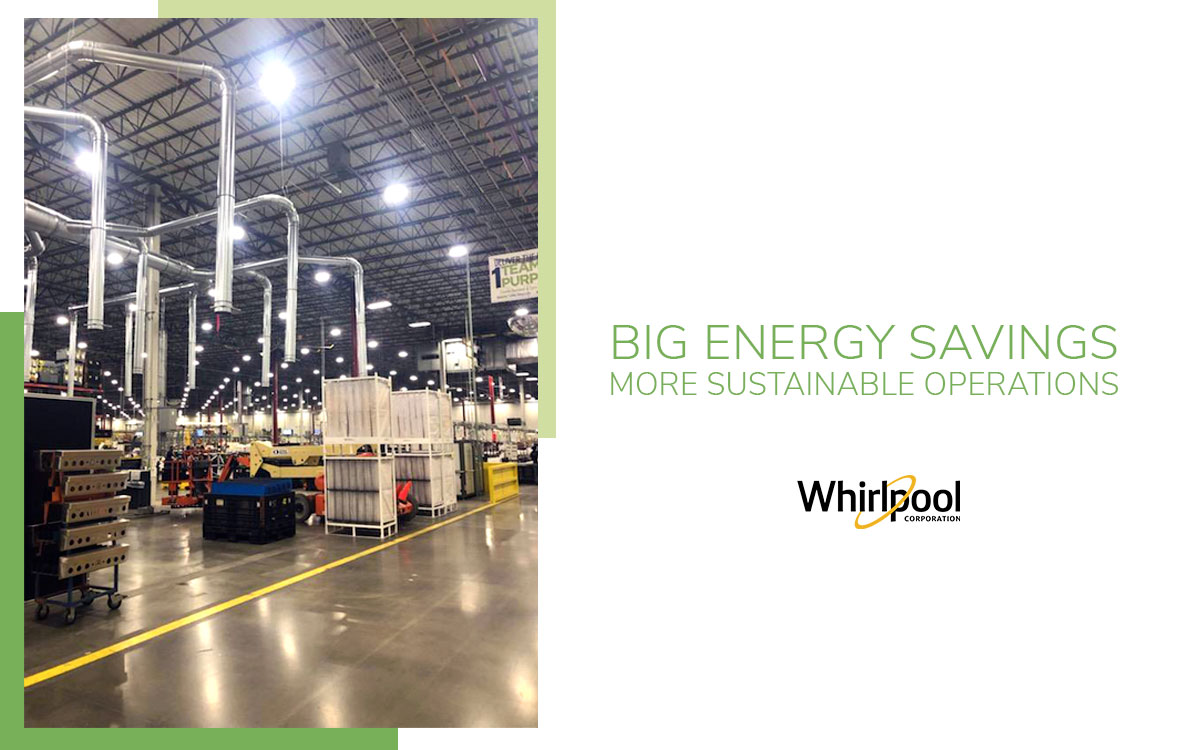 Whirlpool Corp’s operations in Cleveland, Tennessee have started the process of making energy-saving retrofits to the plant in the continuation of its sustainability journey. One of those retrofits is converting the plant’s existing Powered Industrial Vehicles (PIVs) from electric power to hydrogen fuel cells.

According to Jennifer Dodd, facilities engineering manager, the tugger fleet has already been converted, and the reach trucks are due for delivery this summer. They are planning to continue this conversion effort in 2022 by ordering fuel cell forklifts.

There are several advantages to these changes. Hydrogen fuel cells (HFCs) don’t produce harmful emissions, eliminating the costs generally associated with handling and storing toxic materials like battery acid. When fueled with pure hydrogen, the only by-products are heat and water, making the cells a zero-emission, sustainable power source.

“This upgrade allows us to save thousands of dollars in energy. It also saves in tugger driver time wasted waiting at battery charging stations, the elimination of eyewash station requirements, and other safety related savings,” said Dodd.

There are other milestone improvements being made by the Cleveland team to increase sustainability at the plant. These are part of the global Net Zero commitment to reduce the carbon footprint of this and other Whirlpool Corp. facilities.

These efforts include replacing fluorescent lights with LEDs throughout the interior and exterior of the facility. A central controller was also installed to allow some boilers to run more efficiently than they were previously able to—reducing gas consumption and increasing the life of the equipment. Improvements were made as well to chiller controls to meter the power usage of the equipment in order to create targeted savings projects, and an optimizer is being installed for the compressor system to make it run more efficiently.

“We’ve also made simple changes such as installing automatic overhead door closers in order to keep conditioned air inside the building as well,” said Dodd. “A compressed air hunt was conducted using newly purchased ultrasound equipment—to reduce energy wasted on air leaks, too. These leaks are now being repaired and the leaks will be identified and fixed on a regular schedule.”

All of these small improvements add up to a lot of energy savings for the plant, and a smaller carbon footprint overall. “I call these types of improvements picking up nickels,” said Dodd, “because they seem small on their own, but can turn into a lot of savings in energy and dollars after a while.”