Editor’s note: This is part of a series for Women’s History Month about women at Duke Energy who power the grid. Read the other two stories about the crews who build power lines and substations and deliver electricity to your home.

Three stories high on a concrete deck overlooking Lake Robinson, a 70-foot-long turbine rotates to generate 759 megawatts of carbon-free electricity at Robinson Nuclear Plant in Hartsville, South Carolina. It’s Nicole Flippin’s favorite place because she can see the plant, hear its hum and feel the connection between it and the power lines that deliver electricity for half a million people.

Flippin is Robinson Nuclear Plant’s site vice president – the plant’s top leader, responsible for its operations, engineering, maintenance and training – and she visits the turbine deck frequently as a reminder of their purpose.

“Even after 21 years in the nuclear power industry, when I walk onto the turbine deck and think about the turbine spinning at 1,800 revolutions per minute,” she said, “I still get excited to come to work at Robinson every day and make electricity.”

Flippin was the plant manager at Robinson when she was promoted to her current role in December 2021 and has worked many jobs in nuclear power plants from engineer to senior reactor operator and maintenance manager. As site vice president, her day involves a mix of technical tasks like reviewing the plant’s performance and planning for emergent and long-term maintenance and people-oriented tasks like staffing and employee development. 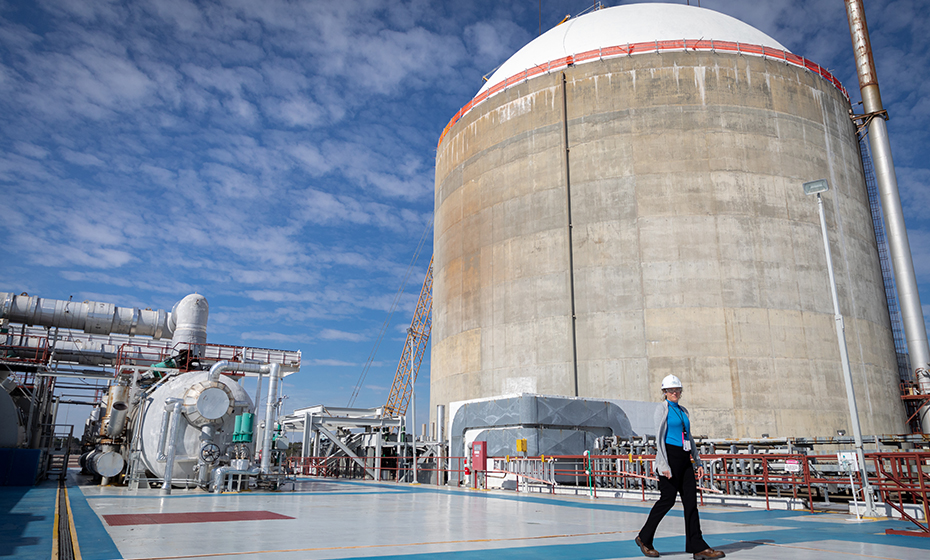 “One of the great things about working in the nuclear power is that you have the opportunity to do all different things,” Flippin said. “I learn something new every day about our plants and the communities that we serve.”

Robinson Nuclear Plant started operating in 1971 as the first nuclear power plant in the Southeast and in Duke Energy’s fleet. Today, Duke Energy employs more than 400 people and contributes $45 million in payroll and property taxes annually in Darlington County.

Nuclear power plants generate carbon-free electricity when uranium pellets – each the size of the tip of your little finger – work together in the reactor core to heat water that spins turbines and generators. Nuclear power is the United States’ largest source of carbon-free energy. In 2021 Duke Energy avoided the release of more than 4 million tons of carbon dioxide from entering the atmosphere by operating Robinson Nuclear Plant rather than generating the same amount of electricity with fossil fuels. 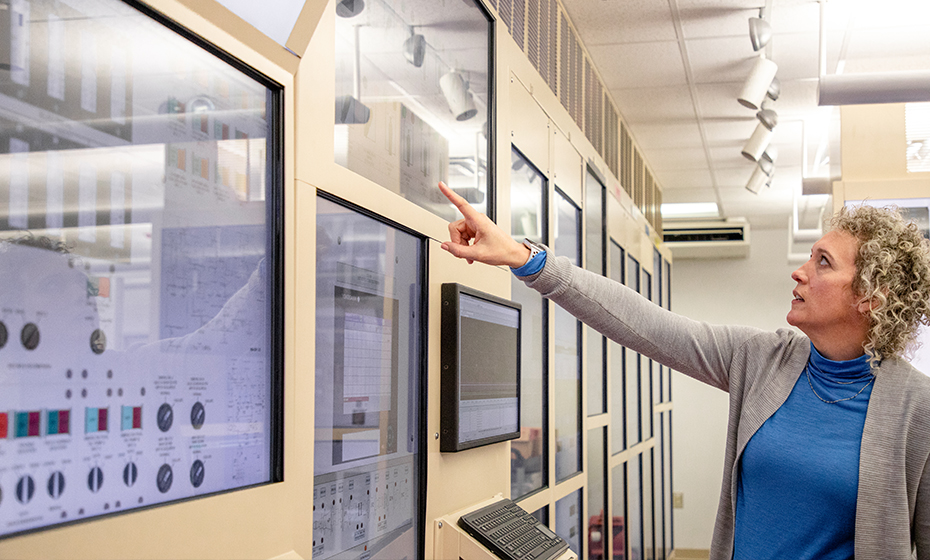 Duke Energy has six nuclear power plants that provide about half of the electricity for its customers in North and South Carolina. Nuclear power provides a foundation of reliable, carbon-free energy that will be important as Duke Energy works toward achieving net-zero carbon emissions by 2050.

Although nuclear power has decades of operating experience, the industry is finding new ways to use the fuel with new nuclear designs including small modular reactors that take up less space and are less expensive to build, and advanced technologies that are even safer, more efficient and flexible.

Robinson Nuclear Plant is licensed through 2030, and Duke Energy plans to submit a license renewal to the U.S. Nuclear Regulatory Commission to operate the plant for an additional 20 years. As part of that effort, Flippin and her team are looking for opportunities to further modernize the plant with digital controls and use new technology like drones and other robotics to make operations more efficient. 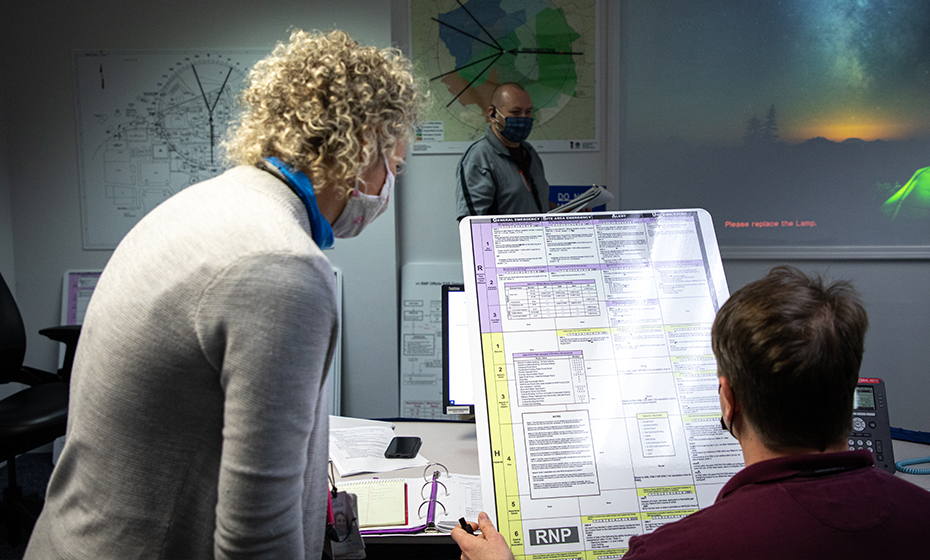 “The opportunity to lay out the long-term vision for the site and put those plans together so we can operate to midcentury is pretty exciting,” Flippin said, “and it's very motivating for the people on site.”

Flippin studied chemical engineering with encouragement from her high school science teacher and a scholarship to Auburn University. She worked in paper mills as an engineer before switching to the energy industry in 2001.

“I've always been passionate about the environment and community,” she said, “and I got to see the difference of just how clean and safe nuclear energy is.”

As an engineer, she became an expert in the plants’ designs and how they operate, and along the way developed an interest in leadership, too. Early in her career, she noticed a lack of female leaders in the industry. As her career progressed, that started to change, and she realized the value of diverse perspectives in nuclear power. When she was promoted to site vice president, the plant’s maintenance manager, Laura Basta, was promoted to Flippin’s previous role of site manager. Now women hold the top two leadership roles at Robinson, which Flippin said was a proud moment. 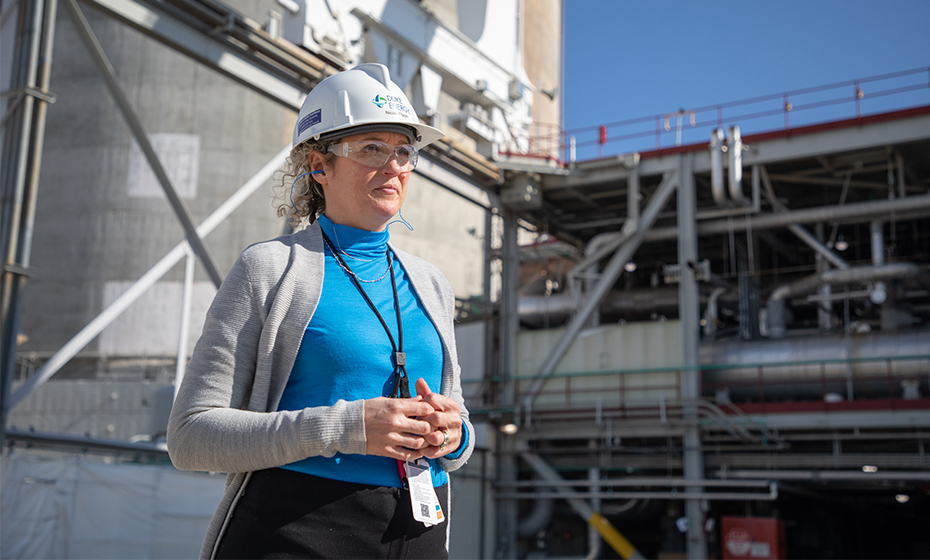 While Flippin entered the industry as an engineer, she wants others to know there are a variety of roles, such as operations, maintenance and chemistry. Sometimes, she said, your career doesn’t follow the path you expect. As she had children and changed companies, her career moves were sometimes lateral or even a step down, but she always took advantage of opportunities to learn something new.

“I never could have imagined that I would be a plant manager – much less a site vice president,” she said. “But what motivated me was not a future position. It was, ‘here's an opportunity where I can learn something and maybe make a positive difference,’ and I think those choices shaped my career a lot.”

Flippin said she’s seen innovation accelerate in the industry over the last five years and looks forward to shaping the future of nuclear power at Duke Energy. She encourages others to consider a career in nuclear, too.

“There's a bright future,” she said, “for nuclear power in our country.”