North America Has 'A Big Role to Play' in Energy Independence

North America Has 'A Big Role to Play' in Energy Independence 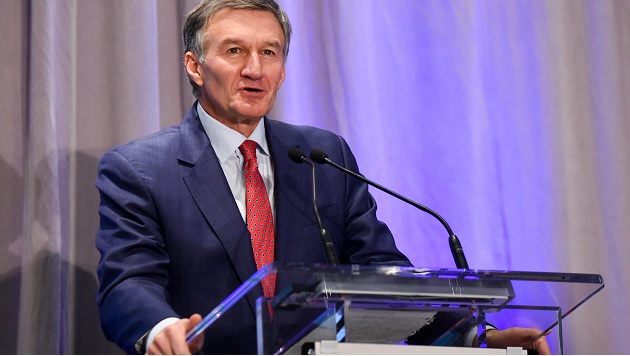 “Security of supply is elevated as an issue, and while I don’t think that will change the focus on addressing climate change, it drives emphasis on energy independence,” said Mr. Monaco, a featured speaker at the annual conference for investors.

“You are going require that North American conventional and non-conventional energy supply to increase,” Mr. Monaco said. “We’ve obviously got a big role to play given the abundance of resources, access to capital, skills and technology, and that we produce energy more sustainably than anyone else on the globe.”

He said North America needs to build out its own continental infrastructure and then focus on improving liquefied natural gas (LNG) and crude export capability, with help from supportive policies and increased regulatory and permitting clarity from governments.

Symposium organizers said Enbridge scores well on Scotiabank’s environment, social and governance (ESG) framework. They asked about progress made since the company pledged in 2020 to achieve net-zero GHG emissions as a company by 2050, and to reduce the intensity of GHG emissions from our operations by 35% by the year 2030.

“We’ve really made it part of our business,” Mr. Monaco said, citing examples of emissions reductions of 25% from infrastructure modernization, and a move to solar self-power at several points along our liquids and gas transmission pipeline network. Enbridge has three such solar facilities in operation, and 10 in development or construction.

Enbridge has stated its emissions commitments must ensure that new investments align with net-zero objectives, and that company financial models incorporate carbon pricing and costs.

Watch a replay of the presentation here.