In 2017, Maria Angelica Rosario Marquez — or Angie, as she likes to be called— joined Merck in Colombia as a clinical data specialist. She had lost her father the year before and was looking forward to starting a new chapter. The novelty of that first year, however, was short-lived, as her mother was diagnosed with cancer in 2018.

Rosario spoke to her manager, and he encouraged her to put family first. She booked a ticket to Chile and was there to support her mother and sister during the illness and her mother’s passing.

It all started with a pain in Rosario’s tongue

For a few months, Rosario felt a sharp pain on the right side of her tongue that made it difficult to eat or brush her teeth. She assumed it was caused by the stress of losing her parents, but the pain persisted. Her doctor took a biopsy, and in March 2019, he informed her of the diagnosis.

“It was the most frightening thing I’ve ever felt in my life,” she said.

A week later, Rosario was in surgery. They made an incision on the right side of her tongue and removed the cancerous tissue. The surgeon also removed 21 lymph nodes on the right side of her throat and her salivary glands. A further analysis of the lymph nodes showed evidence of cancer, so her oncologist followed up with a treatment plan that included three chemotherapy sessions and 30 days of radiation on her neck and mouth. 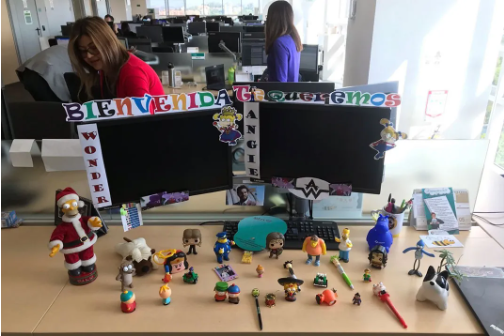 The toll of treatment for oral cavity cancer

While each patient’s experience with treatment can be different, for Rosario, her mouth would burn; and it was a challenge to eat or speak ⁠— two of her favorite activities.

Her sense of taste was also impaired, which she said was distressing because of her love of food. The fact that chocolate, one of her favorite foods, tasted disgusting to her was heartbreaking.

“The doctor told me that he didn’t think I’d ever be able to speak well again. I told him that wasn’t an option because I love talking too much.”

When Rosario started to feel a deep depression, she prioritized her mental health and sought treatment from a psychologist, who taught her to focus on the present. Her psychologist encouraged her to visualize herself as a strong and healthy woman.

“I always say cancer was my teacher, it taught me how to live. If you have air in your lungs, you have everything you need,” Rosario said. 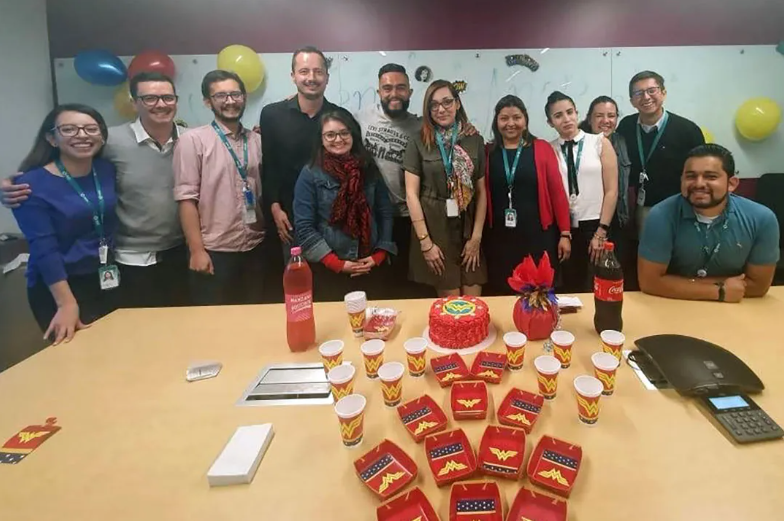 Hope and a welcome party from her work family

Rosario is grateful for the science and research that helped play a part in her treatment. As of the last visit with her doctor, she remains healthy with no evidence of disease. Rosario credits her work family at Merck for supporting her through much of her recovery. With the recent loss of her parents, her co-workers came to her aid with powerful emotional support that helped her through the toughest times. A lifelong collector of superhero toys, Rosario came back to the office to find her desk covered in dolls, figurines and other gifts. Inspired by Rosario’s courage, her colleagues even gave her a super-nickname: ‘Wonder Angie.’

Rosario has recovered her sense of taste, and she has blissfully returned to enjoying chocolate once again.