How This IoT Device From Charity: Water Could Advance Water Access for Billions

How This IoT Device From Charity: Water Could Advance Water Access for Billions 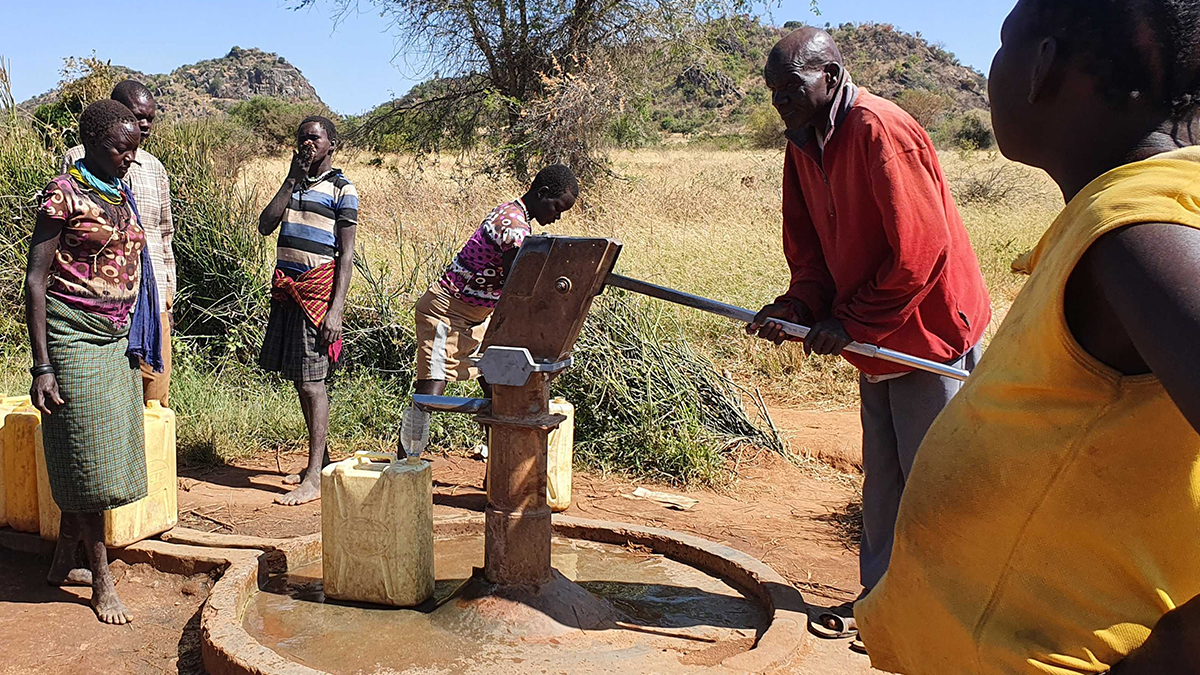 How This IoT Device From Charity: Water Could Advance Water

The Transformational Tech series highlights Cisco’s nonprofit grant recipients that use technology to help transform the lives of individuals and communities.

Founded in 2006, nonprofit charity: water has shown an incredible commitment to ensure that more people have access to enough clean water. With the assistance of grant funding from Cisco, charity: water has finalized designs, tested, and implemented a first-of-its-kind Internet of Things (IoT) sensor to remotely monitor rural community hand pumps.

Lack of access to reliable water sources is one of the biggest issues facing humanity. Almost an entire third of the global population (up to 2.9 billion people) live in communities and regions that are water scarce. Often, they rely on small-scale water systems, like hand pumps, for all their water, including for drinking, washing, and cooking. In many cases, an entire community uses a single hand pump, adding even more pressure on its effectiveness. With little government support and challenging accessibility to remote rural communities, these water systems are difficult to maintain. In fact, as of 2018, as much as 25 percent (as many as 175,000) of the water points in Africa are non-functional.

When these water sources break down — and they often do — it leaves the whole village without any water until a skilled pump technician can travel to fix it, which can take days or weeks. Historically, the only way to know if rural water systems were working properly was to send someone via motorbike to check the pump, which can be complicated, time-consuming, and expensive. These system techs can realistically visit only three or four sites a day. And in that visit, they gather just one piece of data — the pump’s reading during the half hour that the tech is at the site — a very steep cost for very little data.

Years of research and design

That’s why the charity: water team developed a scalable solution that can remotely monitor water usage and health of hand pumps, in real-time, using an IoT-based sensor.

According to Christoph Gorder, charity: water’s Chief Global Water Officer, this device has been a long time coming. “We started looking into academic patents in 2012, but what we found in our searches were basic proof of concepts with no potential to scale the technology.” Quite simply, no sensor existed for rural hand pumps.

So the charity: water team designed their own IoT sensor, from the ground-up, to monitor usage and transmit that data to the cloud. Christoph continued, “We found that an IoT-based sensor can provide much more data for a fraction of the cost, using the same principle that applies to connected devices around your house, your car, and your phone.”

After years of learning, and with a Global Impact Grant from Cisco, charity: water launched the India Mark II sensor. “With this latest generation that Cisco has been a part of, we’ve taken everything that we learned over the course of the last five years to create this amazing thing,” Christoph explained. “And all that’s the beginning of an incredible story that nobody else can tell — and the sensors will tell that now.”

The India Mark II sensor is designed to operate in remote low-resource environments. It can be installed without specialized equipment or technical skills. It can geolocate, or detect its position in the world, so that it can be easily visualized on a map, enabling repair vendors to efficiently plan maintenance visits.

The sensors detect things like water flow rate and volume, and can take as many as 13 million readings a day. This data is compressed and transmitted to the cloud (for just pennies a week), where it is processed using advanced analytics tools. Customized insights can be provided through dashboards, email, and reports, which enable teams to better understand usage, quickly detect service degradation or failures, and provide valuable information to stakeholders and donors.

The future of IoT sensors

The India Mark II sensor has the potential to be a critical tool in reliably providing clean water to the world’s most vulnerable people. It’s already overcome the challenges of deployment at scale in very rugged environments. In late November 2021, charity: water shipped over 390 India Mark II sensors to Uganda. By December 3, the first units were distributed to the remote area of northeastern Karamoja. Within three days, teams of local mechanics were installing the sensors on community water systems; and they have since successfully transmitted data in real-time, leading to some interesting insights. For example, there was a significant spike in water consumption at a location on New Year’s Eve.

Christoph envisions a bright future for charity: water. “In the world of data, you start out with quite a simple concept of what you want and then you realize it’s a treasure trove. This dataset is already the largest dataset in history of rural water use in the developing world.” He continued, “we’re going to learn so much about consumption rates, and which water points are overburdened, and which are underutilized.”

With this treasure trove of data, charity: water can unlock a world of endless possibility, like training an algorithm to predict hand pump failure, so maintenance vendors can proactively address issues — saving time, money, and most importantly, access to clean water. Having helped over 14.7 million people access clean water since 2006, the charity: water team strives to expand their reach and impact millions more by continuing to innovate and leverage technology.