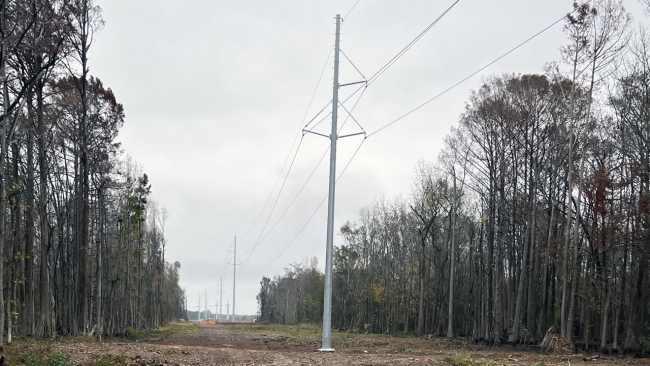 MONROE, La., March 28, 2022 /CSRwire/ - Entergy Louisiana recently completed a $100 million project across Ouachita Parish that positioned the region for economic growth and increased the resilience and reliability of the electric system in north Louisiana.

While new transmission equipment was installed as part of the West Monroe Reliability Improvement project, portions of the existing, local transmission system (which sends power to the distribution system and, ultimately, homes and businesses), were upgraded. This work made the electric system in the area more interconnected with higher capacity, which will help the company deliver power now and into the future by way of clean generating resources like solar, for example. Also, while the project enhanced service reliability, it can also help import lower cost power that would keep the region attractive to existing or new customers, including those turning to electrification to reach sustainability goals.

“The completion of the West Monroe Reliability Improvement project marks another milestone in modernizing the electric system in north Louisiana,” said Phillip May, Entergy Louisiana president and CEO. “We are confident this significant infrastructure upgrade will not only support existing customers and businesses and new ones looking to call the region home, but also the delivery of affordable, reliable and clean power now and into the future.”