Editor’s note: This story is part of a series for Women’s History Month about women at Duke Energy who power the grid and our clean energy transition. Throughout March, we’ll show you the plants that generate electricity and the crews who build the power lines and substations that deliver it to your home. Click here to read the first story.

Wen Tong walks through the maze of metal structures making up one of Duke Energy’s newest substations in Tarpon Springs, Fla., and thinks about all the customers the substation will serve. Tong is a project manager for Duke Energy’s transmission organization working on the highest voltage equipment carrying electricity away from power plants to customers.

As part of its goal to reach net-zero carbon emissions, Duke Energy will invest $2 billion in 5 million solar panels in Florida by 2024 and $100 million in battery storage by the end of this year. Substations like this one, 30 miles northwest of Tampa, will help distribute power generated from new renewable energy sites and existing facilities while improving reliability and meeting customer demand for electricity in the area, which is projected to grow by 10 percent over the next decade. 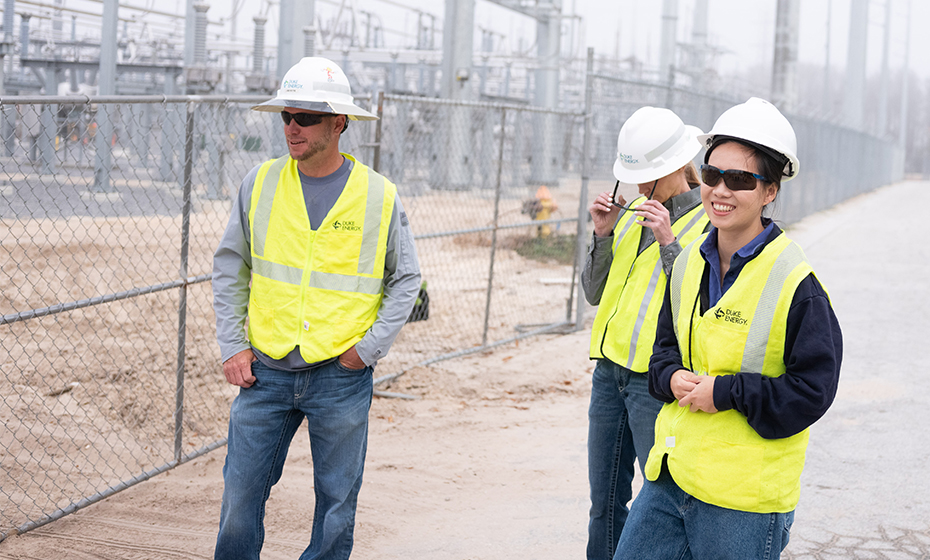 Substations require multiple years and collaboration from many teams to build. It’s Tong’s job to make sure the project stays on time and budget. She works with engineers on the project’s design, orders materials, schedules work and develops estimates with Duke Energy crews and contractors. She sees herself as the bridge between all the teams involved.

Because each project is different, she spends as much time at the site with her team as she can.

“I enjoy being in the field, talking with people and opening the manholes and control cabinets,” she said, “rather than just hiding behind the computer.”

At Tarpon Springs, the team had to find the most efficient way to plan the construction, working around easements and storm drains, and relocating telecommunications lines.

“Those are things you never know until you come to the site and ask questions,” she said. “It’s kind of like building a house.” 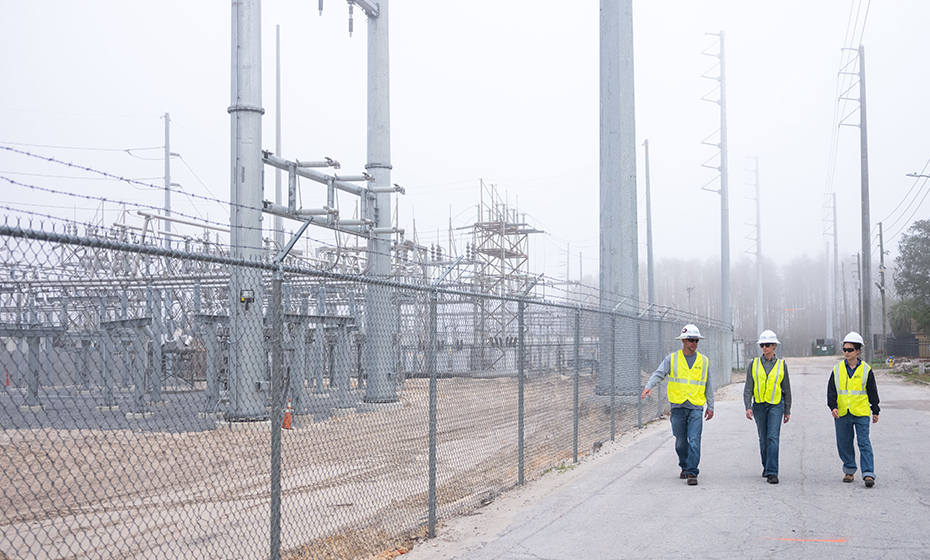 One of the most unusual projects for Tong’s team was the Bayboro gas insulated substation near downtown St. Petersburg. Instead of the maze of metal at Tarpon Springs, the Bayboro substation is inside a brick building. It’s the first of its kind for Duke Energy in Florida.

Most substations are outdoors, making them more susceptible to severe weather and wildlife, but the indoor substation protects electrical equipment while taking up less land. The added protection is valuable in downtown St. Petersburg, where lightning, hurricanes, storm surge and wildlife like squirrels and birds are common threats, and real estate is scarce. The new substation can withstand 150-mph winds and powers critical infrastructure nearby including University of South Florida’s St. Peterburg campus and All Children’s Johns Hopkins and Bayfront hospitals.

“I do see the innovation happening every day right now. Duke Energy is trying to have more and more innovation in transmission,” Tong said. “This is one of the examples to minimize footprint and increase reliability to provide power to the customers in this region.”

Tong grew up in China, where her parents worked in the utility industry. She earned a scholarship to study electrical engineering at the University of Massachusetts and came to the United States with two suitcases in 2007. She wanted to work for a utility like her parents, so she specialized in power utility engineering.

After earning her graduate degree, she worked as a power distribution engineer and transmission substation engineer, which gave her technical knowledge, before moving into roles in business development, where she strengthened her financial and project management skills. She joined Duke Energy as a project manager in 2018. 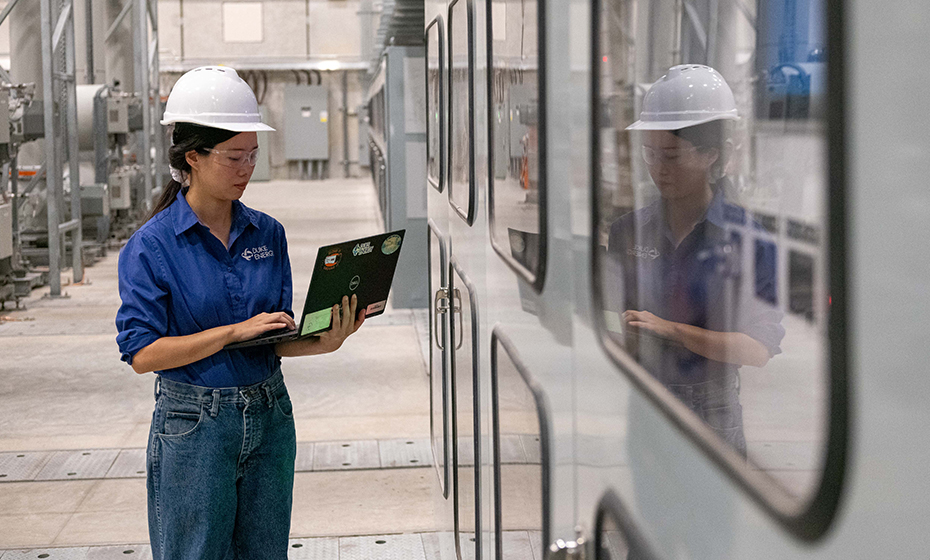 Though Tong never expected to work in project management when she started her career, she said she’s most proud of how she has overcome the challenges she faced early in her career and learned to build relationships with people for the betterment of their projects.

“There were definitely very challenging moments – a language barrier but also the culture – I remember, I was super shy at that time,” she said. “When you work with 20 to 30 people and the pace is so fast, I think as a young graduate you feel lost. However, right now, I feel like most of my success is from building relationships with people even though my background is totally different.” 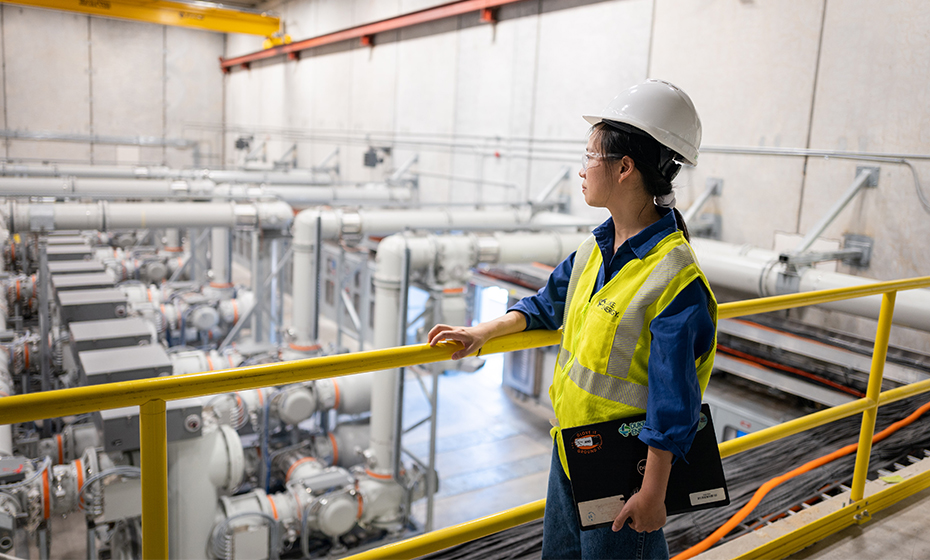 Tong said she feels lucky to have had mentors who encouraged her to push through those challenges and pursue a career in engineering as a minority and woman. She hopes others will consider engineering and find the same satisfaction she has.

Working for Duke Energy, she said, she’s motivated by the ownership she has in her responsibilities and the satisfaction of seeing her projects come to life. 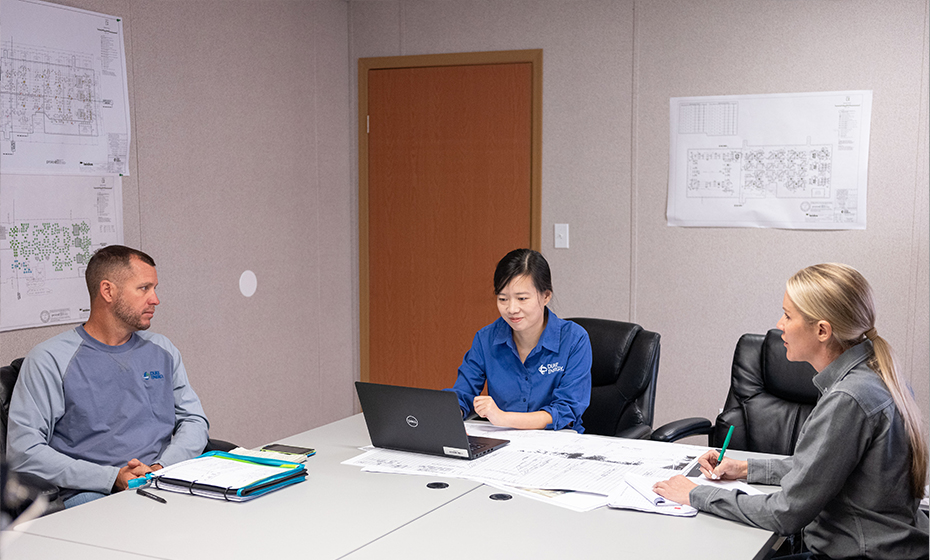 “When you build things and see them get accomplished, you feel like it's your baby,” she said. “The greatest part of this job is you can see the work done. You can see the power line go up and know how many customers are served. After 10, 20, 30 years, you’ll still see your substation. One day when my daughters grow up, I’ll let them know, ‘Hey, your mom built that.’”