Through volcanoes, floods, or droughts, Cisco and Mercy Corps lessen the suffering and expand the connectivity.

Through volcanoes, floods, or droughts, Cisco and Mercy Corps lessen the suffering and expand the connectivity. 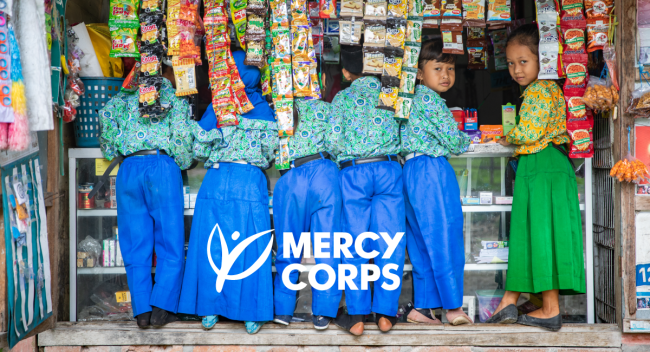 For more than 40 years, Mercy Corps has been responding to the world’s worst disasters, offering food, clean water, shelter, and support to all who are afflicted.

Today, digital technologies play an ever-increasing role in making those responses as fast and efficient as possible. And much of that is thanks to a five-year partnership with Cisco, to secure, streamline, and expand Mercy Corps’ digital capabilities.

Those capabilities continue to play out daily in Indonesia, where Mt. Semeru erupted in December 2021 with torrents of hot ash and lava, triggering an immediate humanitarian crisis.

And it illustrates the kind of rapid response — and long-term support — that Mercy Corps teams excel at.

“Indonesia is on the ‘ring of fire’ and prone to volcanoes and earthquakes,” Piva said. “But Mt. Semeru is not something we expected to happen, because it has been asleep for a long time. So, when the eruption happened, it had a massive impact on the local community.”

Some first-response aid workers had to hike 15 hours to reach areas affected by lava flows, mudslides, and unusable roads and bridges. But Mercy Corps soon set up an emergency response center away from the worst-affected areas. Communications kits supplied by Cisco to a regional hub played a big role in enabling it to happen.

“The emergency response kits were prepositioned in our Jakarta office,” explained Zerom Tesfay Negasi, Mercy Corps’ global IT service delivery manager. “So, when the eruption happened, it was easy to get them to the area of impact — and it was easy to install and configure them.”

That enabled Mercy Corps’ critical work to continue, even under challenging conditions.

“We need good, stable internet to upload important data, pictures, and videos, as well as set up meetings with donors and government leaders, and to communicate with our own teams,” Piva said. “Cisco has really helped us.

Everything has gotten smarter, better, and with less hassle.”

A partnership built on compassion — and expertise

The partnership began in 2017, soon after Cisco announced its commitment to positively impact one billion people by 2025 through its social impact grants and signature programs. Mercy Corps, with its long history of responding to critical disasters — along with ongoing educational, agricultural, and other aid to underserved regions — seemed a perfect fit for a partner.

“Mercy Corps has a really strong emergency response team and has embraced technology,” said Erin Connor, senior manager for Cisco Crisis Response. “We are happy that we can provide our technology and expertise to help them do even more from everywhere they operate.”

“Everywhere they operate” means regional office hubs or ad-hoc country headquarters that spring up whenever a tsunami, hurricane, drought, or other disaster strikes. As climate change continues to accelerate, such disasters will only increase — and with disproportionate impacts on underserved regions.

“We’ve provided Cisco products in 138 Mercy Corps offices in 36 countries,” added Connor, “and we’ve expanded that to provide equipment for community spaces in refugee camps and technical support and guidance around emergency solutions.”

Alexa Schmidt, director of Mercy Corps’ Technology for Development team, spoke of the critical importance of those digital tools for nearly all of the organization’s operations.

“I’m so happy and proud of the work that we’ve been able to do with the partnership with Cisco,” she said. “Digital technologies are hugely important and ever more so. Every day we see technology as a powerful way to increase the scale, efficiency, and quality of our work.”

Of course, a great technology partnership goes beyond technology. Human connections are equally important. Especially when dealing with fast-changing situations.

“Some of the successes of the partnership were really baked into the design at the beginning,” Schmidt added. “Those include things like radical transparency and flexibility. Cisco has been an incredibly accommodating and understanding partner, making it very clear that it was okay when things didn't go according to plan and that we could adjust and refine accordingly.”

From his home in Kenya, Zerom spoke of the impact of the Cisco partnership from a networking perspective.

“Before the engagement with Cisco, our country offices all had different technology solutions from different vendors,” he said, “and that created a lot of challenges. We did not have visibility into the systems, and it cost time and resources to manage it.”

"When Cisco engaged with us," he said, "we set up a centrally managed network that enabled us to proactively identify any network traffic and security issues even before our end-users realized there was an issue. With the Cisco technology, we are able to manage our networks easily, while ensuring scalability, remote accessibility, and support. In turn, this saved support time, reduced operational costs, and increased organizational efficiency.”

All of which enables Mercy Corps’ overall mission — helping people in need around the world.

“There are just so many people that this partnership impacts,” Schmidt concluded. “Everyone from our team members in places like Nigeria, Pakistan, and Yemen who are getting automated data analysis to the more than 10.6 million people whose lives have been impacted through our use of digital tools. It’s really profound what we’ve been able to implement as a result of this partnership.”