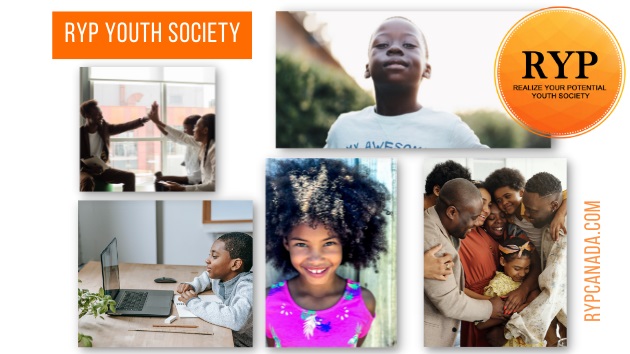 From heart-wrenching tragedy has come hope for Black youth in Alberta.

After enduring racial bullying, a 15-year-old immigrant from Sudan took her own life. In tribute to her, and in response to the community’s shared sorrow of losing one so young, the Realize Your Potential (RYP) Youth Society formed in 2020, offering mentoring and education programs for eight- to 24-year-old descendants of the African diaspora.

Today kicks off Black History Month in the United States and Canada. This observance, also known as African-American History Month, was first officially recognized in 1976 and honors the often overlooked ways that Black people have advanced and enriched our North American societies.

RYP Youth Society founders “wanted to give youth a place where they can go, where their parents can go, where the school can go,” explains Desiree Henry, a co-founder of the society and its program manager.

“If you’re not sure how to help a child who’s dealing with racial issues, there’s now an organization to support youth on many levels—financial, educational, mental health and mental wellness,” she adds.

Henry is moved to tears as she recounts the society’s story of founding.

“I get emotional every time I talk about it,” she says. “For me, it’s a personal hit. Her story wasn’t my story, but it could have easily been, without the support I had.”

Henry is referring to support she received while she was a student at Mount Royal University in Calgary. She and three others, united through their shared experiences of discrimination, racism and systematic oppression, developed programming to support themselves and others—programming that has evolved into RYP.

For a few years after Henry’s graduation in 2015, the founders went their separate ways, following different career pursuits. But after the young girl from Sudan took her life, they were drawn together again to support Black youth, this time reorganizing into a registered, non-profit society.

Over the past year, teachers, therapists, psychologists and technology professionals have helped design programming for Dreamers (kids aged eight to 15) and Ambassadors (youth aged 16 to 24). Each program seeks to give participants “skills, knowledge, and motivation to feel empowered, connected, and ready to realize their fullest potential,” Henry says.

The first cohort of 41 youths is in progress; 75 are on a waitlist, ready to take part.