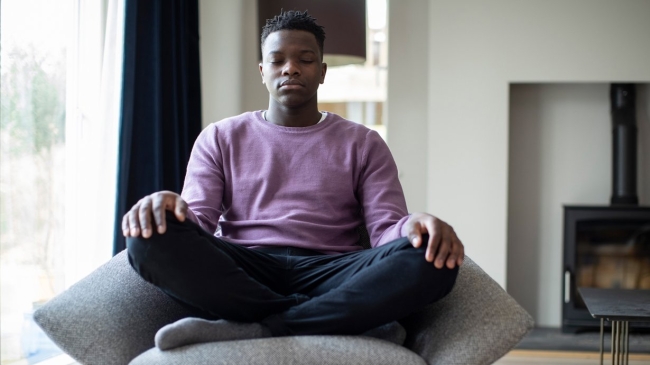 The day Diana Park’s son punched a hole through the wall, she knew he needed help. She just wasn’t sure how to go about it.

As the mother of three teenagers, Park (not her real name) is well aware of the issues that can impact their mental health. Two of her teens have struggled with their mental health, but it has presented in different ways. “With my daughter, she became very quiet and withdrawn,” she says. But with her son, it was a different story. Starting around age 13, she noticed some changes in his behavior that were concerning. “I could tell my son was super angry, and it wasn’t like him,” she says. “I grounded him once for bad behavior and he punched a hole in the wall. It was something he’d never done before, and I knew that I needed to do something.”

Park’s children are far from alone. In fact, an estimated 1 out of 7 teens and preteens, ages 10 to 19, struggle with mental health issues like depression or anxiety. As the parent of a teen, you might be unsure of what to do when it seems your child is troubled. After all, it’s normal teen behavior to push parents away and keep their emotions to themselves. How do we get them the help they need if they don’t want to talk about it?

How digital wellbeing tools can help a struggling teen

Fortunately, Park was able to find a therapist and persuade her son to work with them to get to the root of his anger. Using cognitive behavioral therapy (CBT) helped him to understand his emotions better and learn how to manage them. What might be surprising to parents is the role technology played in managing his mental health.

“One of the things his therapist suggested was to cut out some of the sugar in his diet,” she says. By using a digital health app, “he was able to see how certain foods were spiking his blood sugar, and then he was crashing—a big reason why he was so irritable and angry.”

While ongoing studies continue to explore the connection between teens’ increased screen time and mental health, technology can also play a positive role by making it easier to get help, according to the National Alliance on Mental Illness (NAMI). Experts also say the mental health field is just beginning to understand the unique needs of the generation raised on tech and is finding new strategies to help them achieve balance.

Phyllis Fagell, a licensed clinical professional counselor, a school counselor and author of Middle School Matters, agrees that parents of teens will need to adopt a more “hands-off” approach, but that doesn’t mean staying silent.

First, says Fagell, there’s nothing teens like less than being asked questions such as “What’s wrong?” and “Are you OK?”—especially if these questions come out of the blue. You’re likely to get an annoyed overreaction from your teen or a compulsory “I’m fine.”

Instead, check-ins with your teen should be something you do routinely, not just when they are struggling. Additionally, Fagell suggests offering support rather than barraging them with questions.

If you notice that your teen is moodier than usual, or is spending more time in their room than before, Fagell suggests you pop in and say something like, “Let me know if I can help in any way,” or “I’m happy to help if you think that would make things easier for you.”

Moodiness is common in teens and may not always signal a serious problem. And sometimes, says Fagell, your teen may want to work out their problem on their own: “Don’t assume that just because there is a problem, that they want your support.”

That said, there are some red flags when it comes to teen mental health. “If their sleep or eating is changing, they’re spending all of their time online, they’ve stopped showering, and something is definitely really off, that’s when you want to seek some professional help,” says Fagell.

Of course, parents should be aware and concerned if a teen is spending time online to the exclusion of all else. But using technology can actually help. For Park, the app her son used helped him become more aware of the connection between what was happening in his body and his moods.

“It was great that he had evidence of that happening, versus me telling him,” she says. “Because of course he didn’t really believe me; he needed to see it on his own.”

Park’s daughter also found a few apps that helped her with her anxiety, including a popular meditation app, which both she and Park’s son still use to fall asleep.

Fagell has seen firsthand how technology can be harnessed to help teens manage their mental health. Some of the teens she works with have had success using apps that help them track their moods and emotions. But she also thinks social media—which has gotten a bad rap these days—can have real benefits for many teens.

“The positives are that it is a place where kids often can connect with like-minded people, especially if there’s a special interest area,” says Fagell. “It could be around gender and sexuality, for instance, where they may otherwise not have the support they need.” And in these pandemic times, when it may not have been possible to socialize in person, many teens have used technology to stay connected with friends virtually—which can be key to their well-being.

Where to find help

If you’re looking for a good place to start, NAMI has a robust section on teen mental health. Parents can also reach out to their child’s pediatrician, school psychologist or guidance counselor for support, and to ask if there are any digital strategies or tools they recommend.

Whatever tools you use to help your teen manage their mental health, the bottom line is that it’s something all parents should keep on their radar. World Teen Mental Health Day on March 2 could be a great opportunity for a check-in.

The author has been compensated by Verizon for their work.

We are reinventing our networks around mobility, broadband & global connectivity to create a platform for long-term growth not just for us, but for America and the world.