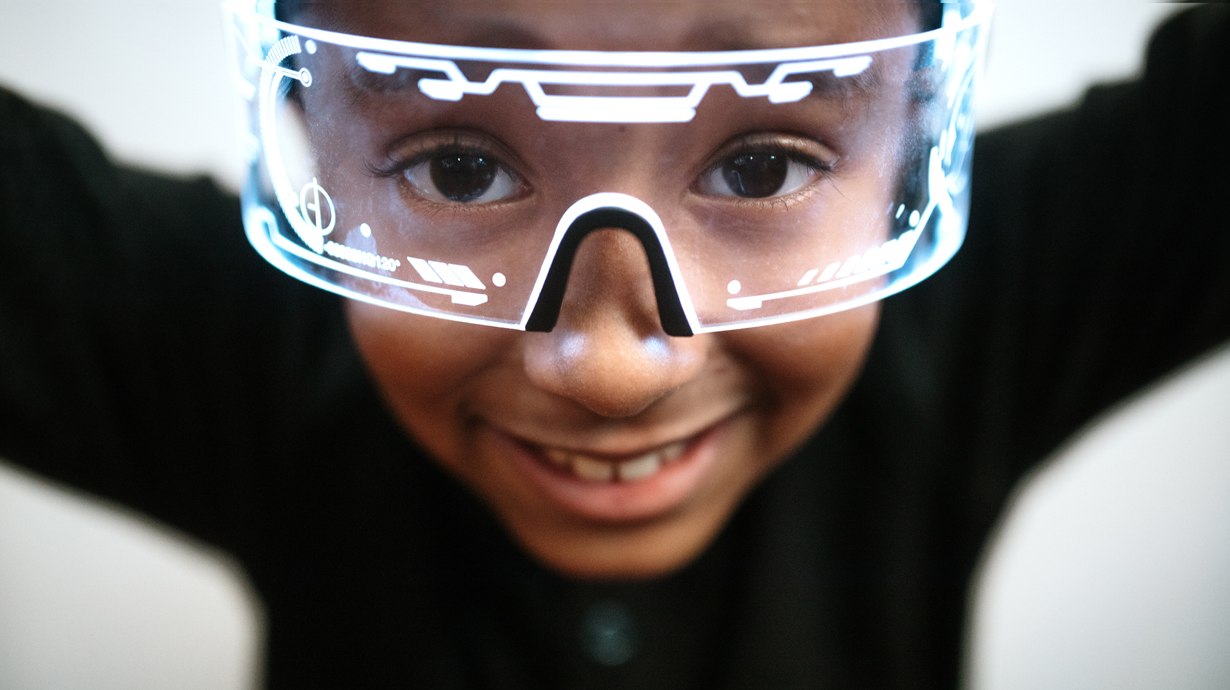 How parents and technology can work together to create the next generation of Black tech innovators.

Do you know their names?

There’s Roy L. Clay, a legendary computer scientist in Silicon Valley who was the lead developer of Hewlett-Packard’s (HP) first minicomputer in the 1960s. Gladys West is a pioneering mathematician who was part of the team that developed the Global Positioning System (GPS). Clarence “Skip” Ellis was the first African American to receive a Ph.D. in computer science. He led a group that developed techniques that allowed the “collaborative editing of documents” and is credited with paving the development of Google Docs.

And there’s more. Theoretical physicist Dr. Shirley Jackson was the first Black woman to earn a Ph.D. from Massachusetts Institute of Technology (MIT), and her research led to the invention of technology behind caller ID and call waiting. Marie Van Brittan Brown, in the 1960s, invented the first home security system, which has evolved into an essential piece of equipment used in most “smart homes” today. And Gerald Lawson was an engineer who helped invent the first video game console and interchangeable game cartridge in the 1970s.

They all helped form the rich legacy of contributions made by Blacks in technology and science. Today, there are Black tech millennials who are CEOs of tech startups, gamers and app developers.

“There are so many new innovators that have emerged, from investors to entrepreneurs, and I think today we’re starting to see that visibility a lot more,” says Sherrell Dorsey, entrepreneur, data journalist and author of Upper Hand: The Future of Work for the Rest of Us.

Despite the increased visibility, a lack of diversity in tech is still widely reported, according to the Diversity in Tech: 2021 U.S. Report. Yet encouraging a diversity of young people to consider a career in tech is critical to a future that predicts more than 45 million will lose their job to automation, according to that same report.

In science and technology, representation matters. To inspire a new generation of Black innovators, Black tweens and teens must be able to successfully access technology. One challenge facing many of them is the digital divide: the gap between those who have reliable internet connectivity and dependable devices, and those who don’t. For Blacks, 30.6% of households lack high speed internet, and 17.2% are without a home computer.

“When COVID hit, it became really clear that not all access is equal,” says Trish Millines Dziko, co-founder and executive director of the nonprofit Technology Access Foundation (TAF). “Down to the very essence of communication, not every Black or brown household had broadband, and poor households across all races had issues with not having broadband.”

“The lack of access to the internet is definitely one problem amid a host of other problems that disinvestment has sparked,” Dorsey says. “There’s an article I read a couple of years ago, a researcher talks about ‘the lost Einsteins.’ It’s not an intellectual gap. When you’re in survival mode, when do you have time to create or imagine a future world? Some kids are able to survive that, some kids are not. Some communities are able to survive that, some communities are not.”

STEM (Science, Technology, Engineering and Math) education is considered a foundation for any Gen Z or Gen Alpha student who wants to pursue a career in technology or engineering. Unfortunately, not all schools offer STEM programs, which can leave some Black students with few options.

“I started TAF because what I realized was those kids of color, underrepresented in tech, were not going to participate in what was becoming a boom,” says Millines Dziko. “The internet wasn’t big yet, but I was on the inside and I could see it. And I noticed that the kids in high school and in the community that I was living in were not getting access to this stuff.

“I decided that to truly change it there needed to be some programming to catch these kids earlier in their stage.”

After 25 years, TAF is in seven Seattle schools, and 20,000 students have gone through its program.

Sherrell Dorsey was one of them.

“It gave me a place to be, and another community to be part of,” says Dorsey. “I got to work on really cool things with other people. So just imagine if there was a TAF everywhere in the world.”

Millines Dziko says that STEM education also offers a foundation for students of color who want to pursue other fields that use science and technology, such as health care, finance and economics.

“Critical thinking, problem-solving, ideation, communication, being able to do research, being able to collaborate: All of those 21st-century skills are what STEM education or STEM learning is for us,” says Millines Dziko.

Tackling the issues of closing the digital divide for Black children, increasing their opportunities for STEM education, and striving to increase the representation of Black technologists will require schools and tech companies to work together.

“Schools and companies have to be very diligent and vigilant about how they are tying curriculum to the actual needs of employers, so that students are equipped to take on the jobs that are needed in the future, with or without a four-year education,” says Dorsey.

Under Citizen Verizon, the company’s responsible business plan for economic, environmental and social advancement , Verizon has made a commitment to fostering digital inclusion. As part of its Verizon Innovative Learning initiative and partnerships, the company offers a year-round STEM education program that works with underrepresented students and prepares them for careers in science and technology.

Nonprofits are making a difference.

In addition to the work being done by schools and by tech companies like Verizon, technology and STEM-based nonprofit organizations play an integral role in supporting efforts to increase the number of Black technologists.

Verizon Innovative Learning STEM Achievers program is offered at community colleges and historically Black, Hispanic and minority-serving institutions nationwide. The program exposes middle school students from underserved communities to next-generation technology to help them become creators and makers by developing STEM and entrepreneurship skills through hands-on, interactive instruction. In addition, Verizon has made the curriculum for this programming accessible to educators nationwide for free on the next-gen learning portal Verizon Innovative Learning HQ.

Founded in 2014 by computer scientist Khalia Braswell, INTech is a nonprofit dedicated to teaching computer science and technology skills to Black girls and Latinas ages 10 through 18. Since going virtual during the pandemic, the North Carolina-based group offers a virtual summer camp that is open to girls across the United States and Canada.

“The girls go through the process of not only learning technical skills, but soft skills too, such as learning how to work on a team and how to present your work in a meaningful way,” says Executive Director Jerika Jones. Technology is also one field in which Black girls can find careers that could help them start creating generational wealth.

Started by five Black male technologists, including Executive Director Brandon Nicholson, Ph.D., The Hidden Genius Project is dedicated to mentoring “Black male youth in technology and entrepreneurship and supporting their potential to be leaders in changing technological landscape.”

“Our young people are brilliant, resilient, and readily assume responsibility for stewarding our communities toward a better future,” says Nicholson. “I believe in their power and relish the opportunity to support them through their journeys.”

What parents and caregivers can do

Parents have the most important role in nurturing their child’s curiosity about a career in technology. Sherrell Dorsey offers these tips on how to do it:

Black tweens and teens have to do their work too. Dorsey also offers this advice on how they can start to build a network for their career in tech:

Reversing the trajectory and cultivating the next generation of Blacks in technology will take persistent work. But Millines Dziko urges all stakeholders to stay the course.

“No matter what, if you believe in this work and believe it has to happen, whether you’re a parent or you’re running an after-school program, you’re a kid or a corporate person, it doesn’t matter who you are,” Millines Dziko says. “If you feel that this is something important, don’t stop at the first failure.”

Join the village. Learn how Verizon is partnering with parents and nonprofits to help close the digital divide and create an inclusive, digital future.

Yolanda Parks is Executive Director, Content Standards and Client Strategy at Magid. She is responsible for developing recommendations on advertising and content standards; online safety; and Diversity, Equity and Inclusion issues.

The author has been compensated by Verizon for this article.

We are reinventing our networks around mobility, broadband & global connectivity to create a platform for long-term growth not just for us, but for America and the world.