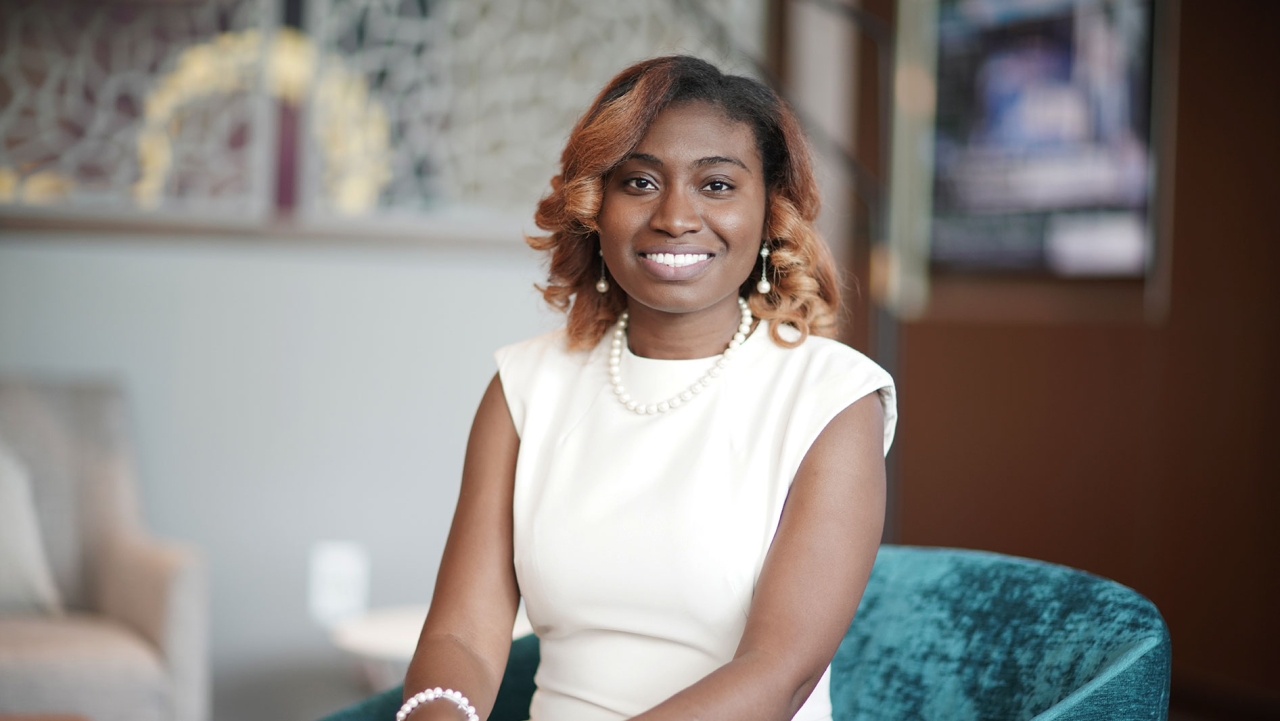 Dr. Porscha Showers’ route to health sciences wasn’t always a sure thing. Porscha, who grew up in Louisiana, wanted to become an attorney – despite having a mother who worked as a registered nurse and a father who was a laboratory chemist.

But as a teenager, Porscha’s parents sent her off for a summer of science immersion and American College Testing (ACT) prep at Southern University's Timbuktu Academy. Spending the summer learning about the impact that medicine can have helped her realize where her true interests lay.

Porscha is now a Principal Medical Scientist on Gilead’s Patient Access and Quality of Care team. She works with large insurers and regional healthcare payers, most of which serve traditionally disadvantaged communities, to help ensure people have access to care. Her goal is to help bring awareness to the health disparities she saw in the Southeastern part of Louisiana and to improve the health of people in the area.

“My parents take credit nowadays saying, ‘We helped point you in the direction of your career,’” laughs Porscha. “They were extremely happy with my decision, but I’m happy, too. I learned I can still invoke change through science.”

Racial Equity in Education
Porscha started on her science career path by pursuing a Doctor of Pharmacy degree at Xavier University of Louisiana, a Historically Black College and University (HBCU) in New Orleans and a grantee of Gilead’s Racial Equity Community Impact Fund. Xavier was academically rigorous and represented a new environment for Porscha – one that her father experienced, as well.

Porscha’s father graduated from Jackson State University, an HBCU in Mississippi, and he landed his first job at a career fair the university hosted. Even through many mergers and acquisitions, he ended up retiring more than 30 years later from the same pharmaceutical company that recruited him and three of his friends.

“The recruitment had a huge impact in all of their lives and ultimately mine,” reflects Porscha. “We still keep in touch with his buddies, and they always say how their lives would be totally different if the company didn’t show an interest in recruiting Black research scientists.”

Diversity in Healthcare
For Porscha, graduating from an HBCU not only opened opportunities for her, but also helped her identify what was important for her to carry throughout her science career.

“Something that HBCUs and Black people have always known is that we’re treated very differently,” Porscha says. “At Xavier, it was always in the forefront of our minds that in medicine we need to look at people in their totality, including their race, gender, beliefs and more.”

After graduating, Porscha gained experience as a research, inpatient and managed care pharmacist. At Gilead, she has worked in everything from COVID-19 to oncology – but her biggest passion still lies in addressing healthcare disparities.

“We need to bring diversity into the medical field to help tackle healthcare disparities,” says Porscha. “There are challenges and barriers to that, but it’s especially important to see diversity within companies that serves patients with different backgrounds.”

Porscha says she’s been pleased with her experience at Gilead, where she believes she has the space to speak up and make change – that diversity of thought and experience is valued. And more broadly, she’s optimistic that the work she’s doing, along with changes in education, policies and legislation, will help health inequities shrink in the country.

But she’s eager for this pace of progress to accelerate.

“It’s nice that there’s now a broad awareness of health disparities, but I see a lot of talk and not a lot of impact,” she says. “I do think change will occur in my lifetime, but who wants to wait 60 years? As a millennial, I want things done now – or yesterday.”