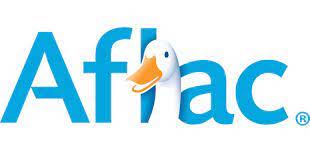 COLUMBUS, Ga., February 16, 2022 /CSRwire/ -- Insured, but still exposed – that's what Aflac, a leading provider of supplemental insurance in the U.S., discovered in its inaugural Aflac Care Index. This survey of more than 6,500 adults was designed to help measure Americans' awareness of and exposure to debt resulting from medical bills not covered by health insurance – and findings revealed that a staggering 46% of respondents do not have enough savings set aside to pay for potential unexpected medical expenses, even when they have insurance. For those living in economically distressed communities, that percentage is even higher.

"The Aflac Care Index reveals that the high cost of health care is a huge problem for the uninsured, but they are not alone, as even among those who have health insurance, nearly half say that they could not pay for costs that are not covered by their insurance," said Aflac U.S. President Teresa White. "As a company that cares for our neighbors, our employees and our communities, we want to utilize this information to help address this national challenge head on. No one should have to choose between daily living expenses and paying medical bills, which unfortunately, is how many Americans are forced to live today."

According to the Aflac Care Index, 24% of respondents report having no money in their savings accounts and 48% say they have less than $1,000. Further exacerbating the situation is that 33% of insured Americans cannot go more than one week without a paycheck, while 71% cannot endure a month without pay, leading many (25%) to have to borrow money in the event of a medical emergency, almost a quarter (22%) saying they would need to find an additional job, and 6% would have to file bankruptcy. At the same time, more than three-quarters (78%) of insured respondents underestimate their financial exposure to common medical challenges, such as heart disease and breast cancer.

"Millions of Americans are forced to make difficult health-related decisions every day, often delaying treatment or incurring debt due to the high costs of health care," said Shannon Watkins, Chief Brand and Marketing Officer for Aflac. "The most important thing Americans can do to avoid the impact of medical debt is to be prepared. Make sure you assess your out-of-pocket maximum in relation to your savings, take steps to boost your rainy-day fund and prioritize preventative care to identify where you may be vulnerable based on your family history. Supplemental insurance, like Aflac, is also a potential solution, as it is designed to help close the gaps between what health insurance covers and does not."

Health care challenges and inequities facing Americans also vary by region. When looking at the group of respondents whose savings are less than or equal to their ability to pay out-of-pocket costs, it is revealed that a higher number of residents living in 11 U.S. states – Arkansas, Iowa, Indiana, Kansas, Kentucky, Ohio, Oklahoma, South Carolina, Texas, Virginia and West Virginia – are identified as exceeding the average vulnerability to medical debt, lacking available savings should a medical need arise. Insights include:

From emergency funds availability to family history of disease – especially cancer and heart disease/stroke – these 11 states also stood out across several areas of concern. According to the American Cancer Society, residents of these states generated an estimated 445,000 new cancer cases in 2021, or roughly 23% of the nation's total, and many rank highly for coronary heart disease and stroke as well, meaning that those who are most concerned about the impact of high health care costs are often the most impacted by health challenges.

Aflac is working to help Close the Gap:

To help address these concerns, Aflac applied the data and key findings from the study to help inform its new Close the Gap initiative, a comprehensive program that aims to help educate, support and advocate around the critical and rising issue of medical debt. In October, the company announced its intent to give away $1 million to families, individuals and organizations throughout 2022. And starting this month, Aflac will expand its CareGrants program and award grants to communities greatly impacted by medical debt, as identified through data from the Aflac Care Index.

Conducted by The Bantam Group, Inc. and commissioned by Aflac, the Care Index surveyed 6,514 Americans nationwide, all of whom have health insurance and make or share in household insurance decisions, via online survey in October 2021.

Aflac Incorporated (NYSE: AFL) is a Fortune 500 company helping provide protection to more than 50 million people through its subsidiaries in Japan and the U.S., where it is a leading supplemental insurer, by paying cash fast when policyholders get sick or injured. For more than six decades, insurance policies of Aflac Incorporated's subsidiaries have given policyholders the opportunity to focus on recovery, not financial stress. Aflac Life Insurance Japan is the leading provider of medical and cancer insurance in Japan, where it insures 1 in 4 households. For 15 consecutive years, Aflac Incorporated has been recognized by Ethisphere as one of the World's Most Ethical Companies. In 2021, Fortune included Aflac Incorporated on its list of World's Most Admired Companies for the 20th time, and Bloomberg added Aflac Incorporated to its Gender-Equality Index, which tracks the financial performance of public companies committed to supporting gender equality through policy development, representation and transparency, for the second consecutive year. To find out how to get help with expenses health insurance doesn't cover, get to know us at Aflac.com or Aflac.com/Espanol.