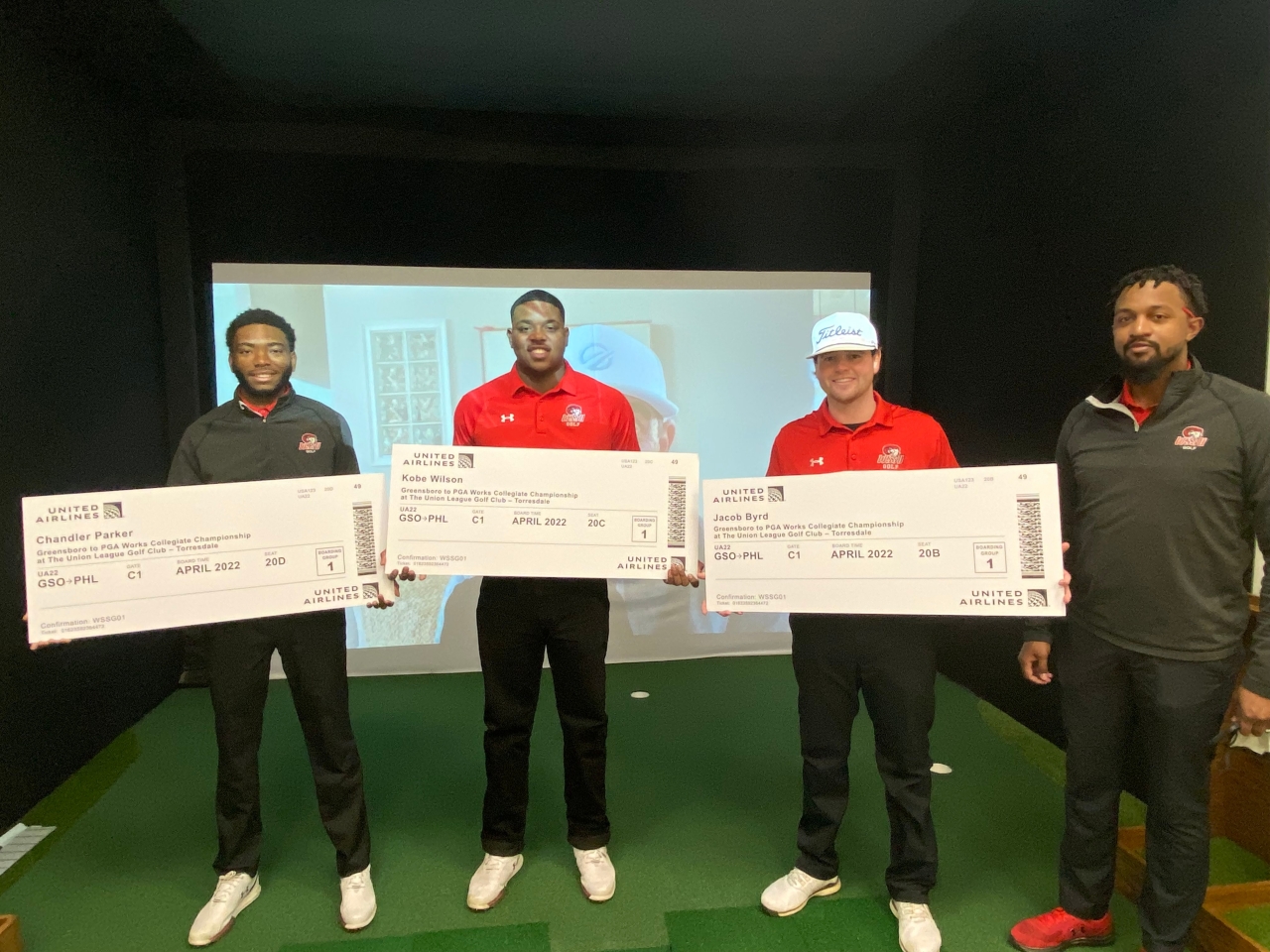 CHICAGO, February 8, 2022 /CSRwire/ – United Airlines along with the PGA TOUR announced that United will award 51 golf teams at Historically Black Colleges and Universities with more than half a million dollars in grants, divided equally among the schools, to fund travel for golf tournaments and recruiting efforts. The donation is part of United Airlines and the PGA TOUR’s shared commitment to diversify and grow the sport and provide resources that allow HBCUs to recruit and compete at the highest levels of collegiate golf. Each school will receive $10,000 in travel credits, enabling more than 250 student-athletes, coaches and their equipment to fly United to compete in high-profile tournaments that were previously out of reach. HBCU golf coaches attribute the lack of access to air travel among the greatest barriers to developing successful golf programs.

"Removing barriers for HBCU students to have the same opportunities given to other collegiate athletes will open doors for countless young Black golfers to achieve their dreams and for HBCU golf programs to develop to their full potential," said United President Brett Hart. "United is committed to advancing inclusion and racial equity and that begins with making meaningful mentorship and scholarship investments in the communities we serve."

These grants will allow each team the opportunity to attend more tournaments this season, including events like the prestigious PGA Works Collegiate Championship, Mardi Gras Golf Invitational and Black College Golf Coaches Association Houston National Invitational. Previously, many HBCU golf teams would not have the resources to compete at these events or would have to drive, which requires student-athletes to take multiple days away from school.

"The golf program at Winston-Salem State University came back to the school for the first time in 10 years last fall. This year, the United Airlines grant will impact our program’s ability to travel tremendously," said Winston-Salem State University Head Golf Coach Charles Penny, II. "It now allows for our program to consider more tournaments to play in the fall. Specifically, this past fall, we were only able to play one tournament due to limitations in our travel budget. This fall, we will be able to add close to four."

For the student-athletes, the opportunity to compete in more tournaments isn’t just about improving their game – the relationships they build off the course with mentors and golf and industry professionals can make a difference in their ability to pursue the sport as a career.

"We are super grateful and excited to have the support of United Airlines to make for excellent and safe travel to our tournaments,” said Christyn Carr, a golfer at North Carolina A&T State University. “It gives us the freedom to compete in different states that we have not been able to go to before, and it allows us to have more time on the course than on the road. I'm looking forward to reaching new heights this semester, not only in our game but in our travel."

United is the "Official Airline of the PGA TOUR," and the organization’s first sponsor to support the TOUR’s larger HBCU Grant Program. Developed in early 2021 by the TOUR’s HBCU task force, the program aims to leverage the TOUR’s partner network in order to offset the financial burdens many HBCU golf programs face.

"On behalf of the PGA TOUR, I’d like to express my appreciation to longtime partner United Airlines for their support of HBCU golf programs and the many collegiate golfers who will benefit going forward," said PGA TOUR Commissioner Jay Monahan. "We have made a pledge to help diversify the landscape of competitive golf and this collaboration between United Airlines and these colleges and universities will be a significant step towards leveling the playing field and enhancing the student-athlete experience along the way."

In addition to travel grants, student athletes will have access to mentorship and career coaching from United employees. This summer, United will work with golf influencer Roger Steele along with select PGA TOUR professionals to showcase the depth and skill HBCU golf programs offer across the country through a four-part digital content series. To keep up with the HBCU golf programs travel journeys this season, follow @United and @PGATOUR on Twitter, Instagram, Facebook and TikTok.

United’s shared purpose is “Connecting People. Uniting the World.” In 2019, United and United Express® carriers operated more than 1.7 million flights carrying more than 162 million customers. United has the most comprehensive route network among North American carriers, including U.S. mainland hubs in Chicago, Denver, Houston, Los Angeles, New York/Newark, San Francisco and Washington, D.C. For more about how to join the United team, please visit united.com/careers and more information about the company is at united.com. United Airlines Holdings, Inc. is traded on the Nasdaq under the symbol "UAL”.

The PGA TOUR, headquartered in Ponte Vedra Beach, Florida, co-sanctions tournaments on the PGA TOUR, PGA TOUR Champions, Korn Ferry Tour, PGA TOUR Latinoamérica and PGA TOUR Canada. Members on the PGA TOUR represent the world’s best players, hailing from 28 countries and territories outside the United States (90 international members). The PGA TOUR has long-term domestic distribution partnerships for broadcast coverage on CBS, NBC and Golf Channel and video streaming service on ESPN+. Internationally, PGA TOUR coverage is available across 200+ countries and territories in 27 languages via 43 local broadcast partners, in addition to the digital streaming service platform GOLFTV powered by PGA TOUR. Virtually all tournaments are organized as non-profit organizations to maximize charitable giving, and to date, tournaments across all Tours have generated more than $3.37 billion.

Fans can follow the PGA TOUR on PGATOUR.COM, the No. 1 site in golf, on the PGA TOUR app and on social media channels, including Facebook, Instagram (in English, Spanish, and Korean), LinkedIn, TikTok, Twitter, WeChat, Weibo, Toutiao, Douyin and LINE.