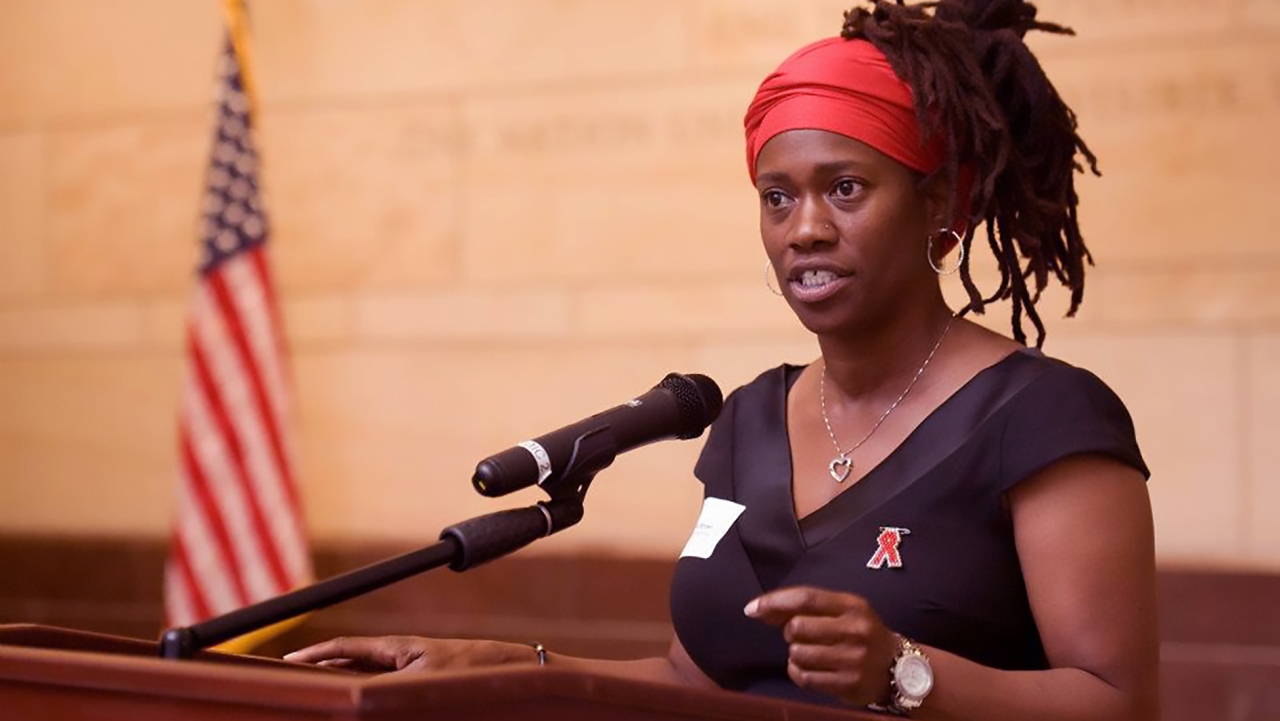 Gina Brown has been living with HIV for 27 years and introduces herself as a social worker by training, but an activist by birth. As the Director of Strategic Partnerships and Community Engagement at the Southern AIDS Coalition, she’s working to fight against challenges that she has personally experienced such as homelessness, addiction and abuse, as well as stigma, racism, sexism and ageism.

“Everything that you could think of when it comes to HIV, I’ve experienced,” she says. “When I'm sitting at the table, I'm not just talking with an employee hat on. I'm talking from a community standpoint as a person on the same journey.”

‘Stigma kills’
Stigma can be a significant barrier to receiving HIV care or medical treatment. A 2021 survey by GLAAD and Gilead shows that the U.S. South not only has the highest rates of HIV diagnosis, but it’s also a region that is generally uncomfortable with HIV. Positive test results, in turn, are too often accompanied by secrecy and isolation.

Stigma impacts people everywhere with HIV, but Gina believes in the Southern United States it’s more than just external stigma. “We internalize what people say and think about us. We get caught up in it and actually think those things about ourselves too.”

The Southern AIDS Coalition, a Gilead grantee, focuses on stigma reduction and culturally appropriate care. Education and public health advocacy are core to the organization’s goals of preventing new transmissions and building a better life for people living with HIV.

“You go in the room, and you might have somebody who will stand up and say, ‘I'm HIV.’ And I say, ‘No, you’re living with HIV.’ That’s the first thing, getting people to understand that we are living, we’re not dying, we’re not sick, we’re not all of those things,” she says.

Power of Community: Sharing HIV Experiences
Gina also helps facilitate a program called “Out of the Shadows,” with the Institute of Women and Ethnic Studies. The group works to provides a safe space for women in the New Orleans community to share their HIV experiences, improve access to services and overcome feelings of isolation. She says it was her own experience with the community that was critical to helping her regain her confidence after being diagnosed.

“What you see now is not always who I was in this fight. It was people who truly carried me and gave me tools to empower myself. People saw things in me that I never saw in myself,” she says.

Gina now wants to serve as that type of person for those she works with, and she always strives to meet them where they are in their journeys. “If you need to crawl, I will crawl with you. When you start walking, I will walk with you.”

But Gina says with a laugh, “When you start running, you’re on your own because I'm too old to run. I’ll do everything else with you, but I'm not running.”

Ending the HIV Epidemic
Efforts by the Southern AIDS Coalition and other organizations to reduce stigma and discrimination have been highlighted by the United Nations as critical to ending the epidemic. Gina looks with optimism toward the end of the epidemic and the UNAIDS goal to get every community and country on track to end AIDS as a public health threat by 2030.

“Stigma is an onion with many layers,” Gina says. “We can really do this – we really can, but we have to address the layers that drive HIV.”