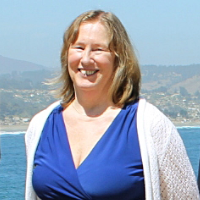 We hear a lot about solar and wind power, but a renewable source of clean energy that continues to be largely untapped is the ocean. According to the US Energy Information Administration, the annual energy potential of waves off the coasts of the United States is 2.64 trillion kilowatt hours, or the equivalent of about 66% of this country’s electricity generation in 2020. Over the past two decades, many marine energy projects have sprung up around the world aiming to harness this seemingly limitless resource. This week on Sea Change Radio, we speak to Andrea Copping, a senior research scientist at the Pacific Northwest Laboratory, to catch the latest on wave energy. We learn about the various technologies, the benefits these projects present, potential regulatory hurdles, and the kinds of harmful effects they may have on marine life.