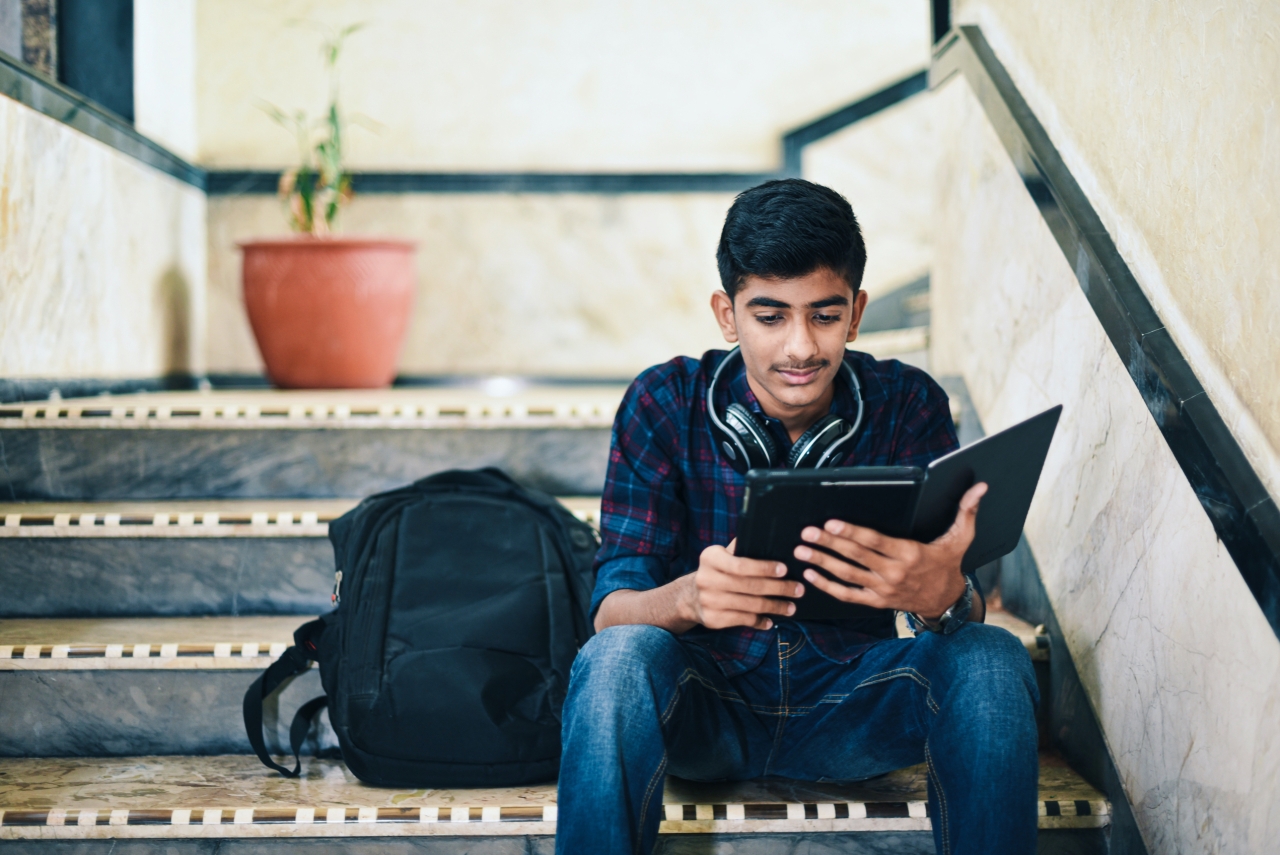 While the International Monetary Fund (IMF) predicts India’s economy will bounce back strongly from the pandemic — with GDP predicted to grow 12.5 percent in 2021, after an eight percent decline in 2020 — a big challenge is ensuring that the growth is inclusive.

India has achieved a great deal in inclusive growth, lifting as many as 133 million people out of poverty in the last two decades, but it is clear that more needs to be done. Upon the release of India’s Global Human Development Report, The Real Wealth of Nations: Pathways to Human Development, Syeda Hameed, a member of India’s Planning Commission, said “far too many people are being left out of India’s growth story.”

In an emerging market with nearly 1.4 billion people, that may sound like an insurmountable challenge. There are a few factors, especially in the area of education, that indicate a more inclusive future is possible.

As early as 2014, Indian Prime Minister Narendra Modi proclaimed, “I dream of a digital India where quality education reaches the most inaccessible corners driven by digital learning.” In the same year, the Ministry of Skill Development and Entrepreneurship was established, with the aim of matching the supply of skilled candidates with the requirements of employers.

Unfortunately, around the world inequality widened throughout the pandemic. Disadvantaged communities and individuals with poor infrastructure and employment prospects felt the heaviest impact. In an increasingly digitized world, lack of access equates to lack of opportunity.

While technology drives overall economic expansion, it is more specifically digital connectivity that determines access to economic and social opportunity. At Cisco we believe that connectivity is critical to create a society and economy in which all citizens can participate and thrive. And we’re working to make that happen.

Even before the pandemic, Cisco India started to bridge the education divide, with the creation of the Cisco Ideathon in 2019, which fundamentally changed our hiring practices to be more inclusive. The program was open to students from Cisco Networking Academy partner colleges and universities in rural and peri-urban areas, which are not part of the traditional talent supply chain. And top performers are often offered internships or jobs with Cisco.

Cisco Networking Academy equips educators with leading curriculum (licensed free to educational and non-profit institutions), Webex by Cisco, and resources for students that lead to industry-recognized skills and certifications. This is a true end-to-end skills-to-jobs program connecting learners with peers, mentors, and job opportunities through our job-matching engine, Talent Bridge.

Job offers to date have been equally distributed by gender, with a significant number of students hired from rural and peri-urban states, such as Odisha, Uttar Pradesh, Madhya Pradesh, and Rajasthan, where practically no top-tier company traditionally sought top talent before. Through Cisco Networking Academy’s training and education partnership with the NIIT Foundation, these underserved communities can participate in growth opportunities.

NIIT Foundation, an education NGO, has a mandate to reach the unreached, uncared for, and unattended, to ensure inclusive development. The NIIT Foundation’s mission is to positively impact the underprivileged of the country through educational initiatives and skill development programs.

For its extraordinary work on inclusive education, the NIIT Foundation recently received Cisco Networking Academy’s Be the Bridge Award.

NIIT Foundation works hard to ensure all Indians have access to the education and skills that jobs of the future require, to ensure inclusive development for all Indians. The NIIT Foundation held its first Skill-a-Thon for Tier 2 and 3 colleges in urban and rural areas in Northern India, using a focused campaign to attract students to career and Cisco Certified Technician (CCT) courses. This event attracted more students to CCT courses than the number of students who participated last year.

The organization also launched a pilot program to train people with disabilities on IT Essentials, with plans to scale beyond the current two locations, as well as a program to include India’s LGBTQIA+ community. And we have recently started a program to provide skills training to prison staff and inmates in Indian prisons.

Many underserved institutions in rural parts of India that lack resources and trained instructors have been exposed to the untapped power of the NIIT Foundation’s resources. NIIT even developed ATM-like “Hole-in-the-Wall Learning Stations,” making computers and the internet available for children who would otherwise not have access.

In India, Cisco Networking Academy currently boasts 328,000 students, with 864 partner organizations. Organizations like the NIIT Foundation are helping Cisco achieve its purpose of Powering an Inclusive Future for All.