The Cost of Delaying Action on Climate Change

The Cost of Delaying Action on Climate Change 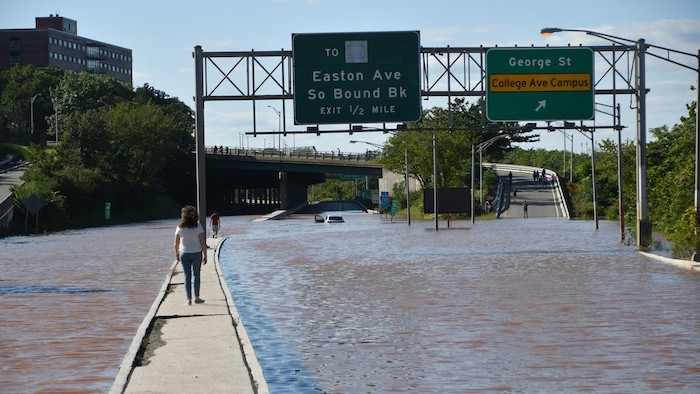 The transition to a decarbonized economy – whether we’re talking about deploying renewable energy resources, electrification of transportation, or R&D into grid-scale battery storage and carbon-capture technologies – is typically met with the same questions: How much will it cost? And where will we find the money?

For a challenge as far reaching as climate change, that’s a reasonable question. We should be striving for equitable, affordable solutions that leave no one behind.

The costliest impacts of climate change, in both lives and property, are growing worse by the year. At a time when many households are stretched financially, we should maintain our focus on affordability. However, we must also remember that, while there is a price tag attached to our clean energy transition, the cost of failing to act will be even higher.

According to new data from NASA and the National Oceanographic and Atmospheric Administration, 2021 was the sixth-warmest year in 142 years of recorded history. Last year also featured the second-highest number of billion-dollar weather and climate disasters on record in the Lower 48 states, according to NOAA’s new report. That’s not a coincidence.

Extreme weather events affect the lives and health of millions of Americans, destroy homes and property and disrupt economies – providing evidence of the rising costs of dealing with global warming with every passing year. What’s more, as extreme weather events grow more frequent, more dangerous and more expensive to recover from, it is increasingly clear that the cost of addressing the causes of climate change, as well as the health and environmental impacts that are already here, ultimately will still be cheaper than the cost of doing nothing at all.

Take one example: The House-approved version of President Biden’s Build Back Better plan contains $555 billion in spending proposals for climate and clean energy efforts over the next 10 years. Meanwhile, the estimated cost of 2021’s extreme weather events is upward of $145 billion and nearly 700 lives lost. And that’s just one year. The largest event of 2021 was Hurricane Ida, whose powerful winds and record flooding were supercharged by climate change – with damage estimated at $75 billion. Unfortunately, the greenhouse gas emissions that trap the sun’s energy and cause global warming are moving in the wrong direction. After global emissions dropped in 2020 as a result of the COVID-19 pandemic, worldwide electric demand grew 6% in 2021, leading to an increase in GHG emissions, as well as the biggest jumps in more than a decade. U.S. emissions rose at a similar rate, driven by a surge in coal use brought on by rising natural gas prices.

That raises another important point: America’s recent emissions reduction successes have been largely the result of the economics – abundant natural gas that costs less than coal – and are NOT related to actual environmental or carbon-reduction policies. Last year’s rising emissions proved this point. Once the economics of gas became unfavorable, power producers turned to cheaper coal, driving emissions back up.

That should bring greater focus on the need to recognize the economic impacts of carbon emissions, whether through a price on carbon or tax incentives for carbon-free energy sources. Without the economic systems or policies in place driving toward a goal, such as a carbon pricing mechanism driving toward net-zero emissions, U.S. emissions can be influenced by factors as simple as an uptick in the price of gas. This is just one of several viable solutions to help us act on climate change today.

Climate change is here and it’s one of the most daunting challenges we face. From wildfires to extreme temperatures to record-setting floods, climate change already is costing us a tremendous amount. Addressing the human activities that are causing it comes with a cost, too. But extreme weather events will force us to divert billions of dollars from critical climate change efforts every year – impeding our ability to reach our global carbon-reduction goals and avoid ever-worsening impacts of our changing climate.

Addressing climate change will be expensive – but not nearly as expensive as delay.