NEW YORK and SALT LAKE CITY, JANUARY 18, 2022 /CSRwire/ - As lawmakers in Utah get ready to take up a historic Republican-led bill seeking to repeal the state’s death penalty, more than 240 business leaders have declared their opposition to capital punishment. They decry it as “irreconcilable with human dignity” and an “ineffective misallocation of public resources” - and have signed a declaration calling for its abolition everywhere.

The Business Leaders Against the Death Penalty campaign was launched by Virgin founder Sir Richard Branson last March, and has rallied some of the world’s most influential figures to help end the practice. Regarding the Utah bill, Branson writes:

“Utah has a historic opportunity to do away with a deeply flawed and inhumane form of punishment. By speaking up against the death penalty, business leaders join a broad movement that also includes a growing number of prosecutors and victims’ families. They know first-hand that the death penalty fails to deliver justice. It’s time to end it for good.” 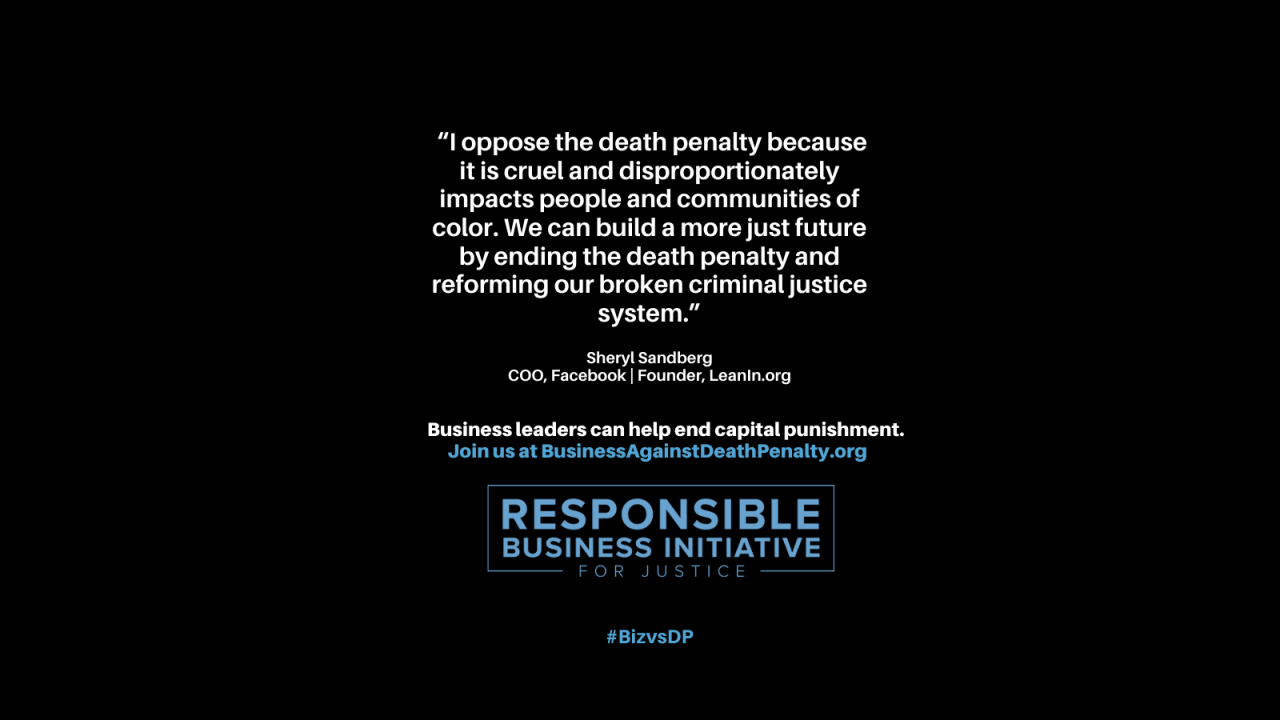 Supporters of the business campaign point to capital punishment’s exorbitant cost in the face of its many failings. This outrage is echoed in the local movement. Utah’s state and local governments have spent approximately $40 million over 20 years on capital cases – and only funded two sentences. Concerned business leaders also highlight its considerable reputational cost. Most Americans now prefer alternative punishments for murder, and the continued use of capital punishment makes the state appear increasingly out of touch with modern values.

This price tag becomes even more unacceptable considering the death penalty’s ineffectiveness – and renders its continued use unjustifiable. As former President of NRG Energy and Park City resident David Crane points out:

“No evidence exists to support the idea that capital punishment makes people safer. Certain recent heinous crimes in Utah bear witness to this. As a conservative and deeply moral State with an intense commitment to the sanctity of human life, ALL human life, Utah now has the opportunity to lead - by turning away from capital punishment, the only justification for which is retribution.” 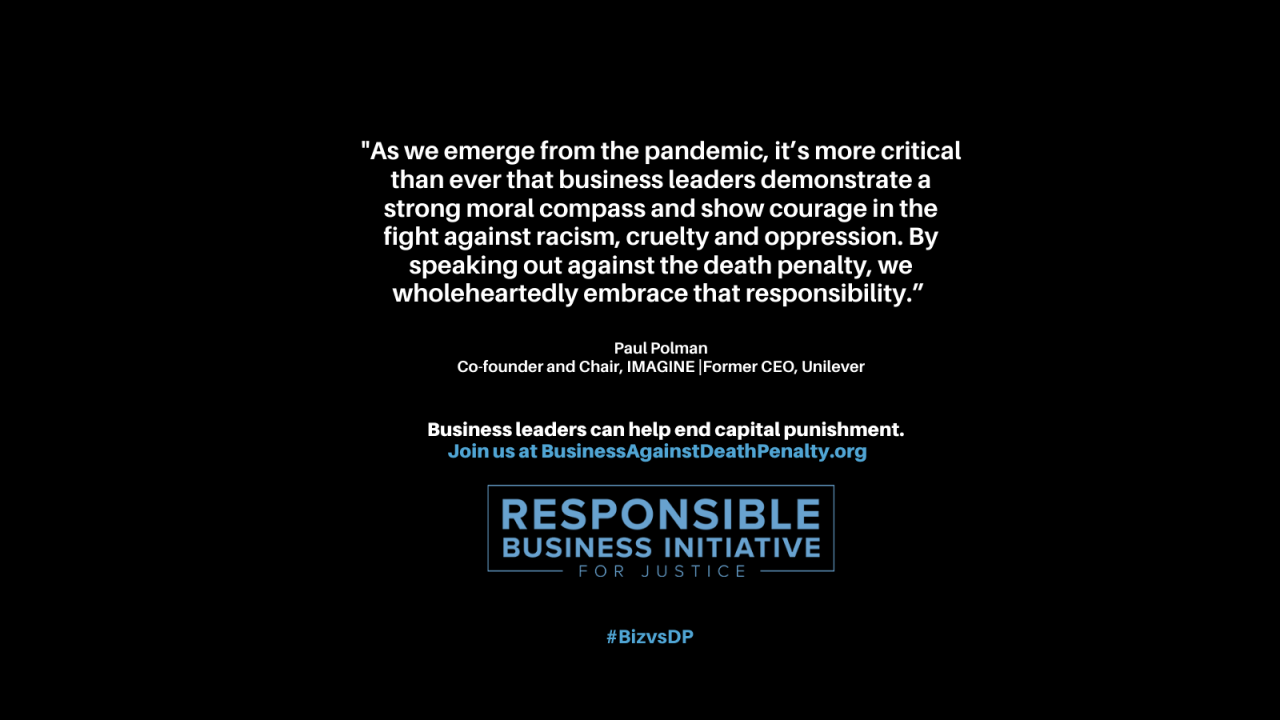 Since its launch in March 2021, Business Leaders Against the Death Penalty has gained unprecedented support and counts among its supporters Salesforce CEO Marc Benioff, Facebook COO Sheryl Sandberg, Bayer CEO Werner Baumann, Unilever CEO Alan Jope and Utahn Jared Smith, cofounder of tech giant Qualtrics. The full list of signatories and declaration can be found here. The campaign is being coordinated by the Responsible Business Initiative for Justice, whose founder Celia Ouellette writes:

“The unprecedented support for abolition in Utah demonstrates the extent to which the tide has turned on the death penalty. States, both red and blue, are increasingly waking up to its glaring flaws, and are choosing to stand on the right side of history. By joining the fight, business leaders are doing the same.”

The Responsible Business Initiative for Justice (RBIJ) is an international non-profit organization working with companies to champion fairness, equality, and effectiveness across systems of punishment and incarceration. RBIJ engages, educates, and equips businesses— and their leaders — to participate in meaningful advocacy on key justice issues, support policy-specific reform campaigns, and use their hiring, resources and operations to be a force for good in society.