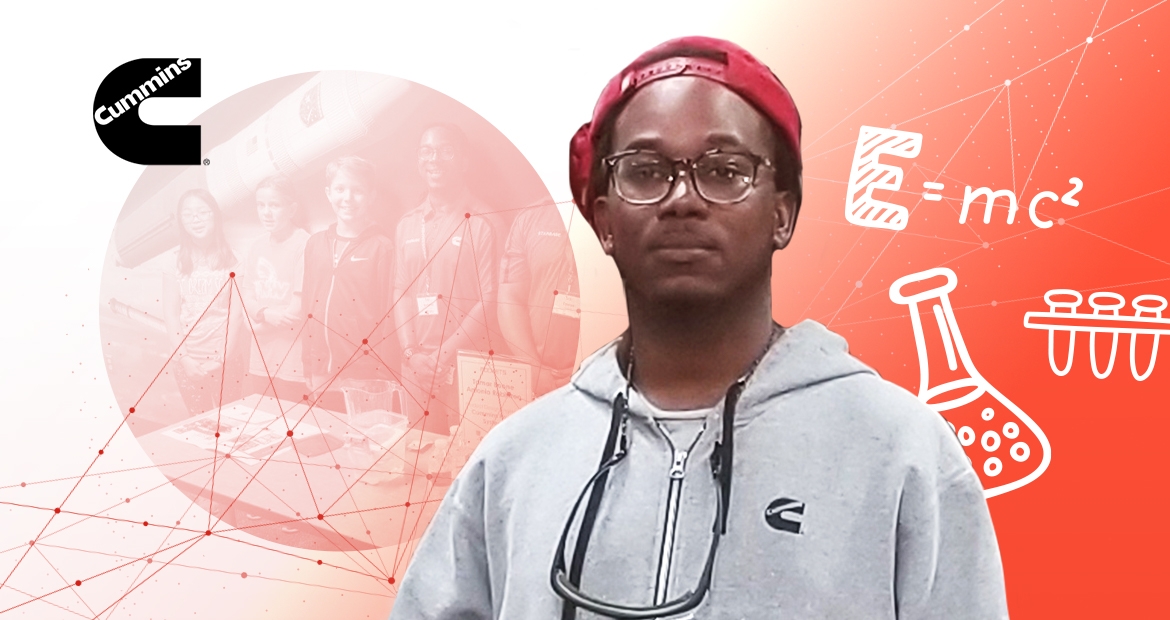 Whether he’s wearing his official engineers’ hat or his unofficial translators’ cap, Cummins Inc.’s Antonio Robinson enjoys a lot of freedom in his career.

“I’m a guy of many hats,” says Robinson in describing his role as an Electrical Senior Product Design Engineer, in which he deals with everything from platform running to internal auditing.

It was a literal hat that started his career with the global power leader. He was first introduced to Cummins back in college in Alabama when he was doing a co-op with another company that had a service contract with Cummins for its motorhomes.

“I remember the Cummins engineer was the happiest person there,” Robinson said. “So, I said to him one day, ‘Hey, how come you’re so happy coming down to the backwoods of Alabama every day to do your job’? And he said, ‘I love the company I work for. Cummins gives me all the freedom to do my job, without micro-managing me.’

“I told him that sounds good to me, so he encouraged me to apply,” Robinson recalled. “And he even gave me a Cummins hat, which I still have to this day.”

Five years later, Robinson is now working out of Minneapolis, Minnesota, and says the freedom he first heard about that day in Alabama still holds true today and is one of the things he most enjoys working for Cummins along with the company’s emphasis on diversity and inclusion.

Robinson serves as a Cummins’ liaison to the National Society of Black Engineers chapter in Minneapolis, helping out with campus recruiting. He’s also an “intern champion,” mentoring and guiding student interns.

“Cummins is very diverse. If you work here, you’re going to be exposed to different cultures,” Robinson said. “I’ve been on a team with people from Latin America, Africa, India, and Korea. It’s all a big web of different cultures.”

Everybody in a diverse setting brings special skills to their job, he said. Looking back at his own upbringing, he notices an unexpected benefit that he brings to work with him every day.

“Being born outside America, I was never the guy with the perfect clean-cut English, but I would enjoy interacting and talking with all types of people,” Robinson said. “We have meetings with different suppliers from out of the country, and they'll start talking and sometimes it can be hard to understand them – but I can. I really think of it as a gift, and it makes working for such a big, culturally diverse company like Cummins that much more enjoyable.”

Robinson says he enjoys getting people to come together to achieve their common goals. He’d like to continue doing that on all his projects as he keeps advancing in his career, enjoying the journey and all the people he shares it with.

“Because at heart, I’m a people person, and what COVID taught me is – I hate staying at home,” he said. “I need to come into work and touch stuff and play with new parts and interact with my team every day.”