Five Ways the Olympic Winter Games Will Be Greener: From Eco-Friendly Ice Rinks to Recycled Buildings 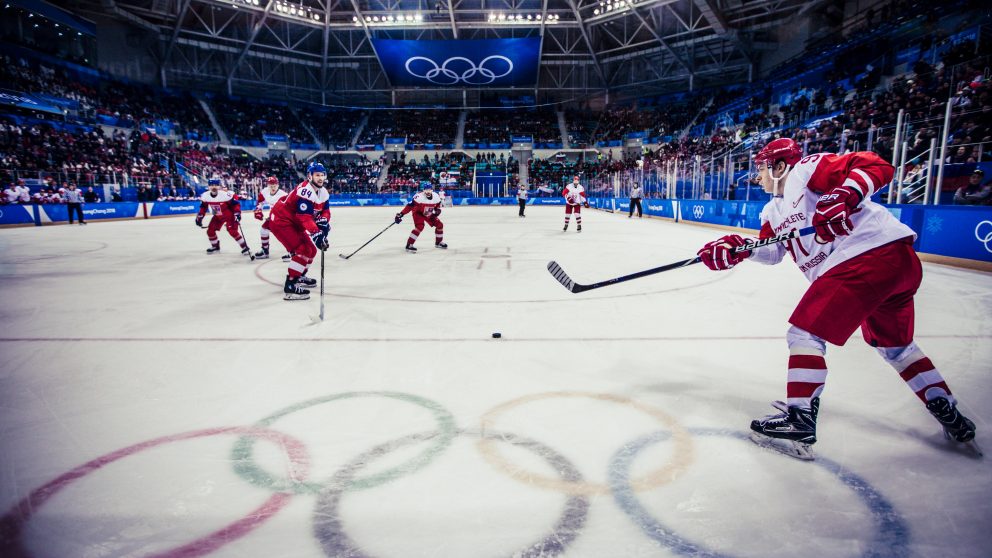 Figure skating, ice hockey and curling at The Winter Olympics are about to get greener.

The Olympic Winter Games Beijing 2022 will feature eco-friendly refrigeration systems at ice venues when the event kicks off in February, part of the Olympic movement’s push to cut greenhouse gas emissions.

The International Olympic Committee (IOC), the organizer of the world’s largest sporting event, has pledged to reduce emissions by 30% by 2024 and 50% by 2030.

As scrutiny increases globally of the feasibility of eco-friendly claims, we asked Michelle Lemaitre, the IOC’s Head of Sustainability, to plot for us the Swiss-based organization’s roadmap towards greener Olympic Games.

“The majority of our carbon footprint is travel, so this is going to be the most significant area of focus for us, and obviously the most difficult as well,” she told Alizila.

Last year, more athletes and sports bodies attended the UN Climate Summit, better known as COP26, where delegates sought to keep the world’s temperature within 1.5ºC of what it was mid-19th century.

“It is great to see an increased ambition [to tackle climate change] across the sports world. Now, we have to move beyond commitments to produce results,” said Lemaitre, who was also in Glasgow for the Summit.

We lay out five key ways the IOC is acting to shrink its carbon footprint below:

Cloud computing has developed to the point that it can make virtual participation at events a more viable and cheaper alternative to jumping on a plane.

“The most important benefit of cloud is fewer people need to travel to-and-from a location,” said Lemaitre, who did not travel to Olympic Games Tokyo 2020 this year but collaborated with colleagues in Japan from her office in Lausanne, Switzerland.

The Olympic Broadcasting Services, the organization responsible for beaming the sights and sounds of the Olympic Games to billions of viewers’ screens worldwide, partnered with Hangzhou-headquartered Alibaba Group’s cloud computing arm, Alibaba Cloud, to move the backend of broadcasting to the cloud in time for Tokyo 2020. Alibaba was the official cloud technology and e-commerce services partner of Tokyo 2020.

The footprint of the International Broadcast Centre, the media hub for televising Tokyo 2020, was about 30% smaller than at Rio 2016 and roughly a quarter fewer broadcasters were present, while hours of footage created rose by about 30%.

Fans were stopped from entering the stadia at Tokyo 2020 to limit the spread of the coronavirus. However, the IOC created a Virtual Fan project, whereby viewers could still upload photos of themselves supporting athletes. There were over 250 million virtual cheers from around the world during the Games.

Plans for Beijing 2022 include extensive use of 5G technology that will enable greater use of the cloud, allowing overseas spectators that cannot physically attend the Games to participate virtually.

One of the biggest decisions that the IOC makes is choosing which city will host the Olympic Games, and an increasingly important part of the pitching process is sustainable venues.

The IOC and host cities are also making decisions earlier in the planning process about whether a new venue is even needed or not. If it is, then the IOC considers capacity, location and materials from a sustainability angle and if the local community will use the building in the future.

“Venue optimization encompasses many aspects, including relevant authorities asking themselves the right questions regarding need, local support and long-term objectives before making any decisions,” said Lemaitre.

All competition venues at Beijing 2022 will be powered by 100% renewable energy; solar and wind being the primary sources. Beijing 2022’s ice venues will use natural and low carbon emission CO2 refrigeration systems. “This is a first, for both for China and the Olympic Winter Games,” said Lemaitre.

Five of the six venues at Beijing 2022 will be legacies from Beijing 2008, such as the Bird’s Nest stadium for the opening and closing ceremonies, the Water Cube aquatics center to host curling, while the former basketball courts will house ice hockey competitions and the volleyball courts, short-track speed skating. The Beijing 2022 Organising Committee has also regenerated a former industrial site on the west side of Beijing for its office headquarters.

With 95% of venues pre-existing or temporary, among other measures to avoid and reduce carbon emissions, Paris 2024 aims to halve the carbon footprint of previous Olympic Summer Games.

Paris 2024 will also compensate more than 100% of its residual emissions and will use its influence to develop long-term carbon compensation projects, becoming the world’s first Olympic and Paralympic Games with a positive contribution to the climate.

The Olympic and Paralympic Games LA28 will build no new permanent venues as part of their radical reuse ambition.

Despite the deployment of technology and careful planning the IOC is budgeting for remaining emissions, which it plans to offsett mainly through its Olympic Forest project.

The organization plans to plant around 355,000 native trees across 90 villages in Mali and Senegal – host of the Youth Olympic Games Dakar 2026 – covering a combined area of around 2,120 hectares.

The Olympic Forest is expected to sequester 200,000 tonnes of CO2 equivalent, which is more than the IOC’s estimated emissions between 2021 and 2024 and is roughly equal to the emissions of about 32,000 return flights from Geneva to Tokyo.

The IOC will start planting mid-next year, said Lemaitre, continuing through to 2024.

The Olympic Forest is part of a bigger project, known as the Great Green Wall initiative, restoring degraded landscapes across Africa’s Sahel region. Over 20 countries across Africa are taking part in the initiative and more than eight billion dollars have been mobilized and pledged for its support.

Lemaitre said tackling something as large as deforestation in Africa would be difficult in isolation, so being part of a project already in place and has support and expertise on the ground is an integral part of future success.

The IOC has published responsible sourcing guidelines for sport event organizers to help them source more sustainable materials to use at events. The documents rate the sustainability of materials and inform suppliers which products are recyclable.

“It is important for the IOC to use its influence to create or incite positive climate action across the Olympic Movement,” said Lemaitre.

The IOC’s Olympic Partners (TOP) also help to promote the circular economy at the Olympic Games.

In collaboration with the Tokyo 2020 Organising Committee, P&G collected 24.5 tons of recycled plastic – the equivalent of around 400,000 laundry detergent bottles – to create the 98 medal podiums used at the Games. As well as engaging the Japanese public with the Games, the program provided an opportunity to educate people about responsible consumption and the circular economy.

Using The Dow Chemical Company’s technology a pilot project to recycle Tokyo 2020 banners into flower pots was successfully implemented. With event banners often being incinerated or going into landfill after use, the recyclable material created by Dow resulted in about 30-35% fewer greenhouse gas emissions over the product lifecycle compared with incinerated conventional banners.

Addressing climate change involves both adaptation and mitigation measures. As summers become warmer, the IOC has increasingly had to think about the impact of rising temperatures on athletes, event organizers, volunteers and fans.

“The IOC comes at this from many different angles as everything is linked, with many synergies and knock-on effects. It is definitely a team approach. Teams such as sports, medical, venue operations and sustainability, to name a few, are consulted and provide input,” said Lemaitre.

The IOC has also been working with partners to mitigate health concerns. Alibaba deployed a cloud-based solution to help Tokyo 2020 onsite staff reduce the risk of getting heatstroke.

The technology helped keep track of body temperatures and heart rates through an intelligent ear-worn device. Alerts were sent to those at high risk along with recommended preventative measures – such as drinking more water.

For more coverage of the Olympics visit our sports hub, or for news on climate-change mitigation, visit our sustainability page