Amid the COVID-19 pandemic backdrop, Enviva made important progress on core commitments supporting people and forests and combatting climate change

Amid the COVID-19 pandemic backdrop, Enviva made important progress on core commitments supporting people and forests and combatting climate change

The second annual report takes a comprehensive look at the year 2020 and focuses on three key topics that define Enviva’s mission: People, Forests, and Climate Change. The report addresses how Enviva mitigates climate change by displacing fossil fuels in energy, heat, and industrial applications as well as pledging to be Net Zero in its own operations by 2030; improving generational ownership of forest land in the U.S. Southeast; enhancing biodiversity and verifying Enviva’s sourcing practices through an independent audit; and driving positive economic and social impact in the communities where the company operates, all while keeping people safe during the COVID-19 pandemic. Enviva’s second annual Corporate Sustainability Report is intended to provide a transparent update on the progress made toward the goals outlined in its inaugural report. 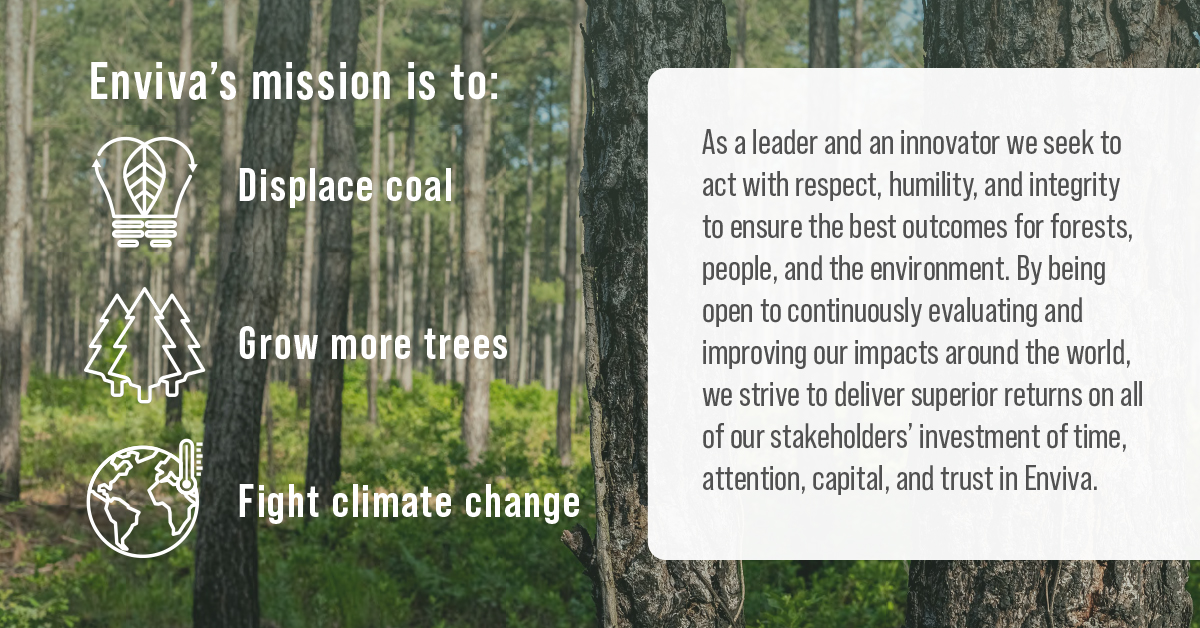 “Over the last two years, we’ve participated in the urgent action required to make headway on the accelerating global climate crisis as well as become a critical part in overcoming the immense challenge economies around the world face in phasing out fossil fuels by 2050. With this in mind, Enviva’s sustainability journey continues to accelerate,” said John Keppler, Chairman and Chief Executive Officer at Enviva. “Looking ahead, Enviva’s renewable wood resources are a potential solution for major industrials like jet fuel refiners and steel, lime, and cement manufacturers to help decarbonize their production processes. We are proud of the progress we made on the sustainability of Enviva and the positive impacts we have made on people, climate, and forests and look forward to the new horizons we expect to reach.” 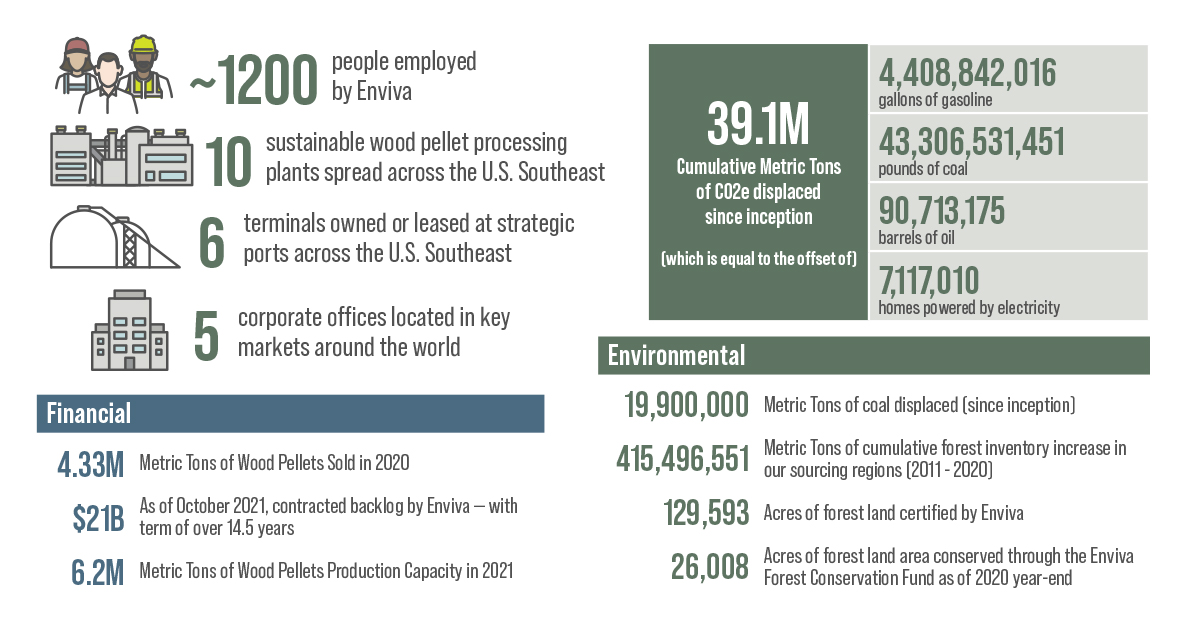 Below is a brief snapshot of accomplishments reported on in the second annual Corporate Sustainability Report:

Empowering Our People and Communities 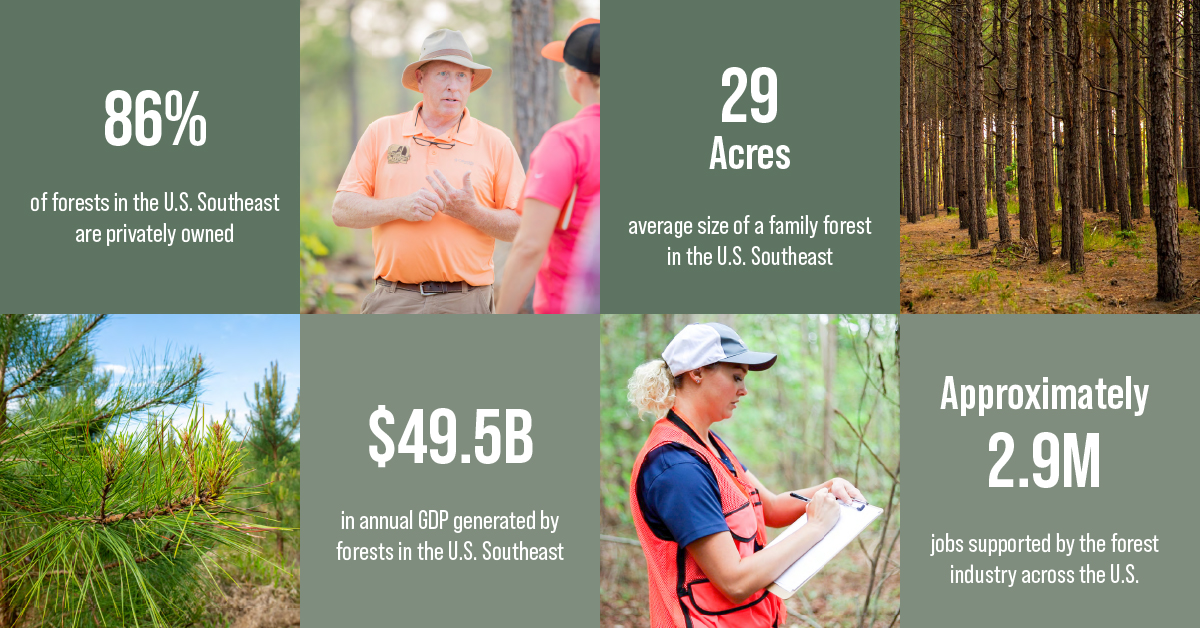 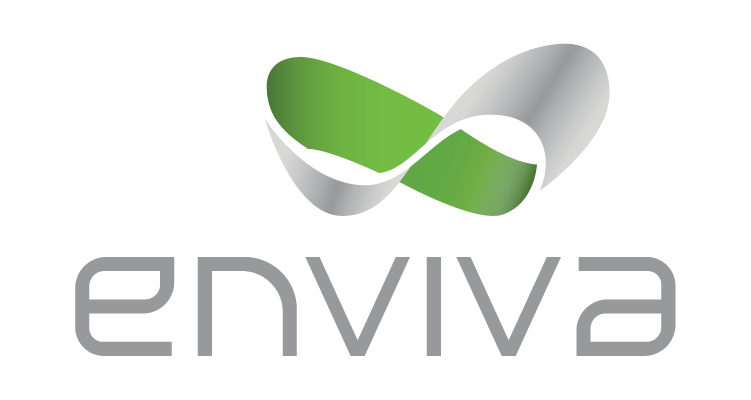 Enviva Inc. (NYSE: EVA) is the world’s largest producer of industrial wood pellets, a renewable and sustainable energy source produced by aggregating a natural resource, wood fiber, and processing it into a transportable form, wood pellets. Enviva owns and operates ten plants with a combined production capacity of approximately 6.2 million metric tons per year in Virginia, North Carolina, South Carolina, Georgia, Florida, and Mississippi. Enviva sells most of its wood pellets through long-term, take-or-pay off-take contracts with creditworthy customers in the United Kingdom, the European Union, and Japan, helping to accelerate the energy transition and to decarbonize hard-to-abate sectors like steel, cement, lime, chemicals, and aviation fuels. Enviva exports its wood pellets to global markets through its deep-water marine terminals at the Port of Chesapeake, Virginia, the Port of Wilmington, North Carolina, and the Port of Pascagoula, Mississippi, and from third-party deep-water marine terminals in Savannah, Georgia, Mobile, Alabama, and Panama City, Florida.