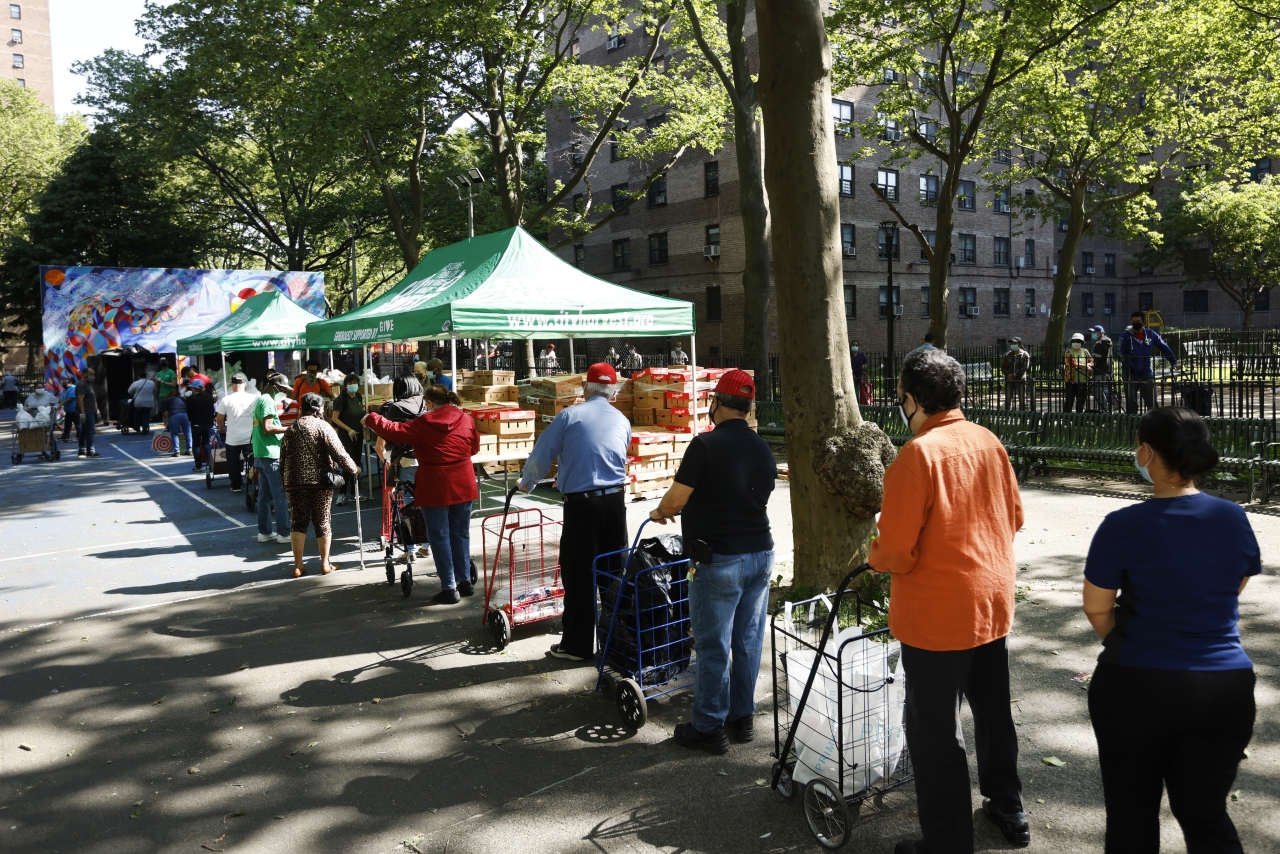 The Transformational Tech series highlights Cisco’s nonprofit grant recipients that use technology to help transform the lives of individuals and communities.

Food insecurity is defined as the lack of consistent access to enough food to live an active, healthy life. According to Feeding America, more than 38 million people, including 12 million children, face food insecurity in the United States.

Food pantries offer a vital resource for people facing food insecurity. Yet the food assistance framework has not seen any significant innovation or tech implementation to deepen its impact in decades. The chronic lack of adequate staffing and data insights results in information delays and inventory control issues. But leaders in New York City’s emergency food network have come together to cut down food pantry waiting lines and enhance dignity for people experiencing food insecurity.

In 2015, a group of nonprofits and government agencies, known as the NYC Food Assistance Collaborative, came together to address inefficiencies and inequities in emergency food distribution across New York City. Over the years, they discovered some pain points, including long wait lines; lack of convenient and sustained operating hours; and the outmoded use of paper sign-ins, transactions, and bookkeeping.

In response, the Collaborative created Plentiful. Launched in 2017 and jointly managed by City Harvest and the United Way of New York City, Plentiful is a web platform and mobile app that food pantry clients can use to make reservations for food pickup, reducing wait times and increasing convenience. Hillel Herzfeld, principal institutional partnerships officer at City Harvest, explained, “Plentiful was initially created to increase the efficiency of the emergency food network in New York City and to promote client dignity.” This first-of-its-kind offering is available in nine languages, based on the most commonly used languages among those accessing the Supplemental Nutrition Assistance Program (SNAP) in the city.

“Plentiful’s translation capability was the greatest idea they had,” Pedro Rodriguez, the director of La Jornada NY Food Pantry explained. “It changed the way we communicate with our clients. What used to require hours of manual translation and outreach can now be done nearly instantaneously, and in the client’s preferred language—it’s incredible!”

The sign-up and reservation process is simple: Clients register for the free service through the web platform or any mobile phone (iOS and Android) and then reserve a time to pick up their food (anywhere from five minutes to three months in advance), avoiding the long wait lines that can take hours to get through. They get reservation reminders and receive information on what produce is available via automatically translated messages.

Results were immediate and noticeable. “The lines decreased from 1.5 hours, on average, to approximately 10 to 15 minutes,” Hillel stated. “Not having to wait in a long line and being able to come, not only to a pantry that’s convenient, but also to be able to communicate with pantries—that all speaks to the way that client dignity has increased in the food pantry experience due to Plentiful.” No longer do clients need to take time off work, find childcare, wait in hours-long lines, or wait at multiple pantries just so they can get their basic nutritional needs. Bryan Moran, director of DevOps at City Harvest, agreed: “From the client’s perspective, for the first time, they’re able to find pantries and know the hours are up-to-date.”

As with everything, COVID-19 had a staggering effect on food insecurity. Bryan mentioned that “April 2, 2020 was the first time Plentiful broke 500 new users who texted a food pantry. And through the pandemic, we saw as many as 5,000 people making reservations in a day.” Even with all the new users added into the Plentiful ecosystem, they needed some help scaling their efforts to a platform that could serve more people at a lower cost per user.

Plentiful was originally built using an SMS-based text message system. “SMS works from a technical perspective, but from a cost perspective it is not scalable. Every SMS interaction is, on average, several text messages long,” Bryan pointed out. “You quickly end up with thousands of dollars’ worth of SMS bills a month. The same transaction that costs roughly 3.8 cents on SMS, cost less than a 3,000th of a cent on Android and iOS and everything else.”

With a commitment to focus on helping start-ups that address critical human needs, the Social Impact Investment team at Cisco knew that partnering with Plentiful could be symbiotic. What really struck the Cisco team about Plentiful was how they use technology to make the user experience better both for the food pantries and for the end users.

With a grant and continuing support from Cisco, Plentiful could finally migrate away from an SMS-based process and over to a web-based platform. It’s all self-service registration now. You can just go on a website and sign-up—so people who don’t have mobile phone access can still use the Plentiful app.

“The web application, which Cisco is supporting, is so transformational in both allowing us to continue to operate Plentiful and enabling us to grow in a way that wasn’t sustainable previously. It could have a national impact,” Hillel added.

The next three to five years …

Plentiful currently services nearly 250 food pantries in the New York City area, with short-term plans for growth within the city and external markets. Other short-term goals include adding contactless check-in, the ability to include information for government benefit programs on individual accounts (SNAP, WIC, etc.), guided support tutorials for pantries and clients, and establishing a plan to scale the platform nationally.

“To be honest, we’ve been trying to build some of this for a couple years and have been trying to get the funding for it,” says Bryan of City Harvest. “Cisco’s partnership came through during a crucial time when we had the opportunity to scale to meet the tremendous need for emergency food throughout the city. Now we’re in a place where we can talk about reaching 90 percent of New York City’s pantries. That wasn’t a conversation that we previously could have had without the web application supported by Cisco.”

At Cisco, our approach is to invest in early-stage technology solutions that have measurable outcomes and that can scale and be replicated. This is the stage where funding is most needed and where we can make the biggest difference. Learn more about our Nonprofit Partnerships and Grant Programs.