Entergy CEO: We Have An Opportunity to Help Industrial Customers Achieve Their Own Carbon Reduction Goals 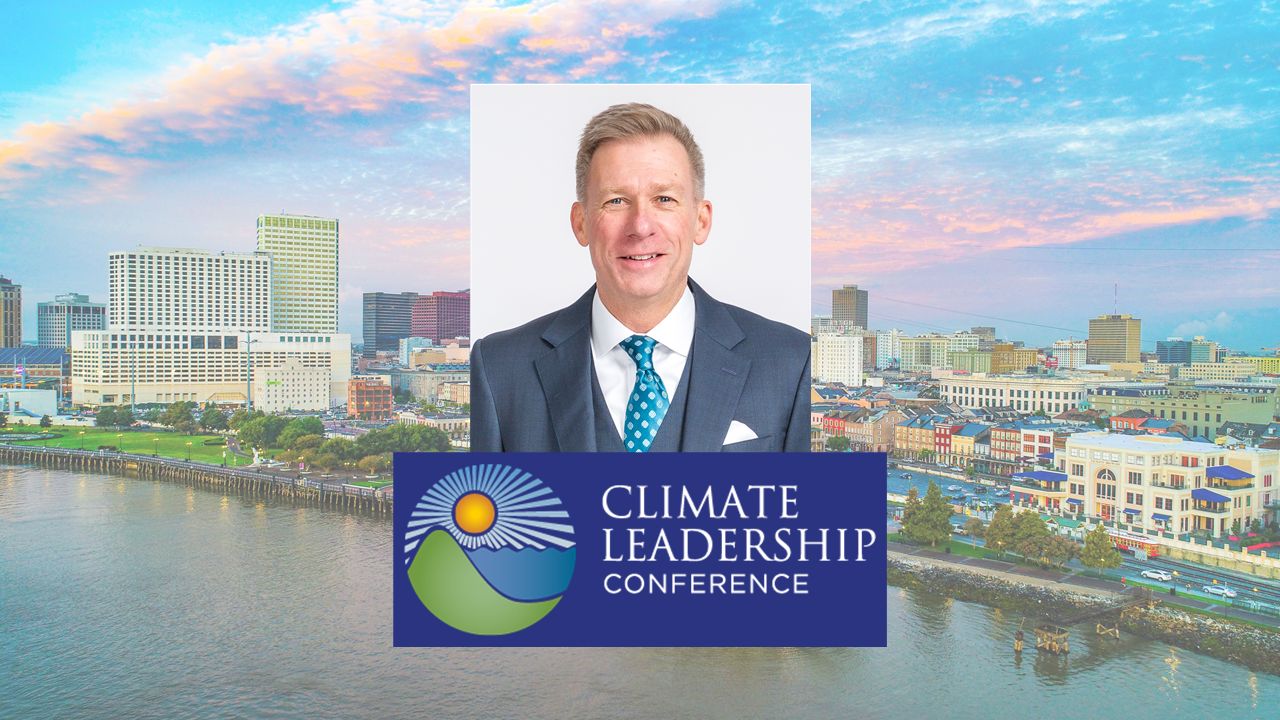 As part of the 10th annual Climate Leadership Conference, Entergy's Chairman and CEO Leo Denault participated in an executive panel discussion with American electric utility leaders on the pivotal role these companies will play in removing carbon emissions from the air by mid-century.

Denault highlighted how Entergy's large industrial customer base allows for unique partnership opportunities to provide cleaner energy solutions both to meet those customers’ existing electricity needs and to support removing carbon emissions from their operations. Watch the conversation here.

Later in the conference, Entergy and Denault were both recognized with a national Climate Leadership Award for accelerating the company’s carbon-reduction strategy and advancing climate resilience initiatives for the Gulf Coast region.

The company has committed to reducing its carbon emissions footprint of its power generation portfolio to net-zero by 2050. Entergy is proud to have been the first electric utility in the United States to voluntarily stabilize its greenhouse gas emissions in 2001. Watch the awards showcase ceremony of Denault accepting on Entergy's behalf here.